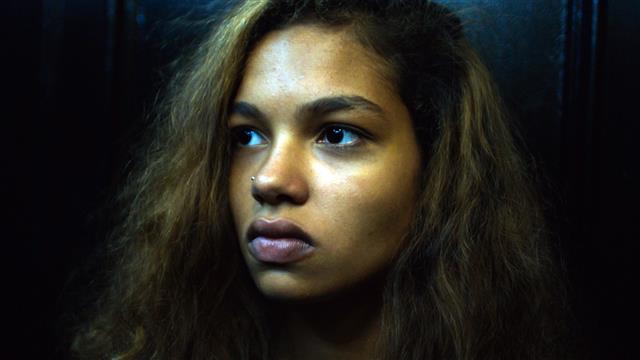 New to Streaming: ‘Madeline’s Madeline,’ ‘The Night Comes for Us,’ ‘Galveston,’ and More

Writer-director Jim Hosking seems determined to entertain–and divide. From a segment in The ABCs of Death 2 to his feature debut The Greasy Strangler, it was made crystal clear that Hosking has a fascination for deviants and dark comedy. With An Evening With Beverly Luff Linn, he lands on a sort of strange hybrid between David Lynch and Napoleon Dynamite. Incorporating the uncanny valley of the former and the indie ineptitude of the latter, the result is an off-kilter, at times hilarious film that nevertheless loses some of its impact as it stumbles through its own delirium. – Mike M. (full review)

Adapted from the novel by Nic Pizzolatto, the fourth feature from Mélanie Laurent, Galveston, focuses on perhaps the least interesting part of its narrative, closing on a scene that would have made for a better beginning of a movie than the beautifully lensed but derivative road movie it ends up being. – John F. (full review)

The Night Comes for Us (Timo Tjahjanto)

When considering writer-director Timo Tjahjanto’s new film, it will be difficult to omit two words: The Raid. Similarities between the two certainly have their veracity, with overlapping stars and head-cracking choreography at the forefront of these comparisons. Akin to The Raid 2 in particular, Tjahjanto blends emotion and scale with close-quarter savagery to craft an experience both exhilarating and exhausting. Yet The Night Comes For Us manages to carve its own brutal path, leaving in its wake a pile of bodies and a measure of emotional heft that stand as its own achievement. – Mike M. (full review)

A powerful DIY film cobbled together from testimonials, iPhone videos, and home movies, Rudy Valdez’s personal documentary The Sentence explores the personal toll of mandatory minimum drug sentences on a family. Cindy, the one who pays the highest price, was not a mastermind behind a drug empire, she was simply in the wrong place at the wrong time. Six years after the death of her drug-dealing boyfriend, a happily married mother of three who has turned her life around is charged and arrested by the US Marshals and sent to federal prison for a 15-year sentence imposed by a judge who lacks the latitude to see the injustice. – John F. (full review)

Three Quarters
Ears, Nose and Throat
Ada Kaleh
Season of the Witch
Line of Demarcation
The Swindle
The Wolf House