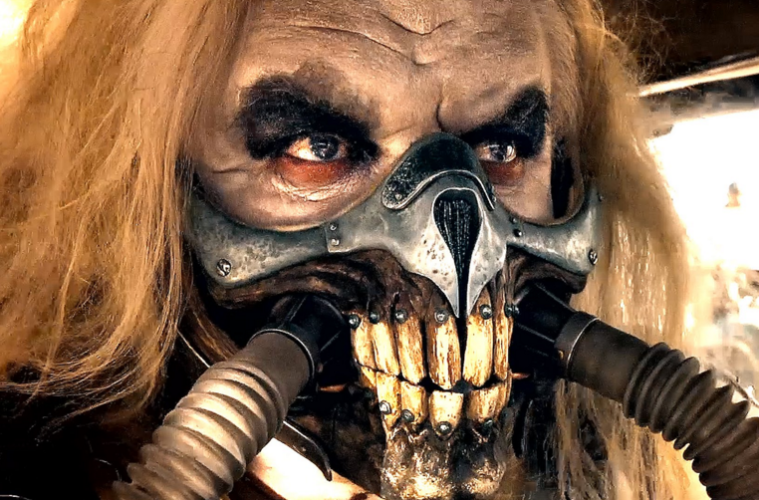 Seeking out substantial leading characters of complexity within independent dramas in recent years, Richard Gere has delivered accomplished performances in Arbitrage and Time Out of Mind. He’s now found another with the directorial debut of Andrew Renzi, which follows Gere as the title character, a profoundly rich philanthropist who enjoys helping out those close to him while he struggles with his own demons of addiction. While this set-up could pave the way for a dismal odyssey into depression, Renzi’s warm tone and Gere’s spirited performance make this a cut above the standard drama about dependence. – Jordan R.()full review)

Premiering out of competition at the Venice Film Festival, Scott Cooper’s Black Mass goes deep inside Boston’s underworld to chronicle the life of real-life gangster James ‘Whitey’ Bulger (Johnny Depp) and the peculiar ‘alliance’ he struck with some FBI agents to fast-track his criminal career. Adapted from Dick Lehr’s book on Bulger, Black Mass is a solid, straightforward if not particularly memorable addition to a genre that has seen a number of illustrious contributions in recent years, from Eastwood’s Mystic River to Scorsese’s The Departed and Affleck’s The Town. – Tommaso T. (full review)

A perfect dish sets itself apart with intricacies only attested by its creator, after toiling in the kitchen iteration after iteration until reaching a culinary paragon. Despite the amount of delectably photographed dishes, the drama in Burnt unfortunately feels undercooked and watered down. The latest film from director John Wells is no doubt a more free-spirited and entertaining offering than his previous, August: Osage County, but the lingering sense of a darker drama often clashes with its upbeat tone. – Jordan R. (full review)

As its moniker suggests, one never quite knows that to expect when it comes to secret screenings during Fantastic Fest. At times they can be highly-anticipated titles that blow the doors off the venue or they can present films that had little-to-no demand that simply rock. This year was most certainly the latter as Goodnight Mommy (or Ich Seh Ich Seh) screened, a film I’m thoroughly convinced of its divisiveness and also one that I imagine will be highly rewatchable. There’s little doubt about the insanity within this chilling Austrian thriller. While the more vague the better, it is a cruel twisting narrative that too obviously telegraphs some aspects but also keeps a handful of the proceedings mysterious and is all the better for it. – Bill G. (full review)

As expected, Black hams it up as Stine, portraying the mild-mannered writer – who appears in a brief cameo – as an irascible misanthrope who describes successful stories as having a beginning, a middle, and a twist (appropriately, there’s a twist concerning Hannah that grown-ups will see coming from miles away). The manic funnyman brings his usual boundless energy to the performance, and while his hyperactive shtick has, as of late, proven tiresome, here his antics serve the absurd concept well. He’s aided by supporting cast members Ryan Lee, who displays some real talent as the nerdy best friend, and Jillian Bell, who steals the show as Zach’s flighty Aunt Lorraine. Bell caught my attention last year when she starred in 22 Jump Street, where she also upstaged Jonah Hill and Channing Tatum with her natural comedic chops. Hopefully, she’ll keep popping up. – Amanda W. (full review) I wanted to blame The Last Five Years‘ failure on the original musical’s creator Jason Robert Brown since director Richard LaGravenese and cast can only do so much if the material is lacking. But then I learned about a huge structural detour that occurred during the adaptation process. Whereas the off-Broadway show consisted of solos—Cathy’s (Anna Kendrick) beginning with the end of their relationship intertwined with beau Jamie (Jeremy Jordan) from the start, meeting just once at the midpoint’s wedding—the film delivers each event as a duet. Then, out of the blue, the finale confusingly reinstates the dueling format. It, along with many awkward transitional jumps, could have made much better sense if LaGravenese kept Brown’s framework intact. However, while this alteration proves detrimental to the movie, I can’t imagine Brown’s misguided romance works onstage regardless. – Jared M. (full review)

That George Miller returned to resurrect his Mad Max saga three decades after its last entry (the divisive Beyond Thunderdome) is, in itself, a certain sort of feat. That he produced an anti-patriarchal, post-apocalyptic, action-fantasy epic worthy of mainstream appeal is damn near achieving the impossible. But with the help of a stellar cast (led by Tom Hardy and Charlize Theron) and enough stunt people to fill ten movies, Miller introduced a new generation to his fully imagined world and all the carefully choreographed fight sequences and face-melting destruction that come with it. The fact that a film of such gloriously creative weirdness could become both a critical and box-office success makes me think there’s hope for us all. – Amanda W. Things get weird, and then some, in Patrick Brice‘s engaging and bizarre new comedy The Overnight. As with the majority of Duplass-produced features, we follow a couple (Adam Scott and Taylor Schilling) past their honeymoon phase, but before a level of veritable maturity. Having recently moved from Seattle to Los Angeles with their sole child, they are looking to make friends, which they end up finding at a local playground. Arriving with an over-confident presence is Kurt (Jason Schwartzman), a man of mystery and random knowledge who immediately attracts (or rather, effectively coerces) the couple to come to their house for a night of pizza so their children can bond.- Jordan R. (full review)

Five years after writer/director Debra Granik‘s sophomore effort Winter’s Bone earned four Oscars nominations including Best Picture, she returns to the big screen with a documentary spawned from her experience filming in Missouri. Far from a novice to the genre — she lensed a documentary called Thunder in Guyana before making her feature length debut Down to the Bone — it may still seem strange she’d follow an acclaimed work of fiction with an uncensored look at an old Vietnam War vet. But as she’d explain it, her craft as a filmmaker comes from documentary observation and to see Ronnie Hall isn’t to forget him. Nicknamed “stray dog,” this aging biker readjusting a solitary life to include a new wife is intriguing enough. Adding his tales of what came before makes it a must-see. – Jared M. (full review)

Most movies have time enough to explore one idea. World of Tomorrow, in one-eighth the runtime of your average film, somehow finds the space for every idea. Universal concepts regarding time, mortality, love, science, exploration, family, morality, and memory all exist in harmony with one another. The result is a dense, hilarious short that reaches staggering heights of emotional intensity while raising questions and teasing out ideas that no other film would dare glance at, let alone fully examine. Strange, beautiful, and unlike anything else in film this year, Don Hertzfeldt‘s creation stands as one of the most vital and interesting of 2015. – Brian R.

Everly (review)
In the Basement
The Ladykillers
When Animals Dream (review)