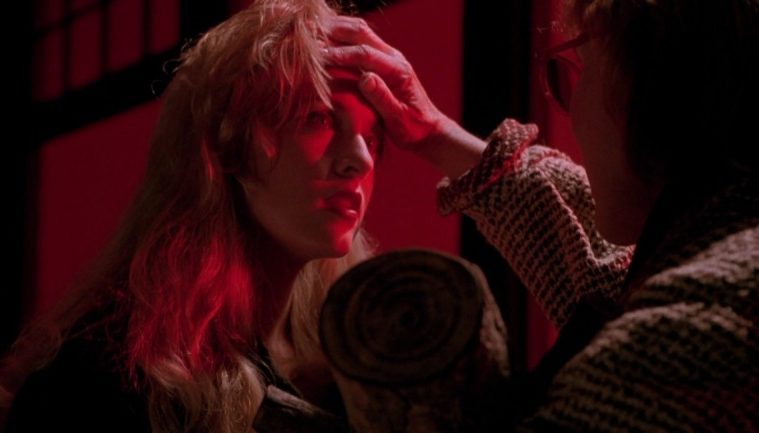 While watching Room, if one wished there was more laughs to go with the trauma, Brigsby Bear is the film you’ve been looking for. Dave McCary’s directorial debut is a film of imagination, adventure, and discovery, but also one too hesitant to challenge in its tone, traveling down a tiresome path of tropes. Nonetheless The Lonely Island-produced film proves to be a worthy comedic showcase for Saturday Night Live’s Kyle Mooney at his most socially awkward. – Jordan R. (full review)

Kiyoshi Kurosawa has ways of making it look easy, even unimpressive. To my knowledge, he has never made a film that’s less than a pleasure to simply observe, richly detailed in environment and carefully calibrated in composition, cutting, and gesture — masterclasses too focused on feeling (excitement, mystery, romance, and, most often, terror) to pronounce great pretensions. The latest (and first French-language) entry into his filmography, Daguerrotype, doesn’t stand with the Japanese auteur’s greatest work, nor as much of a great work in total, but it’s one we shouldn’t take for granted, in large part because it manages to strike the most elusive of moods: admirably boring. – Nick N. (full review)

It Happened in L.A. (Michelle Morgan)

One of my favorite discoveries at this year’s Sundance Film Festival was Michelle Morgan’s It Happened in L.A. (then going by the SEO-unfriendly title L.A. Times). As writer, director, and star, her voice was among the most unique I saw at the festival, mixing Whit Stillman’s sensibilities with a Wes Anderson-esque visual approach to deliver a sweet, distinct romantic comedy.  “In an age where the modus operandi of love-seeking is ever-changing, a film can feel immediately dated on its journey from script to screen, yet Morgan’s voice feels like one of the freshest on this particular topic in some time,” I said in my review. “Eschewing the insufferable nature of the bulk of today’s romantic comedies, It Happened in L.A. stands apart with striking style in its self-aware shallowness.”

Reflecting on a production that might have been just a little more interesting than the excellent film they were making, Jim & Andy: The Great Beyond – Featuring a Very Special, Contractually Obligated Mention of Tony Clifton is the hilarious and occasionally moving portrait of Jim Carrey’s time making Milos Forman’s 1999 Andy Kaufman biopic Man on The Moon. – John F. (full review)

Although it was marketed as an “abortion romantic comedy,” Obvious Child went beyond that basic moniker, using the set-up to mine humor from the fears and anxieties tied with such a personal decision. Writer-director Gillian Robespierre and star Jenny Slate have now reteamed in Landline, a 1995-set drama about the dysfunctional lives of one family in Manhattan. Refreshingly scraggly in its structure and plotting, with an enormous heart and affecting honesty permeating every scene, it marks an impressive step up for the duo. – Jordan R. (full review)

He never really left, but Steven Soderbergh is now officially back to movie-making and the results are top-notch. “It evinces so much of what’s made him that rare journeyman between arthouse and multiplex; and while one is by and large well-inclined not to presume much about career-sized intentions, a cursory glance reveals overlap after overlap,” Nick Newman said in his review. “It’s an easy-enough game of spot-the-predecessor — the heist mechanics of an Ocean’s movie, the working-class struggle of a Magic Mike, and, first most riskily and then most fascinatingly, the procedural iciness of a Side Effects or Contagion.”

Expanding her narrative scope but still retaining a level of aesthetic intimacy, Dee Rees’ Pariah follow-up Mudbound has the old-fashioned storytelling feel of a grand American novel. Based on Hillary Jordan’s 2008 book, the story takes place during World War II, and while it shows glimpses of the horrors of war, its larger aim is concerned with the racial divide of two families in the American south. Shifting point-of-views result in the drama taking a bit to find its footing, but after the groundwork is set, Rees is able to burrow deeper into the injustices — both piercingly subtle and horrifyingly grotesque — to create a powerful exploration of cyclical racism, with a touch of hope. – Jordan R. (full review)

The Trip to Spain (Michael Winterbottom)

Averting the bigger is better approach that plagues most franchises, The Trip series is attuned to life’s simple pleasures: cuisine, comedy, and companionship. For Michael Winterbottom, Steve Coogan, and Rob Brydon, their third outing, The Trip to Spain, refreshingly doesn’t stray from the charismatic formula that has resulted in perhaps the most delightful series of films this decade. Read my full review of the year’s funniest film so far.

Before it was revived, Twin Peaks was revisited in feature-length form by co-creator David Lynch. Twin Peaks: Fire Walk with Me explored the life of Laura Palmer, chronicling her descent into a personal hell and charting the events that would lead to her death, a moment that opened the show’s pilot. Unrestrained by television censorship laws, Fire Walk with Me was a darker, more twisted venture into the eponymous small town where Lynch let loose his vision of cruelty and heartbreak. – Mike M.

Crown Heights (review)
In This Corner of the World
Tulip Fever

Dead or Alive
Tharlo
Paths of the Soul
Zigeunerweisen
Pierrot le fou
I Cannot Tell You How I Feel
Dead or Alive 2: Birds