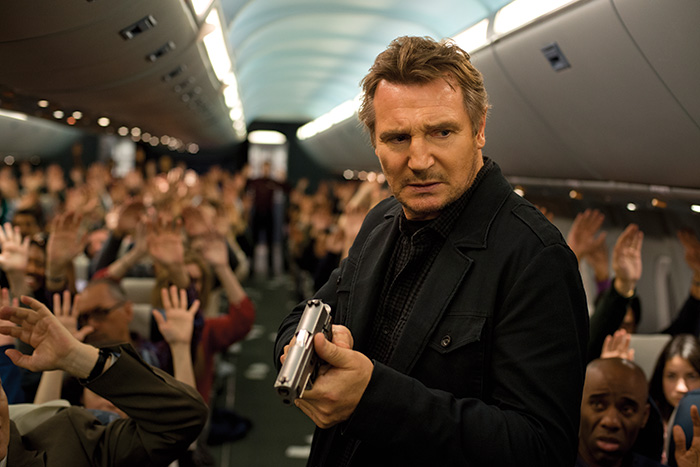 What does it mean to be a parent? To take a blanketed, personal responsibility for the good and the bad of your child’s actions? This question is at the heart of Călin Peter Netzer‘s Golden Bear-winning film Poziţia copilului [Child’s Pose], not just the singular relationship of lead actressLuminița Gheorghiu‘s Cornelia Keneres and her grown son Bardu (Bogdan Dumitrache). There is that—her overbearing matriarch refusing to let her only child out of her clutches despite his trying to move on and create a family of his own—but when he accidentally kills a young boy crossing the street, while speeding past another car, we watch their resentment tinged “love” compare with the victim’s family’s heartbreak to discover just how far a parent’s reach infers upon a child’s decisions. – Jared M. (full review)

Easily one of the strangest films at this year’s Sundance festival was the audacious and provocative Escape from Tomorrow, a film shot guerrilla-style in both Disneyland and Disney World without the permission of Mickey Mouse. The premise is simple: on the last day of their family Disney vacation, Jim (Roy Abramsohn) is laid off from his job, which serves as a catalyst for a hallucinatory Disney experience. As the spiraling spectacle of madness becomes more bizarre, complete with memorable Disney rides getting demonic makeovers, Escape from Tomorrow delivers an engrossing take on what the family vacation represents in corporate America. – Raffi A.

I Used to be Darker (Matthew Porterfield)

Matthew Porterfield, the newest cinematic bard of Baltimore, may see the city and its outlying districts differently than old pros like John Waters and Barry Levinson, but his vision is no less singularly passionate or believably vibrant. With Hamilton and Putty Hill, Porterfield proved he could see this sprawl and its inhabitants with a perceptive eye, capturing hopes and fears, triumphs and joys, gifts and flaws with a patient wisdom. With I Used to Be Darker, he nurtures and evolves his skills as storyteller and artist. Deragh Campbell as fleeing Irish teen Taryn is a low-key revelation; following Porterfield’s lead for dramatic realism and chaotic emotion, she gives a performance that aches with messy life. Darker features an added emphasis on music and the way the creative process can provoke and heal us, those effects infiltrating these people in much the same way loss perforated the community in Putty Hill. – Nathan B.

A thought seems to run throughout Leviathan: “Why does this exist?” For all the impressive fish-gutting, water-bobbing GoPro cameras and incomprehensible fishermen mumbling, it seems to a degree difficult to decipher its “point” so to speak. Yet in its frequent spatial disorientation, taking us more than often too close for comfort, to the point that we’re never really observing (except for in the instance of one sleepy fisherman), but rather smashed against its subject, some kind of new visual language seems to be found, or rather searched for. Overall, it’s a film that’s abrasive musicality is, if not punk rock, then — maybe more appropriately with its clanging chains — heavy metal. – Ethan V. Starring Toni Collette and directed by Megan Griffiths, Lucky Them is a strong character study centered around a Seattle rarely seen on film: infused with the history of indie rock and the dream of the 90′s. In fact, Collette’s Ellie Klug is still living the dream of the 90′s, working as a senior writer at Stax Magazine, a 20-year old publication led by Oliver Platt. Dealing with a corporate structure and electronic distribution, Platt’s pot smoking editor-in-chief is annoyed he has to attend shareholder meetings and add a life style section to his magazine. Deflection could have just as easily been another title for Non-Stop, because screenwriters John W. Richardson, Christopher Roach, and Ryan Engle (none of whom instill a stellar track record for Hollywood blockbuster success) have a lot of fun making sure to inject as many red herrings into the mix as possible. Even at the start we wonder if our prospective hero Bill Marks (Liam Neeson) could be the perpetrator, despite trailers leading us towards a frame job. His U.S. Marshal is an alcoholic, hot-tempered, and forlorn. A semi-threat to his boss about not getting stranded overnight in London shows he may be willing to act against the professionalism of the job. And with a liberal indictment of said career heard via his car radio, you wonder whether this whole endeavor may go beyond a simple hijacking. – Jared M. (full review)

After a short theatrical run last summer, one of the year’s most touching and relatable films is finally available to stream on Netflix. Following two strangers who discuss life, art, and love in Vienna, Jem Cohen‘s wonderful Museum Hours is easily one of the more overlooked releases in 2013. Whether it’s an intimate discussion between our two leads (Mary Margaret O’Hara and Anne Bobby Sommer) or an examination of a piece of art at the Kunsthistorisches Art Museum, Cohen continually captivates on a small scale. – Jordan R.

While this past fall saw the release of Nebraska, a dramatic effort from Saturday Night Live‘s Will Forte, it wasn’t his first. Earlier in 2013, Tribeca Film Festival hosted the premiere of Run & Jump, which features the actor in a supporting role. As we said in our review, it’s a film that will grow on you, slowly and subtly absorbing you into its world. With an observant structure, we are the third wheel in a tested marriage, following an American therapist, Ted (Forte) who arrives to a Ireland to document the recovery of Conor (Edward Macliam), a family man whose suffered a stroke.” – Jordan R.

Adapted from the 2008 novel by Margaret Mazzantini of the same name, Twice Born (Venuto al mondo) isn’t quite what it seems. When an aged Italian woman named Gemma (Penélope Cruz) receives a phone call from her past, we infer certain facts via hers and her husband’s (director Sergio Castellito‘s Giuliano) reactions. The mystery man in a photo on their fridge seems more important than a simple friend for who’s work is showing in Sarajevo. And as Gemma and son Pietro (Pietro Castellito) exit the plane in Bosnia, flashbacks of her first visit begin to unfold. It’s 1984 when she meets the lifelong friend Gojko (Adnan Haskovic) who called and its then that she falls for her one true love Diego (Emile Hirsch). Authentic to a fault in their love for one another and the struggle to be the person they believe their partner needs, we watch both grow tired from the strain and constant need to assuage any and all assumptions they have about what the other is thinking. Forever bonded, the journey life takes them on is full of unspeakable tragedy no attempt at optimism can hope to prevail against. Hardened by their experiences, it’s their duty to keep fighting for life, love, and happiness. Through the make-up putting close to two decades on Cruz’s face, still her vitality never dies. Hope will be born from darkness; good created from evil. And when you experience the defining cruelty driving her journey, you’ll know exactly what I mean. – Jared M. (full review)

Age of Uprising: The Legend of Michael Kohlhaas
The Angriest Man In Brooklyn