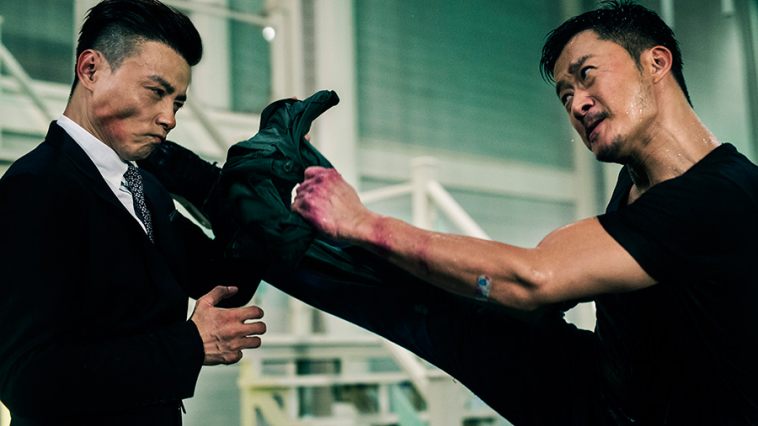 Ramin Bahrani made a name for himself with three independent films over the last decade, focusing on humanity’s daily struggles, reinvented foreign lives in America, and a fundamental sense of decency. With 2012’s At Any Price and this year’s 99 Homes, Bahrani has twice returned to the festival that launched his career, presenting the evolution of those themes. Not coincidentally, the worst years of the financial crisis stand between his acclaimed Goodbye, Solo and the tepidly received 2012 picture, and they must have had a profound effect on the direction of Bahrani’s filmography. With a broader canvas, flashier casts, and a more overt penchant for melodrama, At Any Price and 99 Homes single out agriculture and real estate as the catalysts of contemporary American sufferings. – Tommaso T. (full review)

On the surface, a black and white near-future film about advertising executives struggling to sell eyeglasses that augment reality in order to help fund their wealthy lifestyles is a recipe for pretentiousness, and yet Benjamin Dickinson’s Creative Control manages to avoid most of the simplicities associated with that kind of setup. Dickinson plays main character David while also co-writing and directing the feature that follows his struggles to move up the ladder of his company while also balancing an eroding personal life. While the setting, color scheme, and ideas have been done before, it’s the dry sense of humor and gorgeous cinematography that keeps one drawn in while the characters slowly evolve. – Bill G. (full review)

The great Peter Greenaway is finally returned this year with his long-developing Sergei Eisenstein drama, and it was well worth the wait. Reviewing it out of last year’s Berlinale, we said, “Ostensibly, Eisenstein in Guanajuato is a chronicle of Sergei Eisenstein’s ill-fated endeavor to shoot a film in Mexico at the age of 33. However, not only is Eisenstein never shown shooting a single scene, but anyone without prior knowledge of the Soviet master is unlikely to come out of the film much wiser about his life or place in film history. Rather, in paying homage to one of his heroes, Greenaway delves into the director’s personality, offering an interpretation radically different from the customarily-held image of Eisenstein as a solemn and cerebral revolutionary genius. The biographical focus, unsurprisingly, is on Eisenstein’s sexuality, whereas his groundbreaking film techniques and theory are explored visually through a conflation of Eisenstein’s method and Greenaway’s own.” – Jordan R.

Containing a number in its title, yet blissfully not chained to franchise requirements — a decade-long gap between installments perhaps being the first clue as to a lack of continuity — Kill Zone 2 (aka SPL 2: A Time for Consequences) creates a welcome rupture within the action genre’s currently crumbling state: utterly classic in narrative beats yet unafraid to embrace the modern tools of the trade. – Ethan V. (full review)

Sometimes filmgoers simply want to be entertained and often don’t mind when the means of that fun skews towards the headier side of things—no matter how implausible, campy, or convenient that direction proves. Jupiter Ascending isn’t trying to sell itself as some grand magnum opus with towering ambitions; it’s merely a new space opera from the blockbuster sci-fi duo Wachowski Starship (Andy and Lana). They were commissioned by the studio to write exactly that in the hopes of franchise viability, particularly the sort of story we don’t often see being told on the big screen nowadays. Regardless of if there’s any future here, I’m glad for this single adventure within its world. And while the film does not take itself seriously, it is a serious film. – Jared M. (full review)