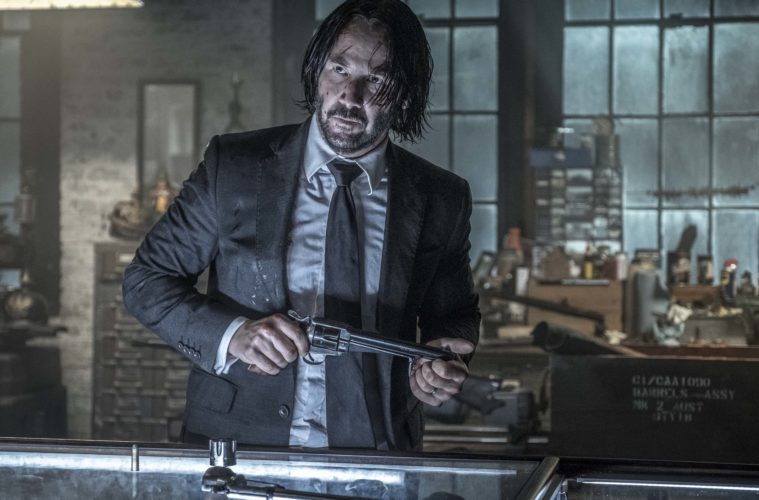 When the Rust Belt was hit hard in the financial crisis of 2008, the blue-collar workers of Dayton, Ohio found a savior in a Chinese billionaire. Six years after the lifeblood that was a General Motors plant was shut down, the car-glass manufacturers Fuyao opened up their first American factory in the town, meaning thousands of new job opportunities. The promise of a steady income lifts the spirits of the workers, but an East vs. West clash of working methods quickly emerges, causing labor division, personal strife, and some unexpected camaraderie amongst the workforce. Directors Steven Bognar and Julia Reichert–who were Oscar-nominated for another look into the recession, The Last Truck: Closing of a GM Plant–capture this conflict in it all its complications, humor, and heartbreak in their thoroughly engrossing documentary American Factory. – Jordan R. (full review) “I’m like everyone else,” writes about himself Cristiano (Aristides de Sousa), the working class hero at the center of Affonso Uchoa and João Dumans’ Araby, “It’s just my life that was a little bit different.” Calling that an understatement would be a euphemism. An average-sized and average-looking factory worker in the Southern Brazilian state of Minas Gerais, Cristiano is an everyman par excellence. Neither charismatic nor particularly striking – at least not on a first look – he seems so ordinary it takes us twenty minutes to understand he’s Araby’s protagonist, and not some flickering extra. When we first meet him, he is given a lift to his steel factory; up until then, Uchoa and Dumans had followed Andre (Murilo Caliari), a pensive and bookish teenage boy living with his aunt Márcia (Gláucia Vandeveld) in a derelict house close to the hellish steel mill. By the time we next hear about him, Cristiano has suffered an unseen work accident, and is stuck in a coma. Asked by Márcia to collect his belongings, Andre arrives at Cristiano’s place, and happens upon a spiral-bound notebook which the man has used to transcribe a decade’s worth of memories. – Leonardo G. (full review) After getting evicted from their apartment in Los Angeles due to taking in a stray dog, filmmaker John Chester and food writer Molly Chester decide to try and cultivate a storybook farm in The Biggest Little Farm. The latest entry into the canon of films exploring food and ecosystems, like Aube Giroux’s Modified and Andrew Grace’s Eating Alabama, the documentary works as well as it does because of a reliance on its relatable subject and the director as its narrator. – John F. (full review) The universality of the reminiscence bump – the oft-researched theory that throughout one’s life, people have the most vivid memories from the ages of 16 to 25 – has meant there has been no period of time that has been more thoroughly dissected in cinema. Screenwriters have repeatedly drawn from that roller coaster of youthful emotions in hopes that both audiences young (those experiencing that time right now) and old (those nostalgically reflecting on the formative experiences, both good and bad) will connect with what is seen on screen. Despite a rocky, over-the-top start, Olivia Wilde’s directorial debut Booksmart eventually manages to succeed on both fronts, feeling like a pointedly progressive snapshot of today’s generation while also bringing an earned sentimentality when it comes to the highs and lows of high school friendship. – Jordan R. (full review) The Duke of Burgundy and Berberian Sound Studio (Peter Strickland) Sometimes one just needs to cleanse their palette or expand their mind by checking out a film even the director says is all about the experience. So when Peter Strickland explains how he tried hard not to make us want to find metaphor or meaning beyond what’s onscreen, I’m going to take him at his word. He also admitted the title The Duke of Burgundy was a joke–which “ended too late to change it”–that was intentionally misleading considering a staunch period piece this most certainly is not. No, this depraved sex dream showcasing two female lovers who push each other to the brink of sanity is more of the cricket and butterfly persuasion, or at least it has crickets and butterflies. And mannequins. – Jared M. (full review)

Echo in the Canyon (Andrew Slater) A loving tribute through the eyes of Jakob Dylan and friends, Echo in the Canyon offers a behind the scenes approach to recapturing the magic of the mid-60s era Laurel Canyon music scene, which provided a friendly incubator to bands like The Byrds, The Mamas & the Papas, Buffalo Springfield, and The Beach Boys. Directed by Andrew Slater, the former president of Capitol Records, the film crisscrosses between a casual conversation in Dylan’s living room–between himself, Beck, Regina Spektor, and Cat Power–and Dylan’s interviews with stars of the era like Brian Wilson, Graham Nash, Ringo Starr, and Eric Clapton. In between the gossip and insight we see Dylan and popular musicians of the late 90s like Fiona Apple and Norah Jones working on–and later performing before a live crowd–these Laurel Canyon tunes. – John F. (full review) Beginning with what would be the climax of a standard action film, John Wick: Chapter 3 – Parabellum runs like a well-oiled machine, delivering exactly what you want in ways you didn’t know you wanted. Picking up mere moments after chapter two’s finale, there’s only a few minutes on the clock before John Wick (Keanu Reeves) becomes “excommunicado” with a $14 million price tag on his head, and all of the world’s assassins on his tail. Blood is on his hands after a verboten killing on the Continental Hotel grounds so he’s on the run, and his options are running short. – Jordan R. (full review) Mission: Impossible – Fallout is an anomaly.  It’s the sixth installment of a decades-old franchise that has hit full steam. This is stranger still when considering its origins during the ‘60s-TV-adaptation boom of the late ‘90s and early aughts. What should have been a passing trend burgeoned into an auteur’s playground of action and intrigue, a feat that becomes doubly impressive when viewed alongside the plasticity of contemporary summer fare. Now add to all that an aging star (Tom Cruise) and his safe choice for director (Christopher McQuarrie)–the only one to return to the fold–rather than a fresh recruit. In theory, this film is out of its depth, doomed to be put out to pasture by something younger and sleeker, making it that much more exhilarating to see Fallout pummel its way into being one of the decade’s best action films. – Conor O. (full review) Clint Eastwood’s The Mule stands in contrast with his earlier 2018 project, 15:17 to Paris; the latter about young men beginning their hero’s journey, and the former about an old man paying the monetary and spiritual price for his own. Eastwood’s own storied career as a filmmaker, former mayor of Carmel-by-the-Sea, and father of eight adds a layer of subtext inaccessible to artists half his age. Via his character Earl, Eastwood places himself on screen for a dissection like no other 88-year-old American filmmaker before him. – Josh E.

The Congress
Gangs of New York