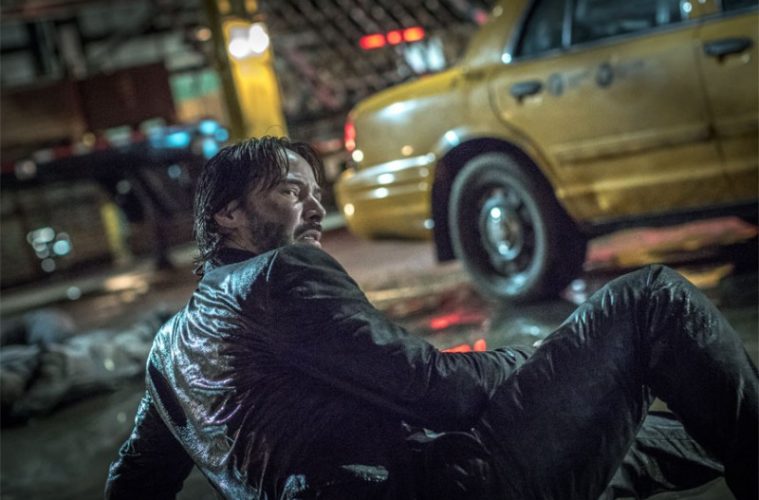 While the recent 10 Cloverfield Lane and Room told stories of captivity with various hooks — science-fiction and the process of healing, respectively — Cate Shortland’s approach in her latest, harrowing drama Berlin Syndrome makes room for more nuance and depth. Locked in a Berlin apartment, there is little hope for our protagonist for nearly the entire runtime. And while some of the story’s turns can feel overtly manipulative, Shortland finds a bracing humanity in depicting the perverse situation of Stockholm syndrome. – Jordan R. (full review)

Before David Lynch was a filmmaker, he was a struggling painter, whose lifeblood was to “drink coffee, smoke cigarettes, and paint.” That’s what he dubbed “the art life,” and what an image – as featured in the many contemporary photos seen in this new documentary – it is, the bequiffed 20-something Lynch sitting back in his Philadelphia studio, composing transgressive abstract artwork. Bookmarked by footage of Lynch working on his latest paintings in his Hollywood Hills penthouse, the wonderful new documentary David Lynch: The Art Life showcases the artistic developments of one of America’s most singular directors. – Ed F. (full review)

A movie so audacious in concept and execution, it should get the blood pumping within the first ten minutes, and by the last ten, you’ll be breathing a sigh of relief while cheering with such fervor your head will spin. Like the best of Tarantino‘s work, it sends a love of cinema coursing through your veins. Christoph Waltz gives the best performance of its respective year, and what will likely be his career. It has a brain behind the brashness that is uncommon in today’s multiplexes, and will sadly continue to be. – Nick N.

Closer to an expansion of its predecessor than a true follow-up all its own, John Wick: Chapter 2 offers a fair share of what already worked while ironing out a few rough spots. Which isn’t to say the formula’s been perfected just yet. The basic set-up might hint at this: some unfinished business from John Wick’s last crusade rears its head in an explosive, fiery way. Before you ask, worry not: his new dog makes it through all right, as revealed in one of this movie’s simpler and, tellingly, more clever images, a quiet subversion of where you think things are headed. The reluctant killer now finds himself carrying out an assassination plot, caught in a double-cross, the subject of a big-game bounty hunt, and some other scenarios that, who are we kidding, are the threads stringing us from one action sequence to another and one killing to the next. So, so many killings. – Nick N. (full review)

Raw doesn’t entirely work as a cohesive whole, but there’s enough unforgettable imagery presented by Julia Ducournau to be worth a recommendation. We said in our review that “the shocks of Raw — or, rather, Justine’s various humiliations — belong more to a dire Todd Solondz cringe comedy, even if there are aspirations to Carrie. (A chaste girl gets animal blood dumped on her in slow-motion, after all.)”

Brad Pitt has gone back to World War II a handful of times in the last decade or so, he’s now taking on a more modern battle with War Machine. David Michôd‘s follow-up to The Rover is based on Michael Hastings‘ novel The Operators, which depicts the rise and fall of General Stanley McChrystal, the commanding general of international and U.S. forces in Afghanistan. Also starring Tilda Swinton, Sir Ben Kingsley, Anthony Michael Hall, Topher Grace, Will Poulter, Lakeith Stanfield, Emory Cohen, John Magaro, RJ Cyler, Alan Ruck, Scoot McNairy and Meg Tilly, this satirical comedy will hopefully flex a new muscle for Michôd after his previous films.

Beauty and the Beast
Joshua: Teenager vs. Superpower
Southpaw