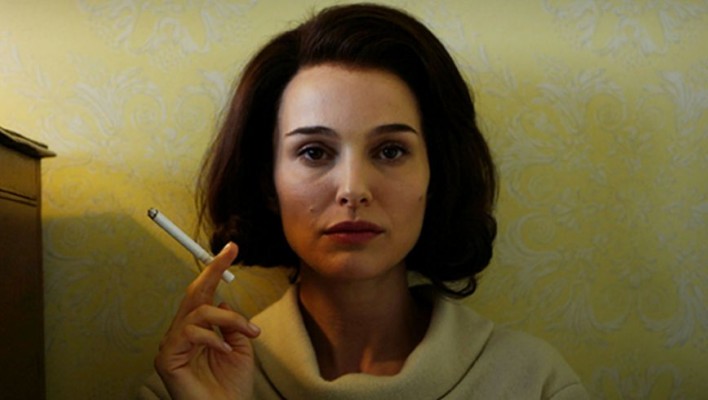 New to Streaming: ‘Jackie,’ ‘Fences,’ ‘I Don’t Feel at Home in This World Anymore,’ and More

Forget the Cloverfield connection. The actors who were in this film didn’t even know what the title was until moments before the first trailer dropped. Producer J.J. Abrams used that branding as part of the wrapping for its promotional mystery box, but the movie stands perfectly alone from 2008’s found-footage monster picture. Hell, 10 Cloverfield Lane perhaps doesn’t even take place within the same fictional universe as that film — although a friend asked if it’s secretly a Super 8 sequel, and, honestly, you could think of it as one without contradicting anything in either movie. Whether the Cloverfield name fills you with wariness or enthusiasm, it would be unwise to burden Dan Trachtenberg‘s film with such prejudices. – Dan S. (full review)

Ahead of the Oscars, all of the nominated live-action and animated shorts are now available to stream. See our reviews of them here and here, respectively.

An adaptation of a work from one of the most beloved playwrights of the 20th century, and the third feature from one of Hollywood’s most bankable movie stars, Fences has to contend with some heavy, and potentially unfair, expectations. And director Denzel Washington is only further courting comparisons to the original play by not only shooting the film with a style that prioritizes spatial power dynamics over camera movement, but also reassembling the same cast as an acclaimed 2010 Broadway revival. As such, Washington’s adaptation does bear the formal anxiety that comes from a fear of transitioning a play to film, and a performative self-consciousness that takes some time to situate, but it’s also a film that bursts with a conversational energy and burning intensity that only comes with familiarity with the source material. – Michael S. (full review)

The Girl with All the Gifts (Colm McCarthy)

Long past the days of the booming Hammer Horror industry, the contemporary British genre cinema, while still able to churn out the occasional 28 Days Later or Attack the Block-esque international breakthrough, seems to more often revel in the niche (a.k.a. openly juvenile), if not particularly original, ’80s throwbacks of, say, a Neil Marshall. In other words: it doesn’t often look to the future as much as it seems stuck in the past. With the pedigree of a starry cast and acclaimed literary source material, it’s not unfair to read into The Girl with All the Gifts as the hope for the nation’s next great intellectual (read: allegorical) horror film. Yet without the narrative or formal conviction to pull off the clichés rampant throughout, it sadly seems stuck between two worlds. – Ethan V. (full review)

How Heavy This Hammer (Kazik Radwanski)

At only two feature films, Toronto-based writer-director Kazik Radwanski has already formed a clear thematic through line. His previous picture, Tower, was about a 34-year old living at home with his parents who divides time between a fruitless attempt at making a computer animation, a construction job provided by his uncle, and ceaselessly awkward encounters with women — the kind of person by all means branded a loser by society. Comparatively, How Heavy This Hammer’s own subject, Erwin, a lumbering, heavy-set man with an odd-sounding, yet specific Canadian accent, somewhat belongs in the realm of the oafish middle-aged father and husband made lovable on many a sitcom. But stripped of a star’s charisma, or a family-man character’s usual set of redeeming gestures, our “hero” belongs of course to the art cinema’s long-held tradition of the “character study”; an unlikable real person placed under a microscope, often to ambiguous ends. – Ethan V. (full review)

“I just want people to not be assholes.” It’s the theme of I Don’t Feel At Home In This World Anymore, directed by Macon Blair, and something the film’s heroine Ruth (a pitch-perfect Melanie Lynskey) utters more than once. She’s a woman surrounded by assholes, doing her best to ignore them. Suffice it to say, this is a thoroughly relatable picture. People don’t pick up after themselves. They cut in line. They willingly spoil endings to others without another thought. – Dan M. (full review)

Pablo Larraín’s Jackie upends the traditional historical drama with bold storytelling, note-perfect performances, and a piercingly smart, emotionally probing script. The film belongs to Natalie Portman, but its entire cast stands out — especially John Hurt. With Jackie and his other late-2016 release, Neruda, Larraín has deconstructed the film biography, and the results are thrilling to watch. It’s difficult to imagine a film about a recent historical figure that feels as emotionally affecting. It’s also a certainty that we’ll never look at Jackie Kennedy the same way again. – Chris S.

Within the first few minutes of Sausage Party, a package of horny “virgin” hot dogs boast to a group of neighboring buns how they’ll fulfill their wildest desires when they are finally able to fornicate by sticking themselves inside the flaps of the respective rolls. This opening — after a lavish musical number — serves as a useful litmus test for Seth Rogen’s brainchild: an R-rated animation that isn’t as interested in re-inventing the wheel as it is taking that wheel, lathering it with vulgarity, and spinning it again, and again, and again. While this sounds like a slight, as Sausage Party breaks out of its Pixar-inspired packaging, so to speak, its repetitiveness evolves into a delirious cacophony of obscenities that will terrify the children of unaware parents for decades to come. – Jordan R. (full review)