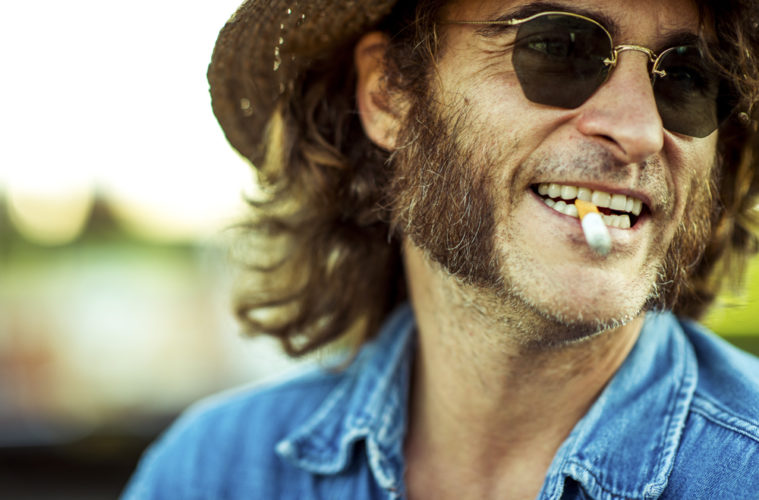 Ahead of the Oscar ceremony this weekend, the nominated short films in the live-action and animation category are now available to stream. Read our reviews of all of them here. One cannot take lightly the implications of a candid filmmaker opening his latest picture with the words “An Official Spike Lee Joint.” Before we can even imagine what’s to come, his third endeavor in as many years — yet only the second of two joints and, indeed, successor to “A Spike Lee Film” that was publicly encapsulated by its credited maker with the words “tough business” — thus immediately establishes itself as a push against any and all who’d care to silence his voice. A quick introductory scene practically elides over the last title’s existence wholesale, bringing us back to the church of Red Hook Summer’s since-deceased Bishop Enoch — less for the sake of delineating proper continuity between works and more, it seems, for the sake of situating and making comfortable those who are about to be offset and discomfited. As, over mere minutes, the scope rapidly expands and the voice in command only grows louder, soon made into the equivalent of a madhouse blare, his push is now in defiance of many a crucial thing: total coherence, absolute logic, formal consistency, moral decency, and good taste. – Nick N. (full review) Comedian David Cross, best known for his work on Mr. Show and his role as Tobias Bluth in Arrested Development, makes his directorial debut with Hits, a scornful satire about hipsters and fame-seeking idiots. Set in upstate New York, the film weaves together several different characters who have unusual expectations of reality and what they are entitled to simply by being American. This film is a scathing critique of modern society in the post-internet era, where people are utterly obsessed with instant gratification. While this seems like a promising milieu for Cross to exercise his wit as both a writer and director, Hits flounders in its slow pace while spending too much building up to one payoff joke in the end. – Raffi A. (full review) Housebound takes the sealed bottle horror genre and waltzes right up to it, telling it that everything you expect, the characters expect as well, and lets things fall where they may. Everyone is immediately on top of their game when the haunted house aspect is revealed, but no one seems particularly good at keeping the bad stuff from happening. Perhaps general ineptitude is where most of the hilarity in director Gerard Johnstone’s newest film comes from, but since when is that anything but funny in spurts? Kylie Bucknell (Morgana O’Reilly) is a 20-year-old rebel that manages to fail at the big details during a heist and is sentenced to house arrest at her mother Miriam’s (Rima Te Wiata) house. That wouldn’t be too bad, but between all of her sudden free time and Miriam’s doting, but gossipy, personality she feels like it might just be apt punishment. – Bill G. (full review) At long last, revolution has finally come to Panem, the ruthless, tyrannical society at the heart of The Hunger Games franchise. As it turns out, that revolution doesn’t just apply to the efforts of rebel figurehead Katniss Everdeen (Jennifer Lawrence) and her cohorts, but to the very structure and nature of the series itself. The Hunger Games: Mockingjay – Part 1 employs the now popular conceit of splitting the final, epic chapter of a long-running series in half, using it to craft a story of a country and its people in the throes of a violent, transformative restoration. – Nathan B. (full review) At once Paul Thomas Anderson‘s loosest and densest film, Inherent Vice presents a world that’s easy to get lost in. Not because his adaptation of Thomas Pynchon‘s novel isn’t interested in hand-holding — it is a mystery from the point-of-view of a paranoid and confused pothead, mind you — but its melancholic tone, the Blake Edwards-like comedy, and array of endlessly eccentric characters, all of which add up to a transcendent two-and-a-half hours. This is a movie that washes over its viewers as long as they’re willing to go along for the trippie ride. It’s a strange, funny, and surprisingly sad story, almost more about a bad breakup than the mystery Doc has to unravel. Shasta Fay’s (Katherine Waterston) presence is almost always felt in Inherent Vice. Doc confronts equally confusing internal and external struggles in this dreamlike LA story. Despite a disappointing box-office, it’s up there with Anderson’s best work. –  Jack G.

North America is the land of opportunity, but sometimes you have to travel to find it. The Overnighters revolves around the oil boom currently taking place in North Dakota and a small town that is flooded with people that tell stories reminiscent of the gold rush in California in 1849. Back then, towns sprung up as demand increased. However, in Williston, North Dakota, demand for housing in any form for the massive influx of workers has been heavily outstripped. Yet the tide of people continues to surge. Within this small town is a pastor that has opened up his church doors to the people seeking shelter, housing them for months at a time much to the chagrin of his own membership. This push and pull, the story of the film, becomes as powerful as any on the nature of complex issues such as religion, family, economics, and what it means to live in modern-day America. – Bill G.

Son of a Gun (Julius Avery) Son of a Gun borrows every cliché from the crime movie playbook as JR (Brenton Thwaites), a 19-year-old orphan, finds protection in prison from armed robber Brendan (Ewan McGregor) only to be called on for a favor once Brendan is released. This is three movies in one: a prison film, a heist film and a gangster film, but we’ve seen all three before, and better. Even if moment to moment it feels new, every plot beat quickly becomes familiar. The kid falls for Tasha (Alicia Vikander) who is under the thumb of the crime boss Sam (Jacek Koman), Sam has a hotheaded nephew he insists go on the job with them, you can’t trust anyone even your father figure, and so on. – Martin J. full review)

During White Bird in a Blizzard, our lead Kat Connors (Shailene Woodley), is browsing records with a friend (Gabourey Sidibe) and a poster for David Lynch‘s debut Eraserhead lines the wall. A clear nod to the auteur that director Gregg Araki (Mysterious Skin, Kaboom) is inspired by, his latest feature could have used a bit more of that brand of strange in this surprisingly standard, but engaging coming-of-age story. – Jordan R. (full review)

Let’s face it, the world needs another zombie movie about as much as it needs another post-apocalyptic road movie. To their credit, Australian brothers Kiah and Tristan Roache-Turner realize that. With their anything-goes debut, Wyrmwood: Road of the Dead, the audacious siblings have fastened sparkplugs on both of those sub-genres. They’ve laughed in the face of tempered expectations and covered its body in crimson-red goo. A horror-comedy with more energy than a kangaroo on uppers, Wyrmwood avoids falling into genre pastiche by never sitting still long enough to become one thing. The Roache-Turner brothers’ film’s manic nature has it volleying around back and forth between a living-dead thriller, a self-aware laugher, and the kind of overboard splatterfests Peter Jackson used to make. The combination of those genre elements delivers the most enjoyable zombie movie in years and the funniest the-world-is-over romp this side of This is the End. – Matt B. (full review)

The Last of Robin Hood