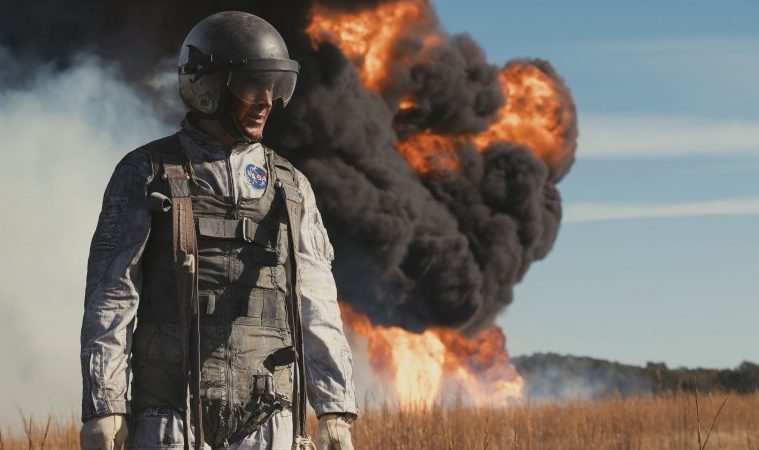 Without all its wild ideas and analogies, this would still be a ripping adventure yarn. Lucky for the cerebral audience members, writer/director Alex Garland is able to weave ideas regarding self-destruction, personal evolution, and the mutable quality of self. Natalie Portman anchors it all through her expressive performance as a woman who is threatened more by her own mind than a world filled with vicious mutations. – Brian R.

There’s an interesting framing device within Felix Van Groeningen’s Beautiful Boy that strangely only frames the first half of the film. It’s a scene wherein David Sheff (Steve Carell) is conducting an interview with a Dr. Brown (Timothy Hutton). The latter assumes it’s for a story considering the former is a journalist, but this inquiry is in fact a personal issue. Sheff is worried about his son Nic (Timothée Chalamet), a crystal meth addict who’s disappeared. He wants to get a better handle on the physical destructiveness of the drug and what he can expect as far as rehab options. The answer is more scientifically technical than I expected and ends with a sad truth: recovery stats are in the single digits. What they don’t explain, however, is the percentage of that number who are white. – Jared M. (full review)

In the world of Hollywood where “action” is often synonymous with CGI-heavy monstrosities splattered across the screen backed by an assaultive sound design, the blissful visual coherence and immaculately-constructed thrills in the films of Jaume Collet-Serra can feel like the third coming of Alfred Hitchcock (after Brian De Palma, of course). Following a trio of films led by Liam Neeson, he shortened his scope with the career peak of The Shallows, an ingeniously simple but no-less exhilarating shark thriller. The Commuter reunites him with his action muse, multiplying the single-cabin setting and inherent mystery of Non-Stop ten-fold, this time on a Metro-North train. – Jordan R. (full review)

There’s a glossy mechanical precision to First Man, a technical achievement of filmmaking and period recreation so immersive that the work of Damien Chazelle and co. renders this exhaustive effort nearly invisible. Indeed, the sacrifices we make in the name of human achievement too often burn up in the heat of glory, a means to an end, faceless in history save for the heroes who survive. The heroes who made it home alive. Awe-inspiring and heart-wrenching, First Man explores this territory from the vantage point of a person scarred, left incomplete, by the loss of family and friends, seeking catharsis through his work and obsessions. Audiences who had the chance to catch the film on IMAX were also treated to the finest aspect ratio change of the year. No offense to Nancy. – Tony H.

Director Valerie Massadian’s intimate and honest depiction of poverty distances itself from conventional Hollywood theatrics–these are not “movie protagonists” as we know them, they just are. Both stunningly ethereal and brutally real, Milla patiently earns every one of its emotions. Comparisons to the work of Barbara Loden and Chantal Akerman are apt, but don’t be mistaken–this work is still startlingly unique. – Jason O.

I’d be curious to see how Solo plays out to the casual observer. Ron Howard’s sci-fi jaunt is rife with “Oh look!” moments that track for anyone in the know (which is a large swath of the audience, but still), but lack significance or context when viewed in a vacuum, or even chronologically. The second entry in Disney/Lucasfilm’s likely endless Star Wars Stories after 2016’s Rogue One, these auxiliary tales are starting to look less and less like true standalone efforts, picking up the bad habits of one too many convenient tie-ins from their MCU cousins. – Conor O. (full review)

A sexually charged trip through Mexico serves as the backdrop for a crumbling friendship in Alfonso Cuarón’s breakthrough feature. Allowing the picture to flow without any falsity is its unflinching, head-on approach to matters of youth: irresponsibility, vanity, perversion, and sexual jealousy comprise the relationship between two teenage friends and an older woman, none of whom are denigrated in a reduction to cyphers or symbols of something greater than themselves. Using the roving, long take-friendly style that would be emphasized more greatly in Children of Men, Cuarón observes changing person-to-person dynamics with a keen eye, at Mamá’s conclusion delivering a note of (very) bittersweet growth. – Nick N.

The Hate U Give