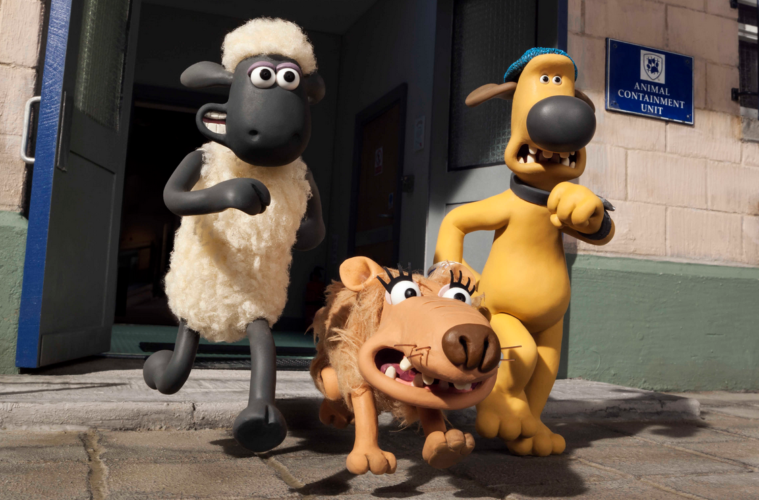 From its first few shots, it’s clear that American Ultra is removed from the relatively grounded drama of Greg Mottola’s underrated Adventureland, the last film that paired Jesse Eisenberg and Kristen Stewart. We first meet Eisenberg’s bloodied and beaten Mike Howell detained and chained to a table in a septic interrogation room. As an agent throws photographic evidence of the trail of chaos that’s been left behind, Howell’s eyes twitch. A rush of images come swirling at the screen, revealing his involvement in this destruction and previewing what will be the bulk of the narrative. It’s a curious choice for a film whose studio required its critics to sign non-disclose agreements so as to not reveal the twists and turns. However, the swiftness at which the Mission: Impossible-esque foreshadowing splashes on the screen makes these images barely register, laying out clues for its audience to piece together. – Jordan R. (full review)

Like a Broadway musical without the singing, cities transition with relative ease as the camera meanders and zooms around new set pieces to make a home into an office into a restaurant and back again. But more than just changing the stage, busy streets are housed in the crowded catwalks above and at times even the auditorium seats are utilized as props in a show within the show. Besides a few edits to change our vantage point, the entirety of the film could be mistaken for an elaborate single take. Wright is famous for his uncut action and this maneuvering almost makes his scene of war-torn carnage in Atonement child’s play. And with a waltz around frozen figures animating as Anna passes recalling the long take party in Pride and Prejudice, the sheer magnitude of precision will take your breath away. – Jared M. (full review)

Violence is a true horror in No Escape, a gripping microcosm of inhumanity set during a brutal coup d’état. Director John Erick Dowdle has a knack for placing audiences into claustrophobic, lethal environments (Quarantine, As Above, So Below), and has found his most scarring yet with an uprising in Southeast Asia, a wildfire of hatred where killing feels to be the most productive choice. Though told from the perspective of an American family, this relentless action-horror is rounded as a universally relevant chaos, in which protecting family is the primal cause for both sides of the slaughter. – Nick A. (full review)

When it comes to films specifically marketed to children, popular culture seems to have decided that, for the purposes for artistic merit, there shall be Pixar at the top and then there shall be everything else. This means that whenever a How to Train Your Dragon or Boxtrolls comes along, it seems to take people by surprise. Given the specific artistic challenges of creating a film of real soul and wit and substance for a younger audience, however, this should not be the case. Kids’ movies at their best and brightest are what one might call Pure Cinema — a perfect example of what film can do that no other medium ever could — and Shaun the Sheep Movie is perhaps the best example of this idea since Wall-E. – Brian R. (full review)

It’s quite comforting to see actors-turned-directors not shying away from tough subject matter. You’d almost assume they would amidst stereotypes of celebrity vanity driving them to worry about losing audience appeal. Looking at a guy like Ben Affleck leveraging a fledging acting career destroyed by bad mainstream choices into a critically acclaimed metamorphosis as an A-list director, however, shows the transition is real regardless of content or perception. I’d rather a guy like Ryan Gosling get derided for taking a chance on Lost River than see him go through the motions devoid of passion. So when it was announced that Paul Bettany‘s directorial debut was a drama about love in the streets, you take note in the why because a subject like that doesn’t get chosen lightly. – Jared M. (full review)

Tom at the Farm (Xavier Dolan)

He’s explored themes of love, matriarchal bonds, and just about everything in-between, and Xavier Dolan‘s fourth feature, Tom at the Farm, certainly doesn’t abandon those. What it does, rather, is view them through a vividly different lens. This drama, the first time he adapted another writer’s work, comes from Michel Marc Bouchard‘s play, and blends psychological-thriller elements with unexpected humor for a thoroughly unsettling plunge into a nightmare of fear and intolerance. – Jordan R. (full review) Growing up one can often feel sheltered from the outside world, whether its through parental restrictions, lack of a social life, or the location of one’s upbringing. The Wolfpack, a captivating new documentary from director Crystal Moselle shot over five years, captures an environment in which that idea is taken to the outright extreme. Raised in the Lower East Side of Manhattan, or rather a single apartment in the Lower East Side of Manhattan, the six Angulo brothers (and one sister) live an exceedingly sheltered life. Since they were born, they’ve only left their home for at most nine times a year, and in some years, never. To keep busy, they have a collection of thousands of films in which they repeatedly watch TV, transcribing them frame by frame and creating lavish scripts that they will then extravagantly (and frugally) bring to life in their own creative way. – Jordan R. (full review)