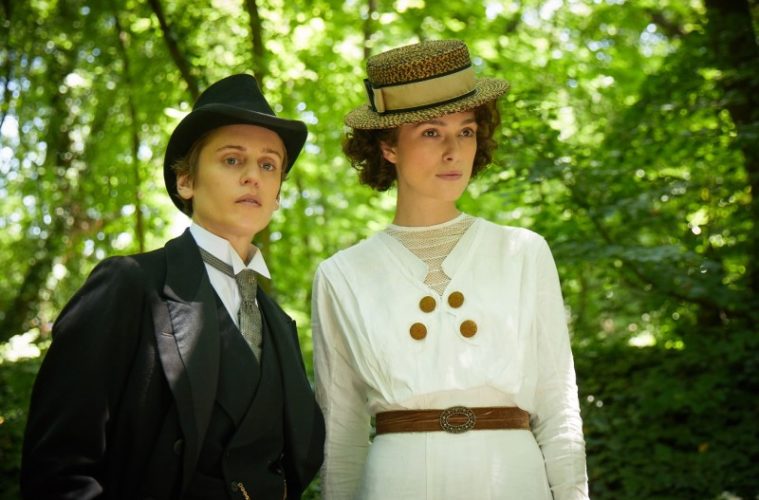 Keira Knightley is back in her beloved genre, the period piece, for Colette, and it looks to be one of her strongest roles. The story of the famous French author finds her trying to balance her newfound success, her exploration of her sexuality, and a marriage to her dominating husband Willy (Dominic West). Coming from Still Alice co-director Wash Westmoreland, whose husband and co-director Richard Glatzer passed away in 2015, Colette is now on VOD following a fall theatrical release and acclaim from Sundance.

Inception is an arthouse movie with blockbuster aspirations. Or perhaps it’s the other way around. It is the product of a director given free rein by his studio, and a film that challenges its audience as much as it seeks to delight them. Who can forget the dream-within-a-dream world building, or the visually stunning action sequences such as the one that takes place inside a rotating hallway? Dizzying, beautifully scored and edited, and filled with memorable performances (including the role that properly introduced Tom Hardy to many American viewers), Inception is without a doubt one of the most influential and respected films to emerge from the genre in recent years. – John U.

The morning of August 4, 1892, Lizzie Borden discovered the bodies of her father and stepmother who had been axed to death in their house. She went on to become the prime suspect in the murders, and even though she was eventually acquitted, history turned her into a folk tale used to instill fear in little children who shudder at the idea of her cursed axe. How could it not? After all, Borden became the embodiment of everything a woman was not supposed to be: wealthy, outspoken and unmarried. In Lizzie, director Craig William Macneill and screenwriter Bryce Kass don’t attempt to further acquit her, but sticking to the idea that Borden indeed murdered her parents, they create a feminist case for her. Not that murder is justifiable of course, but rather than focusing on Lizzie as a figure out of a horror movie or creepy folk tale, she is portrayed as a woman who found liberty only through the death of her oppressors. – Jose S. (full review)

Mowgli: Legend of the Jungle is a strange beast. It’s a dark re-imagining of the world from The Jungle Book, familiar to anyone that saw Jon Favreau’s 2016 reboot to the Disney classic of the same name. Helmed by Andy Serkis (shot before his debut Breathe, but released after), this take on the man-boy Mowgli and his pack of jungle pals strides in technically bold new directions while also wading through narratively thin waters. The result is a film brimming with visual marvel that at first blends seamlessly with its ideas, then begins to unravel once we’re left with the scraps of its story. – Mike M. (full review)

Lina Rodriguez’s This Time Tomorrow delivers its thesis through three clear demarcations in time — or, rather, extended shots, beginning on a sunlit tree, coming into the middle with a lone coffee pot, and ending with clouds drifting through the sky. One could say Rodriguez is evoking Ozu’s similar shots that give a sense of the life that pulses through empty rooms and the spaces between, clearly separating the almost indifferent world from the characters who inhabit it. – Ethan V. (full review)

Not giving into audience expectations and thus creating something more terrifying in its relatability, Sebastián Silva’s TYREL follows a testosterone-heavy weekend and the anxiety-inducing isolation one character is faced with. Jason Mitchell plays Tyler, the only black man invited to a Catskills cabin for a birthday weekend, the kind of place where an overlarge, inflatable Santa resides in the front lawn. As more alcohol is consumed and clumsy jokes are thrown around, Tyler’s feeling of ostracization balloons and, with a perceptive eye, Silva captures every miniscule jab, all deeply felt by our protagonist with almost no remorse from his cabin mates. – Jordan R. (full review)

1985
Back Roads
Pope Francis: A Man of His Word
On Her Shoulders (review)