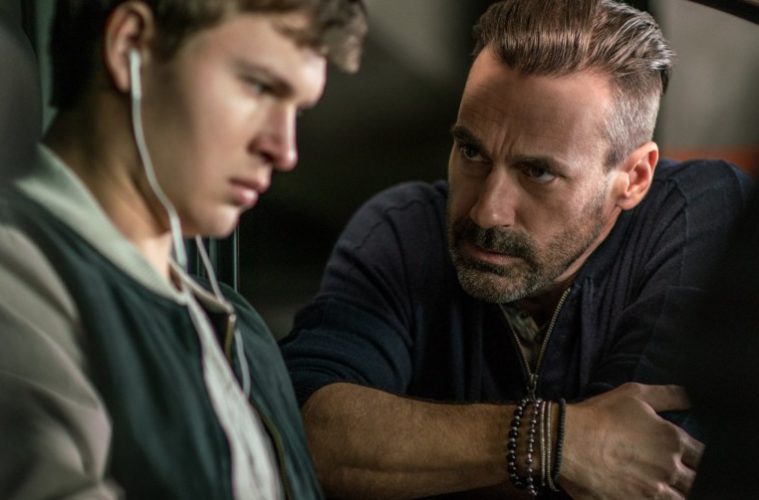 New to Streaming: ‘Baby Driver,’ ‘Nocturama,’ ‘The Lost City of Z,’ and More

Steve James’ filmography has long been about finding entry into larger conversations through intimate portraits. The director’s landmark debut, Hoop Dreams, and latter-day efforts like 2014’s monument to critic Roger Ebert, Life Itself, don’t have much in common on the surface, but they both use their central characters to tell larger stories about big picture topics like structural dysfunction and the purpose of film criticism. – Michael S. (full review)

Whether or not he is, in fact, the first person who thought to create rhythm between non-diegetic music cues and diegetic gunshots, the gesture is but a plethora of instances throughout his newest film, Baby Driver, wherein Edgar Wright eats his cake while having it, too. Impressive yet par for the course: his run from 2004’s Shaun of the Dead to our current moment has been modern comedic cinema’s best, full stop, because Wright doesn’t simply apply technical precision and innovation to genre-smart storytelling — he also makes what must be exhausting work look like so much fun. – Nick N. (full review)

One can accuse François Ozon of many things, but lack of ideas isn’t one of them. The prolific French auteur is a constant presence at A-list film festivals since the late 90’s and has proved to be a true writer’s director, with his films often characterized by a meticulous construction and the vigorous thought process that goes on behind it. His latest, a remake of Ernst Lubitsch’s Broken Lullaby with a twist, juxtaposes themes of grief, guilt, forgiveness, and the deceptive, self-inventive qualities of narrative against the backdrop of post-WWI Franco-German tensions. It’s a heady hall of mirrors that keeps revealing, or at least suggesting new depths and angles. But while this kind of intense creative exercise no doubt deserves respect, ultimately one has the uneasy sense that things don’t really add up. – Zhou-Ning Su (full review)

It’s commonplace for a fan to say of an actor or actress they like: “I would watch him or her in anything.” The Hero, written and directed by Brett Haley, makes the case that one could watch Sam Elliott do most anything and be enraptured. Mind you, this is in no way a backhanded compliment. There’s plenty to grab on to here. – Dan M. (full review)

It is the little-stated, undeniable truth that critics are surrounded by nearly innumerable factors when experiencing the work they’ve been assigned to review. Presentation is rarely treated as a basic on the level of form, theme, or auteurist interest, and most mentions will come only if something had gone terribly wrong. This issue sometimes being rather important, I feel compelled to say James Gray’s The Lost City of Z is a rather forceful thing when projected on 35mm, as befits the writer-director’s wishes and with which the New York Film Festival, premiering this picture as the closing title of their 54th year, complied. I can and will compliment the movie for a number of reasons not necessarily pertaining to what material it was printed on and what machine it came out of, so let it be stated upfront that this is most likely the best (only?) way to experience what Gray and cinematographer Darius Khondji, reuniting from The Immigrant, have achieved: a film that will often truly and totally appear to have been made in decades past and just discovered today. – Nick N. (full review)

Here’s an elevator pitch: Nocturama is Robert Bresson’s The Devil, Probably in a homegrown-terrorist garb that substitutes transcendental style for the form of contemporary thrillers and music videos, all the while filtering a faux-intellectual’s anger through a consumer-culture criticism that, in its place and mood, most recalls George A. Romero’s Dawn of the Dead. This almost sounds like an easy sell, notwithstanding the fact that this elevator ride would need to take us to a building’s higher floors. But for plumbing the depths of radicalized Parisian teens’ desires and actions less than a year after ISIL-led attacks shocked the globe, every ounce of appeal that his film might — and, I think, ultimately does — offer can’t prevent writer-director Bertrand Bonello from being a victim of poor timing. Timing is so relative, though; doubly so when his is a picture that grows (some might go the cancerous route and say metastasizes) in days and weeks after being seen, the kind that feels at once explicitly of its moment and vaguely outside of any temporal trappings. – Nick N. (full review)

47 Meters Down
Soul on a String

An American Werewolf in London
The Magnificent Seven