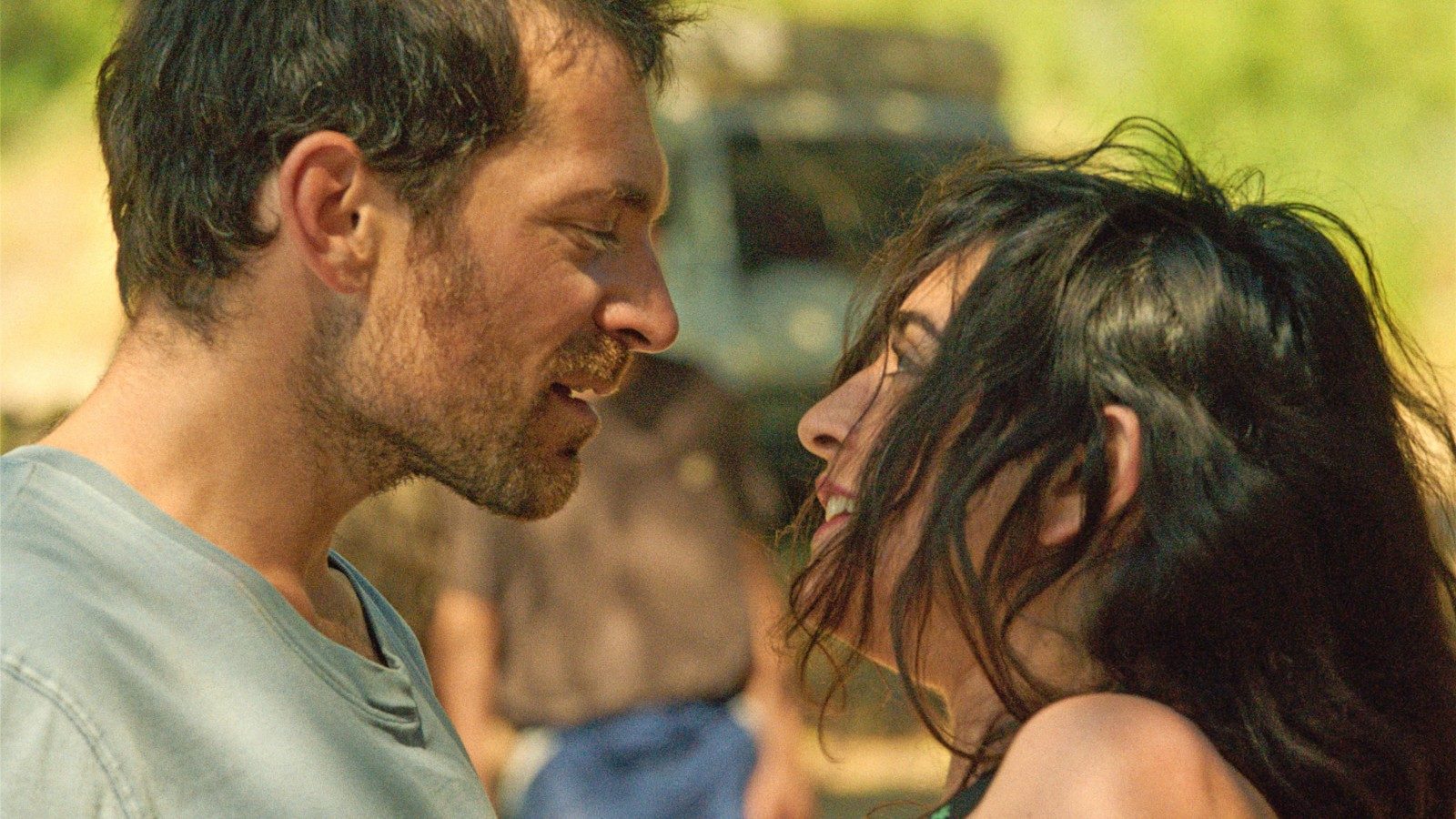 Times are hard, and most of the time so is Frank (Arieh Worthalter). In Nadège Trebal’s Twelve Thousand, this charismatic French grifter sees sex less as commodity than a natural byproduct of being constantly turned on by the world itself. Every conversation, glance, act of thievery, and vaudevillian dance number present an opportunity for organic desire to flourish, even with complete strangers.

Mostly though, Frank has reserved his wild passion for girlfriend Maroussia (Trebal). The two share a small flat with her mother, young daughter, and two foster infants they have brought in to make extra cash. Daily life is a hustle for this family, but one that seems mostly enjoyable if it weren’t for glaring financial stresses. After getting busted by the owners of a local junkyard for fleecing customers, Frank decides to travel north hundreds of miles and take temp work as an oil refinery worker.

Before departing, Maroussia’s mother confronts Frank on the subject of infidelity, producing a perfectly tense conversation that puts a spotlight on his penchant for contradictory statements. Suddenly, this man with such gift of gab goes suspiciously silent. It’s later revealed that lovemaking is an essential part of Frank’s conman strategy, and Twelve Thousand works best as it forces him to consider the ramifications of breaking promises.

Of course, Frank’s best-laid plans to make an honest living quickly go by the wayside thanks to fate (or bad luck). Once unsupervised and devoid of responsibility, he begins engaging in a series of low-level criminal enterprises and desperate panhandling, using charm and that barely controllable sexual fire to manipulate situations to his advantage. All of this occurs under the guise of making a certain amount of money (hence the title) so that he can return home to Maroussia financially equitable.

The central conflict in Twelve Thousand develops once Frank starts succeeding a little too much; his profitable portside theft ring with a local girl gang is as absurd to think about logically as it is fun to watch cinematically. Before long, Frank gets attached to the quick buck, forgetting that just a few weeks earlier he rapturously stated, “Money ruins everything.”

Ultimately, Trebal’s film is equally torn between embracing comedy or tragedy. On the one hand, it gives Frank enough rope to hang himself. He constantly tiptoes on that edge of emotional recklessness; so much so that it becomes unbelievable he doesn’t take a nosedive into oblivion. But Twelve Thousand is far more hopeful about his potential as a father, partner, and breadwinner, opting instead for domesticity as clemency, which says a lot about the low stakes of its finale.

A common motif emerges involving partnership, and how that’s defined in business and in between the sheets. Trust doesn’t get the job done alone; there’s the factor of mutual investment to be considered. That a cagey lone wolf like Frank could even remotely learn to appreciate this idea is downright utopian. Despite its real world setting and globalization-heavy subtext, Twelve Thousand was just pure fantasy all along.