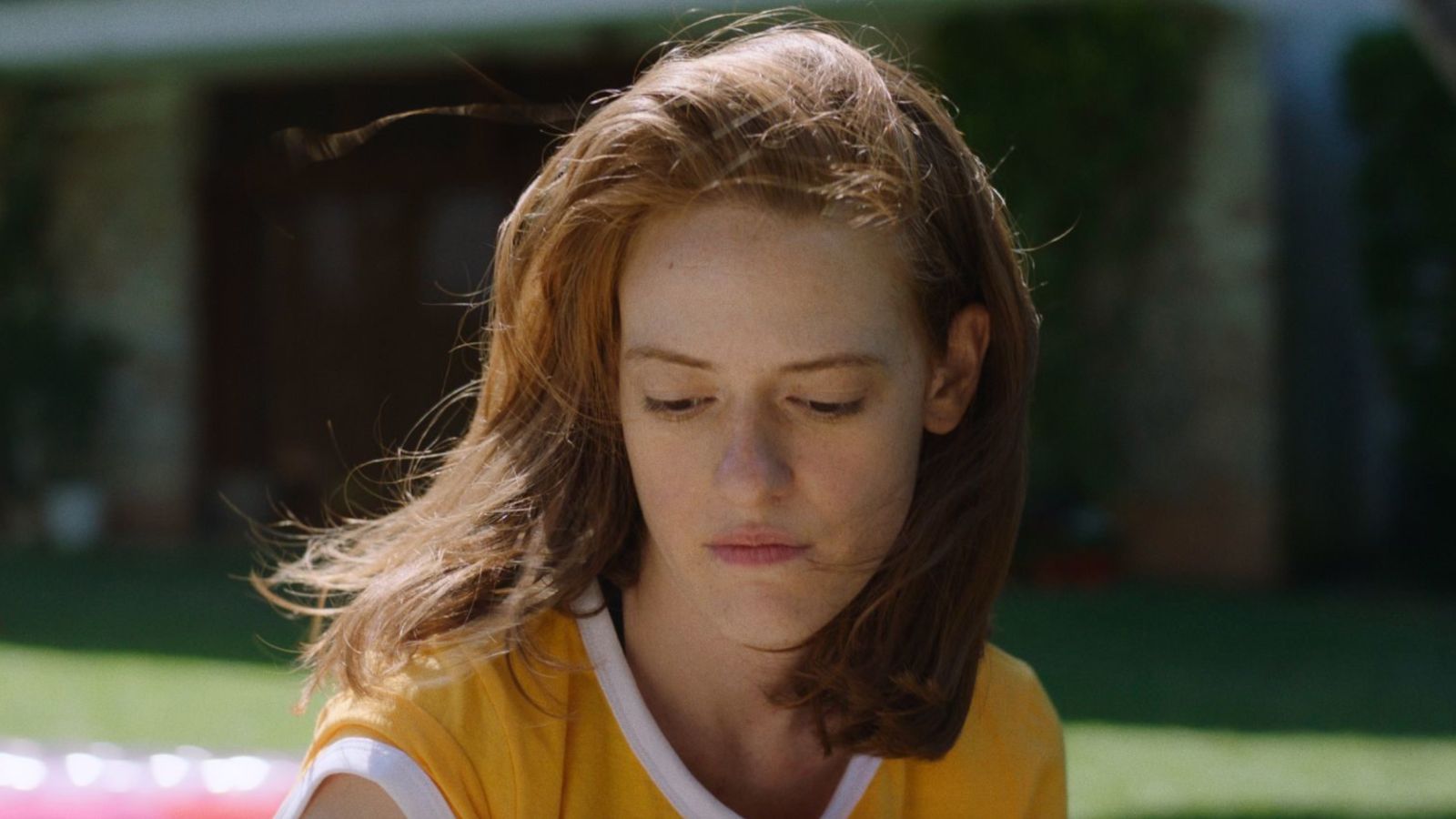 Consider an odd occurrence: my generation––the millennials––are really feeling tarot and astrology at the moment. There are many pop-psychological interpretations for this: trying to distinguish ourselves from the stricter religious beliefs of our elders, or growing up amidst an economic decline that has made our futures foggier and more provisional-seeming. But there’s an aesthetic explanation that chimes with the influencer-driven social media landscape of TikTok and Instagram, and which rising Greek filmmaker Jacqueline Lentzou’s debut feature Moon, 66 Questions seems one of the first to properly capture.

The film, which enjoys its North American premiere at New Directors/New Films this month, is at once a familiar tale of parent-child estrangement and rapprochement, but also a formal experiment in finding a fresher cinematic language to probe these sensitive issues. Like Jane Schoenbrun’s internet odyssey We’re All Going to the World’s Fair, also premiering in the early months of this year, it seems unusually attuned to the odd relationship between technology and loneliness, and the millennial generation’s compulsive need to self-document and live online. Linked to this is the appeal of the irrational: horror folk-myths for Schoenbrun, whilst Lentzou and her protagonist Artemis are drawn to occult energies to soothe real-life family trauma.

Superbly acted, Moon, 66 Questions is a duet-performance between parent and child, their roles reversed, and the duty of care awkwardly passed through the generational gap. The leads have names lifted from key figures in Greek mythology: Artemis (Sofia Kokkali) is the grown-up daughter of about 30, beckoned home to Athens to care for her stricken father Paris (Lazaros Georgakopoulos), who has suffered a terrible stroke that has left him with multiple sclerosis. Paris’ siblings and mother are part of the support network looking after him, but he also has an estranged ex-wife, the mother of Artemis, who only appears in the story to have circuitous bickering matches with her daughter. Georgakopoulos, providing a staggeringly authentic performance as Paris, is a silent and plaintive counterpart to Kokkali’s more physical work; so many sequences in this film simply observe her engaging in mundane home-care tasks (cleaning, tidying, and dressing) with an arm’s length, yet-caring gaze evoking Chantal Akerman. (The late filmmaker is thanked by Lentzou as an inspiration in the end credits, along with––in a nice surprise––Paul Thomas Anderson, who provided script help as the film passed through various international development labs.)

Konstantinos Koukoulios’ eclectic, natural light-immersed cinematography of the film’s more realistic sequences is something to behold, but what really distinguishes Moon, 66 Questions is its aforementioned para-textual feel. Explanatory inter-titles are forsaken for inserts from the Major Arcana suite of tarot cards (The World, The Magician and so on); a pale, ghostly moon reappears in long shot, supplemented by Artemis’s questing voice-over. Intermingling in a abstract space when they can’t in real life, snowy, degrading home video footage from Paris’s VHS collection is overlaid with yet more voice-over read from Artemis’s private diary, the video timecodes from the former creating poetic torsion against the latter reading out a completely different date in the year. For Lentzou, these successive generations of the family have left their traces across different media, in hard-copy (Paris’s old postcards and CDs are vital props) and ephemerally digital worlds. (In another scene, hinting at a lack of self-reliance, Artemis dangerously attempts teaching herself how to drive in her dad’s old Jeep.) Only through the non-linear editing and sound-design possible in cinema can they be united, whilst, face-to-face, nary a full sentence passes between them.

The less satisfying aspect of Moon, 66 Questions is how the film progresses from its enigmatic start into a more narratively transparent end. There is a secret unveiled concerning Paris that breaks the story open, tidily explaining the sense of mystery and familial silence that Artemis spends the film trying to parse. It turns the formally adventurous mood-map feel of the film up to this point into window-dressing, for a twist that transforms the viewer from a sensitive observer to a detective, smugly leaving the film’s world with the truth in their back pocket. But overall, this is a striking first full-length work from Lentzou, showcasing an originality that immediately separates her from her peers in the current festival domain.