ND/NF Review: Bipolar is a Disorienting Road Movie with the Off-Kilter Vibe of Early Jarmusch 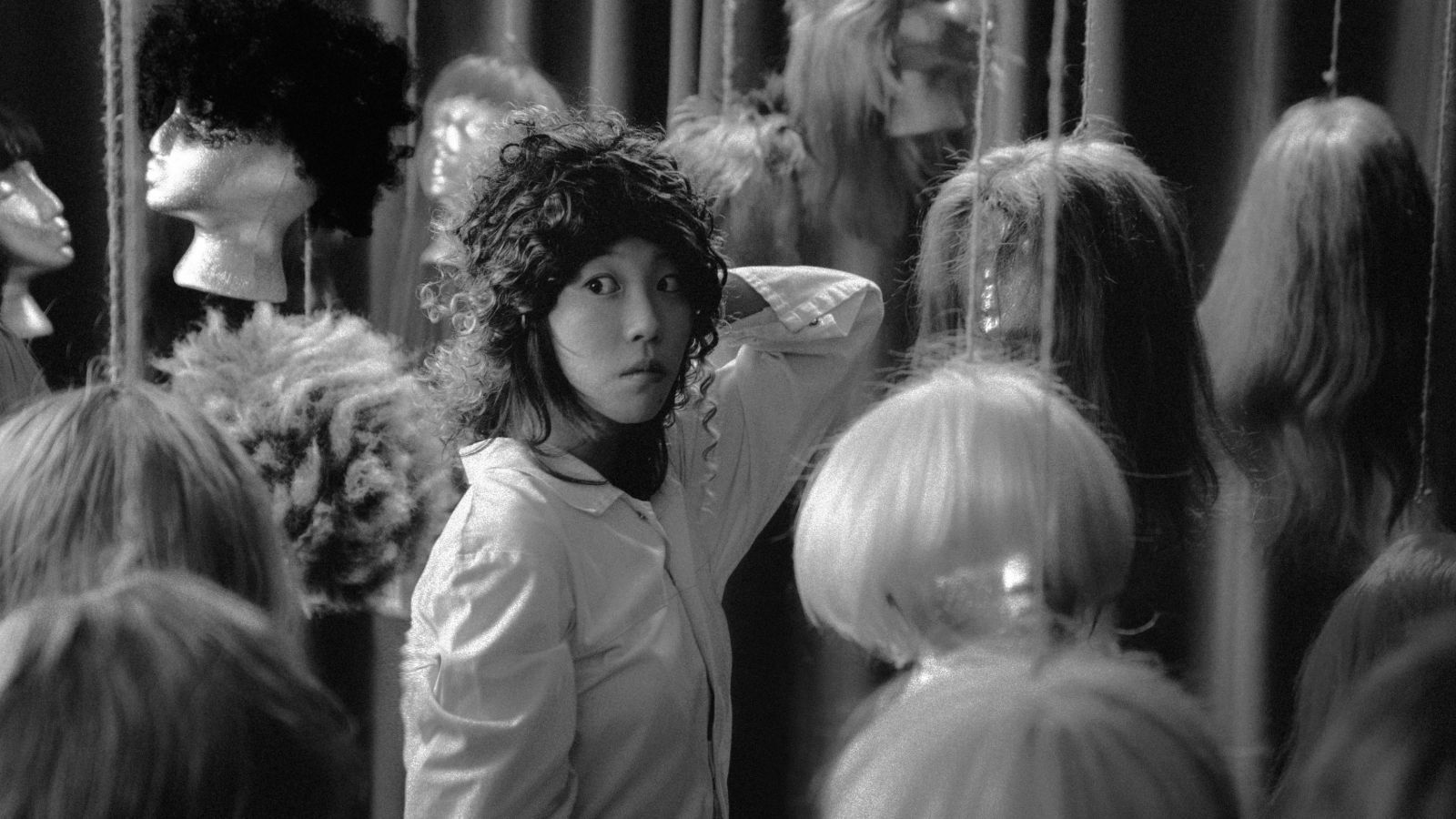 Queena Li’s Bipolar embraces the quirky uncertainties and randomness of a road movie like few other recent films. Initially, the jarring jumps in logic and time make the high contrast black-and-white odyssey feel occasionally incoherent. As one character aptly puts it, “plans are undependable,” and nearly every scene feels like it’s slipping between absurdist reality and a lucid dream state. But the stream-of-consciousness style matches the vulnerable psychological mindset of a protagonist reeling from emotional trauma.

Kun (Leah Dou) arrives in Lhasa, Tibet to cleanse her tortured soul by way of religious pilgrimage. A musician of some renown, she’s given the rock star treatment. Still, all the access and alcohol in the world can’t mend a broken spirit, so she naturally begins to wander through hotel corridors and banquet halls looking for a distraction. Instead, she finds a purpose: saving the mythical rainbow lobster that has been placed on display in the downstairs restaurant.

Feeling kinship with a similarly trapped soul, Kun springs the colorful crustacean and begins driving toward Ming Island Lighthouse, the purportedly magical stretch of ocean from whence it came. From here on out, the entire film functions as a reversal of the lobster-cam flashback sequence Li’s unveils, depicting its capture and long journey to aquarium prison, one of the film’s many lovely and disorienting tangents.

The mountainous Tibetan terrain offers up one eccentric character after another, from gold miners to runaway monks. Memories of a past lover keep popping into Kun’s head as she converses with locals and later drinks to the point of delirium. One midnight stroll through the cages of a zoo magnifies the raw intensity raging inside that has otherwise only been released through her song lyrics.

By reveling in the rambling and weird beauty of first impressions, and infusing the weary narrative with an underbelly of rock music needle drops, Bipolar has the off-kilter vibe of an early Jim Jarmusch film. Except it’s more concerned with symbolism and philosophy of purpose rather than specifics of character. Kun’s painful past experiences are never explored past the languishing images of a dank swimming pool, or a bloody bubble bath. As a person, she remains an enigma. But as a vessel trying to find salvation by moving freely through different spaces, she becomes a fascinating and compassionate entity.

Many of Kun’s conversations with various Tibetan and native Chinese characters address how one defines home, which is natural for a road movie. But unlike so many of its Western counterparts, Bipolar doesn’t embrace the notion of home as a way to achieve happiness. “We can be buried anywhere,” one man says. This is a film connected to living in the moment, wherever that may be, and sometimes those moments conjure up more painful ones from times we’d like to forget.

Admittedly, Bipolar is not easily accessible in this regard since the film moves and such a meandering and plodding pace. It takes some time getting used to Li’s strangely muted cinematic rhythm. But once the hum of the open road transcends any need for narrative coherence or temporal continuity, Bipolar creates an expansive space for reflection that’s always bending with the horizon’s next curve.