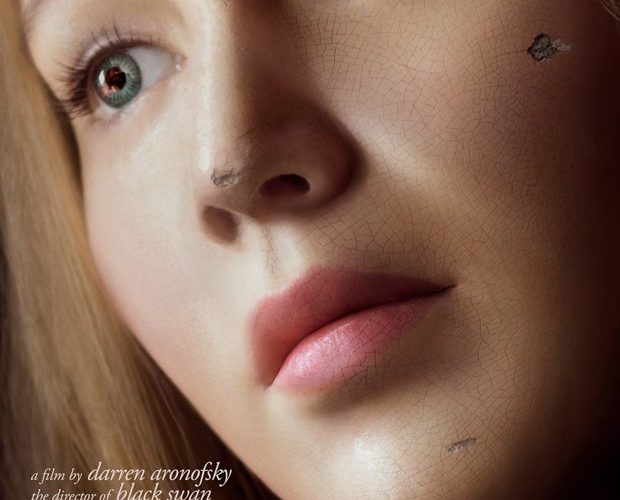 TIFF Review: ‘mother!’ is One of the Most Insane, Ludicrous Studio Releases in Years

Darren Aronofsky must love a good allegory, although making one himself appears to be a different matter entirely in mother!. Starting out as Aronofsky returning to his wheelhouse of paranoia thrillers in the vein of Pi and Black Swan, mother! becomes something much different and flat-out stupid than anything he’s made up to this point. Yes, the usual elements are all here — the mental breakdown of its lead character, the handheld, close-up visuals he adopted since The Wrestler, and the descent into full-blown madness in the final act – but they’re working within a thematic scale around the same size as his biblical epic Noah. The ideas may be big, but Aronofsky’s brain is still as small as it’s always been, leaving mother! as an exercise in watching someone drive their one, ridiculous idea straight off the tallest cliff imaginable. It’s one of the most insane things to grace multiplex screens in years; it’s also one of the most ludicrous.

Taking place entirely in a large, worn-down Victorian house in the middle of nowhere, mother! exists in a space shrouded with vagueness, both in regards to its characters and the various literary, religious, mythological, and self-reflexive references made throughout. The homeowners are an unnamed couple; She (Jennifer Lawrence) is a housewife spending her days renovating the home, and He (Javier Bardem) is a successful poet trying to work on his next piece. They live an existence that She finds idyll, until a Man (Ed Harris) comes knocking at their door. The Man claims he mistook their house for a bed and breakfast, and He offers a room to stay for the night despite his wife’s concerns over letting a stranger into their house. Cut to the next morning, when suddenly the Man’s wife (Michelle Pfeiffer, credited as ‘Woman’) shows up, followed by their two sons (Brian Gleeson and Domnhall Gleeson) and eventually more people, which horrifies Her but doesn’t seem to faze her husband.

With the lack of specific names and little to go on background-wise (Bardem’s character refers to a fire that burned his house down in the past, but that’s it), Aronofsky leaves little to pull from within his film, and even less for his cast to do. Lawrence, who’s largely shot from behind or in extreme close-up by cinematographer Matthew Libatique, walks around reacting for the most part, looking horrified, upset, or both at any given moment. Bardem oscillates between emotions with little consistency, leaving Harris and (especially) Pfeiffer to have the most fun as the mysterious guests, who act increasingly hostile as they continue violating their hosts’ boundaries. Aronofsky’s lack of specificity could have led to more intrigue, but it actually results in making his big metaphor get plastered all over his characters.

That one, giant metaphor — the reason why Aronofsky has kept his film a big secret until now — is all that drives mother!, a move that doesn’t work in the slightest until the secrecy gets abandoned in the final act. Aside from the image of a beating heart Lawrence sees inside the walls of the house, Aronofsky maintains a naturalistic look, shooting on 16mm handheld. He also tries to ground some of the story in modern-day reality, showing cell phones (no signal at the house, of course) and having someone try to call 911 when things get worse. But the visuals and red herrings don’t make any sense if they’re intended as a way to ground the film or trick viewers into thinking it isn’t exactly what it’s supposed to be. These are characters with no names talking about life, creation, and death after all. Trying to hide what’s really going on is completely unnecessary.

Luckily, Aronofsky drops his pretenses in the second half, which flashes forward to the aftermath of Him publishing a new, successful poem. The sequence making up the final act, which shouldn’t be spoiled under any circumstances, converts every wink and nudge made by Aronofsky into a barrage of full-strength kicks and punches, turning the house into a sort of crash course for human civilization, with Lawrence ping-ponging between all the chaos around her. It’s a go-for-broke finale that makes mother! become more fun than dumb, and Aronofsky’s sheer commitment to following his lone idea through in the most extreme way imaginable almost saves the whole thing. But it’s a case of too much too late, and the extreme nature of the conclusion can’t escape the fact that it’s in service of an absurd allegory. By the end, mother! is easy to admire for its ambition, but even easier to laugh at for its execution.

mother! screened at the Toronto International Film Festival and opens on September 15.