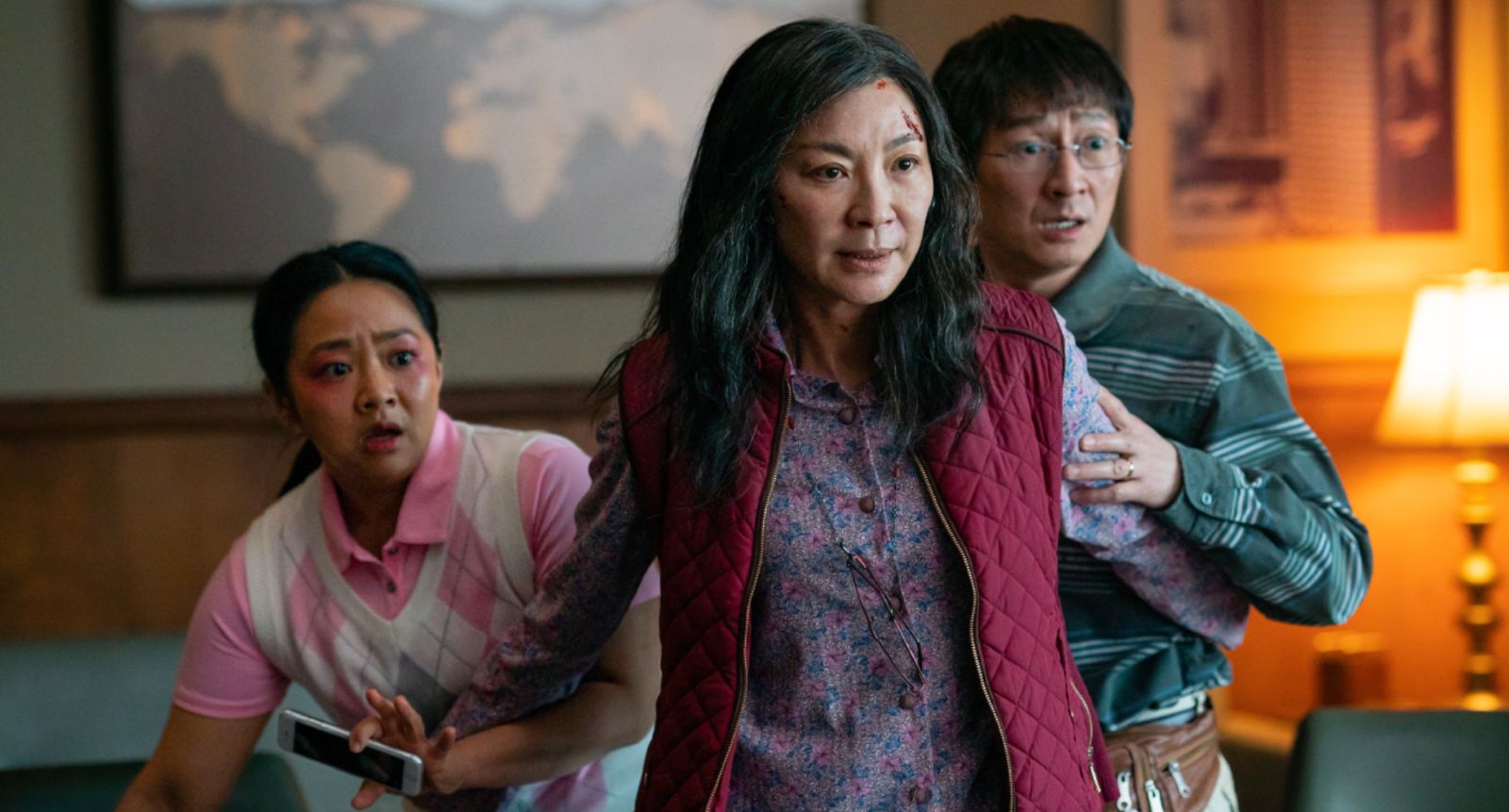 After their one-of-a-kind, fart-propelled odyssey Swiss Army Man, Daniel Kwan and Daniel Scheinert briefly went their separate ways as the latter directed the equal parts disturbing and hilarious The Death of Dick Long. Daniels are now back with Everything Everywhere All At Once, a sci-fi action adventure that reunites them with A24, following an exhausted Chinese American woman (Michelle Yeoh) who can’t seem to finish her taxes.

With a cast featuring Stephanie Hsu, Ke Huy Quan, James Hong, Jenny Slate, Harry Shum Jr., and Jamie Lee Curtis, the first trailer has now arrived head of a SXSW Opening Night premiere on March 11 and a theatrical release beginning March 25. As one can see in the trailer, the logline is only the tip of the iceberg when it comes to the rather ambitious story the Daniels are attempting to pull off here.

“We are thrilled to premiere Daniels’ latest work, which is fantastically inventive, entertaining, emotionally grounded, and crammed with the exceptional creativity that makes their projects so satisfying,” said Janet Pierson, Director of Film at SXSW. “Audiences are going to have their minds blown by this extraordinary feat of filmmaking.”

Everything Everywhere All At Once opens SXSW on March 11 and hits theaters on March 25.