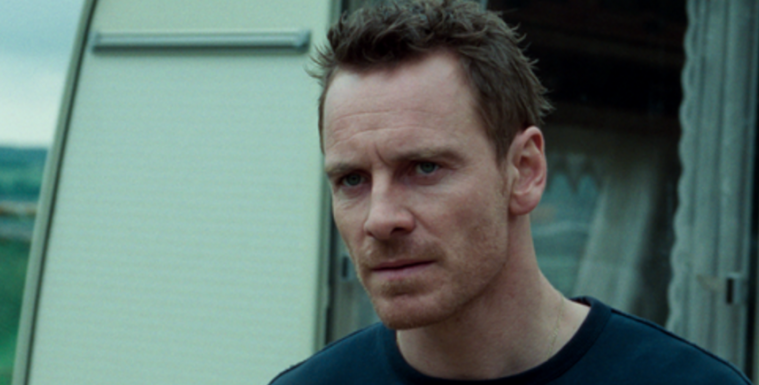 With The Light Between Oceans coming and going fairly quickly following its Venice premiere and subsequent theatrical release, Michael Fassbender was also on the fall festival circuit with another film, Trespass Against Us. Coming from commercial and music video helmer Adam Smith, Fassbender stars alongside Brendan Gleeson as a family embroiled in a life of crime. While A24 haven’t set a specific 2017 date yet, they’ve now released the first trailer.

We said in our review, “It’s clear within the first few minutes of first-time director Adam Smith’s Trespass Against Us — as a muddy Subaru races after a bounding rabbit in the U.K. countryside, with a young boy at the wheel — that the film to follow will be a disorienting experience. Indeed, it’s one that plunges the audience into thematically murky waters. Crime thriller or offbeat family drama? Darkly funny or way too dreary? Trespass has all of these elements, and ultimately, this thick stew is unsatisfying.”

Check out the trailer below, along with a post-screening Q&A at TIFF.

Trespass Against Us is set across three generations of the Cutler family who live as outlaws in their own anarchic corner of Britain’s richest countryside. Chad Cutler (Michael Fassbender) is heir apparent to his bruising criminal father, Colby (Brendan Gleeson) and has been groomed to spend his life hunting, thieving and tormenting the police. But with his own son, Tyson (Georgie Smith) coming of age, Chad soon finds himself locked in a battle with his father for the future of his young family. When Colby learns of Chad’s dreams for another life he sets out to tie his son and grandson into the archaic order that has bound the Cutler family for generations. He engineers a spectacular piece of criminal business involving a heist, a high-speed car chase and a manhunt, which leaves Chad bruised and bloodied and with his very freedom at stake.

Trespass Against Us will open in 2017.