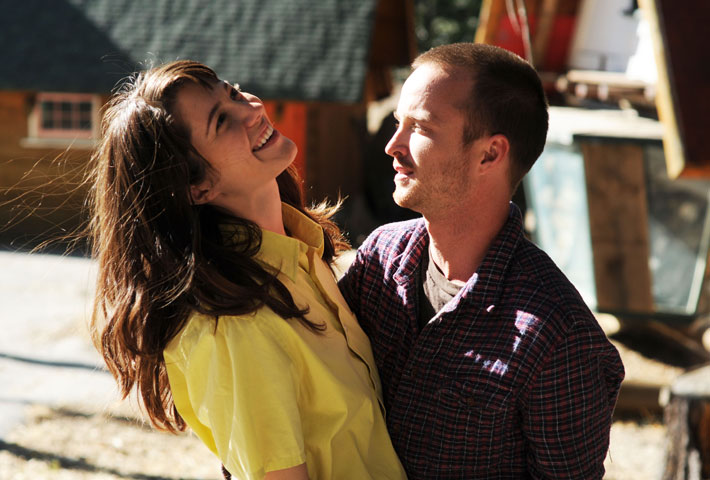 We were provided with four clips and a batch of stills, but now Sony Pictures Classics have finally launched the trailer for Smashed. We loved James Ponsoldt’s drama, calling it one of our favorite films at Sundance. The film follows Scott Pilgrim Vs. The World‘s Mary Elizabeth Winstead in a devastating look at alcoholism.

This theatrical trailer is quite short compared to what we’re used to and it seems to have a more playful tone than I would have imagined for this kind of drama. Light on dialogue, it still provides a solid sense of what to expect, as we mostly see Breaking Bad‘s Aaron Paul and his relationship with Winstead. Check out the trailer below, along with  the poster, for the film also starring Nick Offerman, Megan Mullaly and last year’s Oscar winner Octavia Spencer. Kate and Charlie like to have a good time. Their marriage thrives on a shared fondness for music, laughter… and getting smashed. When Kate’s partying spirals into hard-core asocial behavior, compromising her job as an elementary schoolteacher, something’s got to give. But change isn’t exactly a cakewalk. Sobriety means she will have to confront the lies she’s been spinning at work, her troubling relationship with her mother, and the nature of her bond with Charlie.

Smashed is screening at TIFF and opens on October 12th.