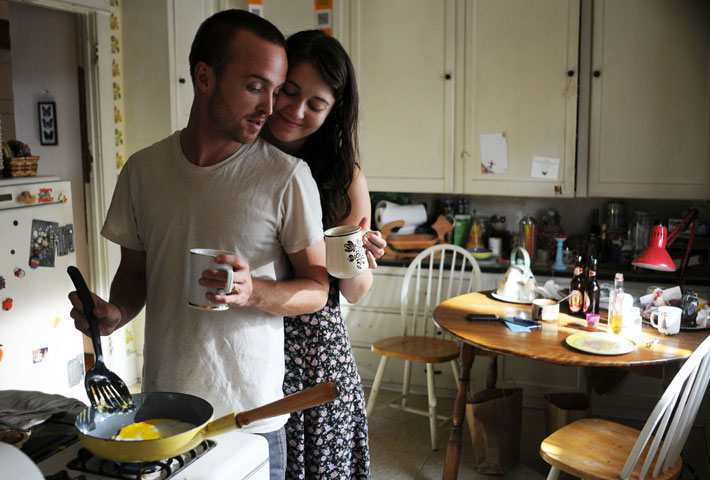 With a debut set for the fall, James Ponsoldt‘s devastating look at alcoholism, Smashed, will now get an added bump after premiering at Sundance (where we called it  one of the top films). The drama, which is led by Mary Elizabeth Winstead, has been added to the Toronto International Festival 2012 roster and now we’ve got a batch of new images.

One can see Breaking Bad‘s Aaron Paul, as well as The Help Oscar-winner Octavia Spencer, Park and Recreation‘s Nick Offerman and his wife Megan Mullally as supporters in the film. We’re still waiting on a trailer from Sony Pictures Classics, but hopefully that will arrive soon. Check out the images below thanks to HeyUGuys and look for Winstead re-teaming with Ponsoldt in his next feature, The Spectacular Now.