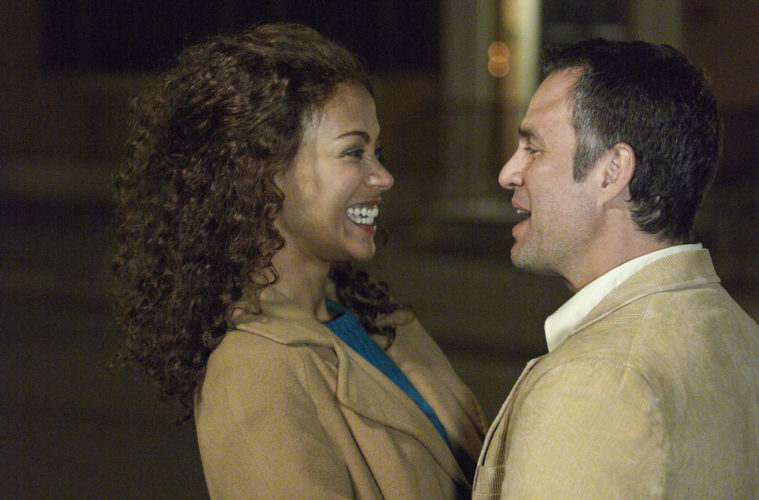 By the time Infinitely Polar Bear finally opens in theaters in the U.S. it’ll be nearly 1.5 years since its Sundance Film Festival debut, so we’ll forgive you if you’ve forgotten about the drama. Teaming Mark Ruffalo and Zoe Saldana, it follows the pair as parents, with the former being a manic-depressive mess of a father who tries to win back his wife by attempting to take full responsibility of their two young, spirited daughters, who don’t make the overwhelming task any easier.

Directed by Maya Forbes, the first trailer has now arrived, which seems to sway a little to heavy on the whimsical spectrum when dealing with mental illness. Since we didn’t catch it at Sundance or last fall’s TIFF, we’ll have to wait and see the results shortly. Set for a summer release by Sony Pictures Classics, check out the Australian trailer and poster below.

Fresh from his much lauded performances in Foxcatcher and The Normal Heart, Mark Ruffalo plays Cam, a manic-depressive mess of a father who, when his wife (Zoe Saldana) goes away to business school, attempts to take full responsibility of their two young and spirited daughters. Following a breakdown that left him unemployable and despite his track record of not fulfilling expectations, Cam is determined to overcome his disease and prove to his family that he can be the man they need him to be. Based on the childhood of writer/director Maya Forbes, this funny, moving depiction of mental illness was one of the standout films of the 2013 Sundance Film Festival and again at the Toronto Film Festival in 2014.