Lost Course Review: An Epic Look at Democracy, Power, and the Pitfalls of Idealism in South China 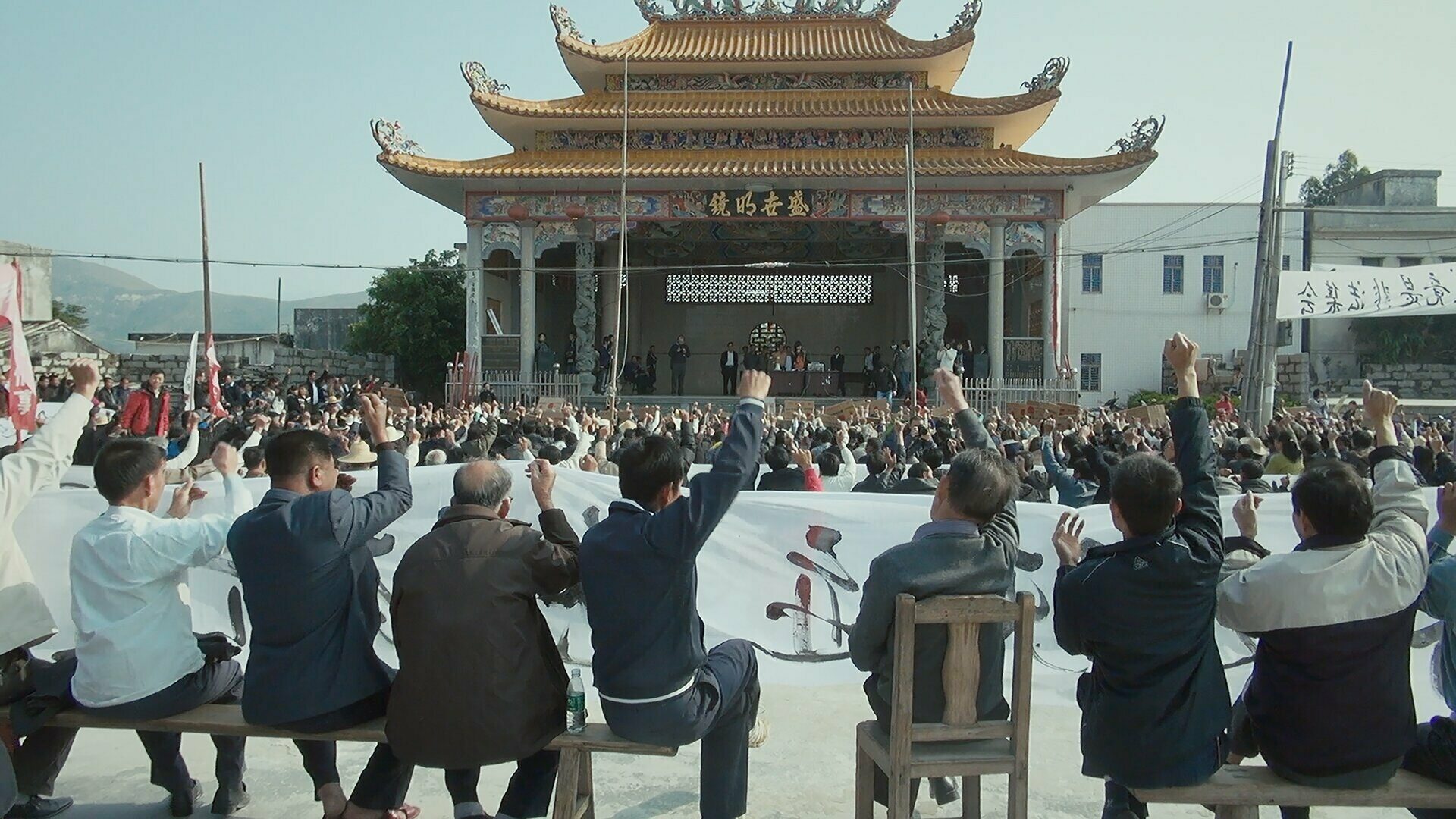 “I was locked in Guangdong jail for twenty days,” says Hong, a resident of Wukan, China who became a key figure in the small village’s 2011 protests that drew worldwide attention. “During those twenty days, I developed a view of life. I now believe that the most important thing is not health, but freedom.” Such a view underpins Jill Li’s fantastic first feature, the documentary Lost Course, which explores the extraordinary events that led to the ousting of Wukan’s corrupt officials and subsequent ascension of the once-protestors to local government. The three-hour film at times feels more like a political epic on the scale of Dickens or Hugo, weaving a cautionary tale about democracy, power, and the pitfalls of idealism.

With an adept directorial hand, Li steers (mostly) clear of the controversial issues surrounding the CCP by honing in on the politics of a specific rural town in Southeast China, allowing the microcosm to infer the larger picture. Part One, “Protests,” drops viewers immediately into Wukan’s 2011 civil unrest. Local officials have been selling off fertile farmland to real estate developers without the villagers’ knowledge or permission, and for a poor rural community, the inability to till their own land for food is tantamount to death. Together, the villagers band together in a stunning show of protest, further inflamed after five village representatives, sent to negotiate with officials, are abducted and arrested. One of these men, Bo, dies under police custody, and his absence hangs over the rest of the film, becoming a symbol for the town’s collective struggle and democratic vision. To watch the community come together in righteous anger is inspiring, and even more so when they are eventually triumphant.

After the provincial government agrees to the villagers’ terms, there’s still more than half the runtime of the movie left. Li had the prescience to keep the cameras rolling on the epilogue, which actually becomes the more interesting half of the story. With the old guard gone, the villagers receive a crash course in democratic proceedings and elect their new local officials, most of whom are former protesters. However, when Li returns a year later, the unity Wukan enjoyed is nowhere to be seen. Residents who are frustrated with the lack of progress on the return of land accuse the new officials of being as corrupt as the old, while the new government tries to broker frustrating deals with the higher ranks. The idealism from the days of protest has worn off; now, political leadership proves to be tricky business. Having rooted for and witnessed a true people’s victory, it’s heart-breaking to watch the town splinter apart. Divided by their differing visions of democracy, former comrades split into factions and scheme against each other. And those we thought of as heroes are now, in harsher light, revealed to be simply human and flawed. Their respective rises and falls are what makes Lost Course a compelling character drama. In particular, Lin, who acted as the figurehead of the 2011 protests, is by the end a fallen regent. He compares the villagers’ growing distrust of him to the country’s erstwhile rulers: “Now I finally understand why Chinese emperors addressed themselves as ‘The Lonely One.’ I’m a mere village official and I have no one to talk to.”

Li displays a shrewd knack for non-fiction storytelling, knowing what footage to keep and where for maximum impact, and how to keep all the complex moving parts going at a steady pace. Like a good thriller, Lost Course even sets up a minor mystery in its earliest minutes that viewers will forget during all the twisted, winding turns of the movie, only to be brought back at the end for a grand reveal. Importantly, though Li guides the story in a certain direction, she’s also careful not to cast judgment on those who appear in the film. Characters and events are presented from multiple angles, narrated by villagers with differing views. It’s up to the viewer to decide who to trust, who is right or wrong, and even if anything was truly won.

Some of the context, especially regarding the protests, is lost in the shuffle, causing confusion about finer details, but this doesn’t detract from the human core of the film. After a year that’s been marked by the collective anger of the global populace facing disease and inequality, Lost Course feels particularly necessary. It’s a story that will haunt you with the question: is change possible?