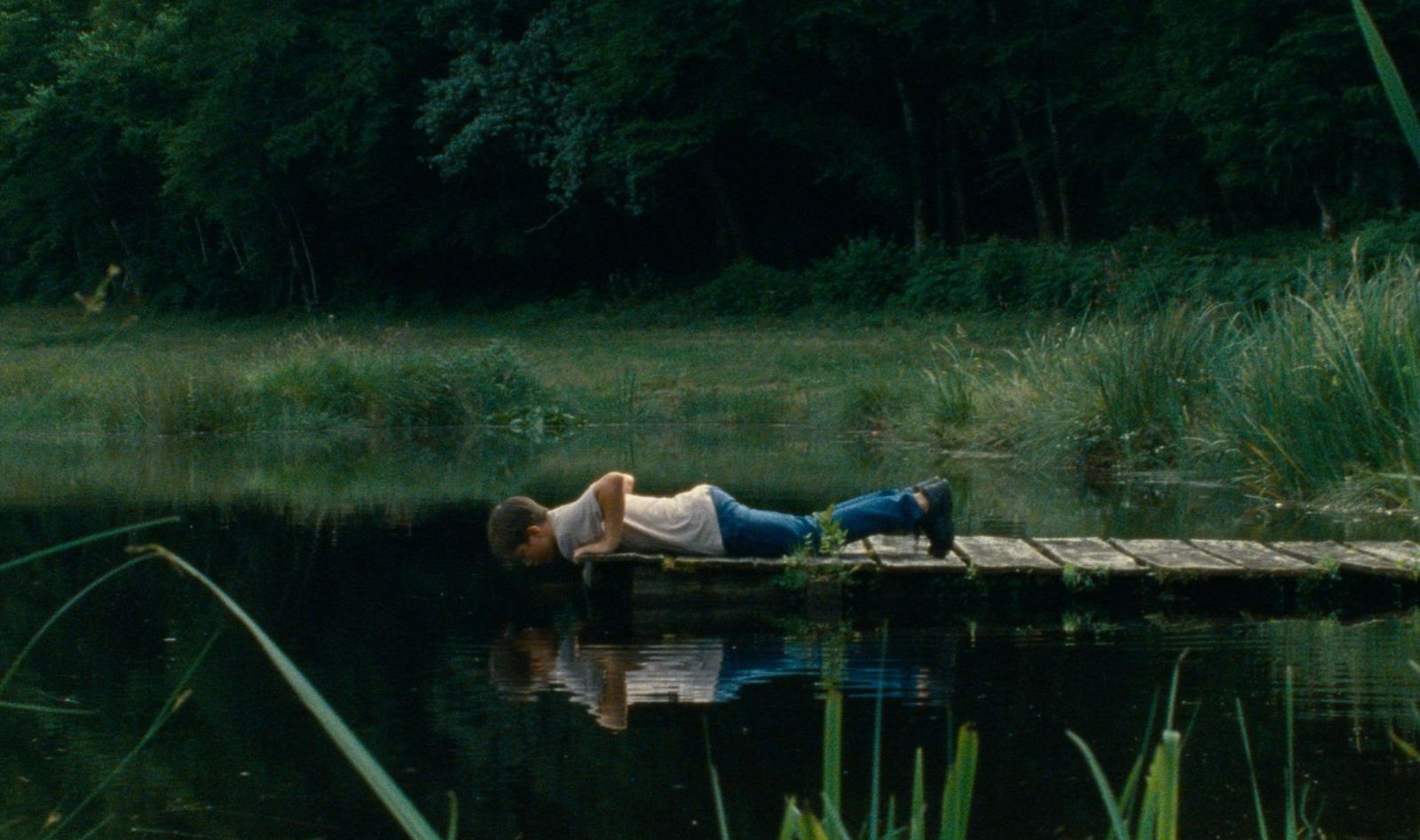 Astrakhan fur is unique: dark, beautiful, and stripped exclusively from newborn lambs, even ones killed in their mother’s womb. (Stella McCarthy once said it’s like wearing a fetus.) That ruthlessness—a sense of lost innocence; blood sacrifice—runs deep in Astrakan, a new film from France and one of the better in Locarno this year; and if that title isn’t enough to give pause, plenty else in the opening exchanges will. The first act is a procession of flags, both red and false: at the opening the protagonist, Samuel, lightly goads a snake in the reptile house of a zoo; moments later a rabbit is hung and skinned in his kitchen with all the ceremony of a boiled kettle; queasiest of all, an older lad is seen walking toward the house cradling berries in his shirt, just enough that the lip of his underwear and his midriff are left strikingly visible.

What kind of gaslighting is this? Drawing a viewer’s attention to something is one thing; making them feel an uneasiness in their bones is another entirely. The director of Astrakan is David Depesseville (frankly just a touch too close to Depressville for comfort). Astrakhan is his first film and suggests something of a stylistic calling card, not least at film’s close: a late flurry of exposition and offcuts that are less in service of plot or character or even mood and more an artist showing what else they can do. It’s not entirely a turn-off.

Astrakan stars the young Mirko Gianinni as an abandoned boy taken in by the not-entirely-indecent Maria (really) and her rather less-decent husband, Clemént (Jenny Beth and Bastien Bouillon, respectively), a pathetic sort liable to crack the belt from time to time. The man with the berries is Maria’s younger brother, a stunted male in his late 20s who lives down the road from their remote farmhouse; whose room is still wallpapered with images of motorcycles; who makes suggestive advances at Samuel; and who may be doing worse still with another of Maria’s strays. Any time the boys act out, Maria grows weary before conceding she must stick it out, lest she lose the state benefits that have been keeping her and Clemént afloat. Love, as it were, is in short supply, until a sweet and hilariously hormonal girl (Lorine Delin) from Samuel’s class begins calling around.

In press notes Depessville references Maurice Pialat’s Naked Childhood, another story about a troubled boy in troubling foster care from a year when France’s youth were set to revolt en masse. Depessville’s update has style to go with the realism: surreal flourishes, dream sequences, and a vaguely cursed pastoral mise-en-scène courtesy DP Simon Beaufils. One of the plot’s leitmotifs concerns Samuel’s inability or unwillingness to defecate, which causes Maria no shortage of consternation. Another shows Samuel training for a gymnastics competition, a hobby in which he seems to take great pride. In the best sequence, Samuel and two other boys hop on a boat that immediately becomes untethered, floating downstream. Depessville lines these precipices in a row, allowing his protagonist to glance into the abyss. At its very best, Astrakan is a gripping, impressionist rendering of the raw precariousness of youth.

Aesthetically we’re in Carla Simon territory; moving through the seasons in otherwise lovely rural idylls. Tonally we’re much closer to Haneke, and like White Ribbon / Kids Are Fucking Terrifying Haneke, but also Dark Lord of Mischief Haneke. Depessville allows Samuel a few moments of grace, even if they don’t last long: a school trip, a date where he scares off some bullies, a jaunt to the movies, even a kiss. Near the start, on the way home from the zoo, Clemént tells the boys to duck as they dip below a bridge. He’s doing a “bit,” of course, and probably a well-worn one, but the moment dispels the film’s interest in reality and invites notions of fantasy to creep in, taking the edge off much of what comes after—even up to Samuel’s last act: a horrendous shock that almost comes off as endearing. This is no mean feat.