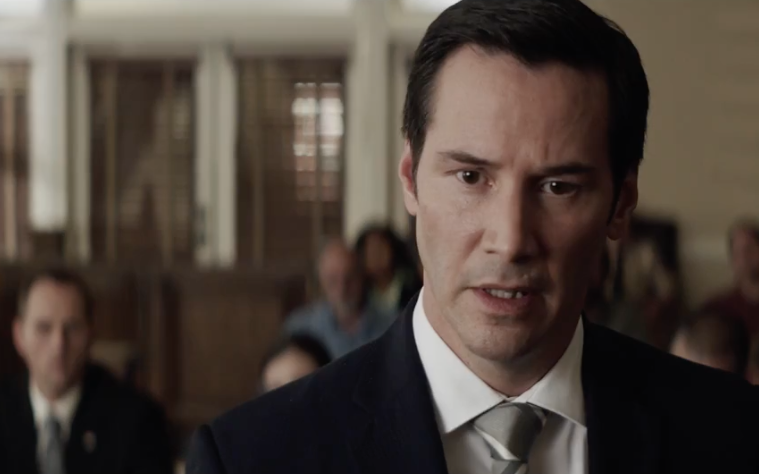 Now, we do admit that a Keanu Reeves-led legal thriller that’s been scheduled to open on the other side of the planet before getting so much as U.S. distribution is a dicey proposition, expectations-wise – but we also love the actor and notice there’s a decent supporting pedigree, and I, myself, think titles of this particular mold are in short supply nowadays. What’s the worst that could happen?

We might have some idea when The Whole Truth opens in Japan at March’s end. Frozen River director Courtney Hunt is following her acclaimed 2008 feature with this project, which sees Reeves portray a lawyer defending a man who killed his father — himself the lawyer’s former client. You won’t glean much of that from the first preview, which is both short and filled with Japanese voiceover, so take this as a reminder that something of potential value, throwback and otherwise, is waiting in the wings.