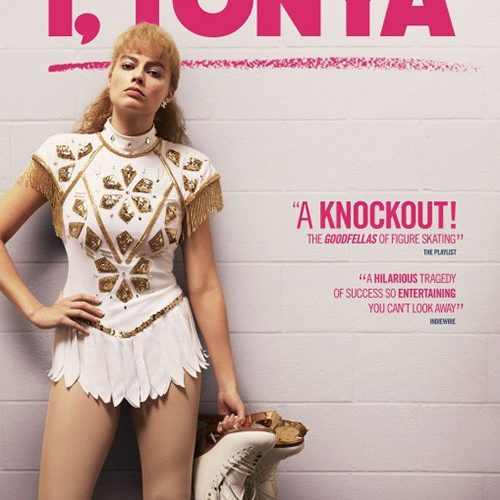 TIFF Review: Margot Robbie is at Her Best in the Darkly Comedic ‘I, Tonya’

Eclipsed by the subsequent notorious O.J. Simpson murder fiasco, one can’t really blame Margot Robbie for initially believing Tonya Harding to be a fictitious character. What was months prior an inescapable media frenzy, the Kerrigan-Harding incident was erased from prevalence almost instantaneously. Configured as a mockumentary, Craig Gillespie revives the case against Harding in a darkly comedic and surprisingly affecting study of an athlete shunned from the public eye for what might have been nothing more than the result of a teenager who followed her heart.

Having proven time and time again that she is more than worthy and capable of supporting a feature on her own. I, Tonya (finally) grants Margot Robbie the opportunity to delve headfirst into a role that not only offers top billing, but showcases the emotional complexity and riotous charisma we all know she possesses; with the narrative chutzpah to back it up. For Craig Gillespie, I, Tonya represents a similar vindication, giving credence to the director’s budding gift first demonstrated in his dramedy Lars and the Real Girl, even if it is ten years on.

I, Tonya’s narrative scope isn’t fixated in Harding’s perspective, providing ample insight into the skater’s life story recounted by those closest to her. Arranged around interviews taking place 20 years after the attack on Kerrigan, the film’s chaotic retelling brilliantly mimics the flurry of uncertainty concerning exactly what happened on January 6th, 1994 and who knew about it. Those being examined, apart from Harding, are her abusive ex-husband Jeff Gillooly (Sebastian Stan), who orchestrated the assault with friend and Tonya’s bodyguard Shawn Eckhardt, and her abusive mother LaVona Golden (Allison Janey).

Margot Robbie’s portrayal of Tonya Harding is without question the actress’s most complete performance. Contributing portions of her own skating, Robbie might not have been able to duplicate what Harding could execute on the ice, but impeccably captures the freedom and happiness that avoided Tonya anywhere else except when she was standing on two blades. Overshadowing the caliber of Robbie’s lead performance is no easy feat, but it’s something Allison Janey manages to do as Harding’s mentally deranged mother. With a pet bird perched atop her shoulder and a cigarette never too far from her lips, Janey’s cynical, unloving, and hysterical turn is amongst her most memorable performances in a career full of them.

What Gillespie’s film ultimately conveys is that the event which rendered Harding a punchline silenced a far more painful and troubling tragedy. Golden’s daily verbal and physical abuse of her daughter began when she was just a toddler and continued until Tonya was well into her teenage years. Harding then met Gillooly who promptly picked up where LaVona had left off, increasing the severity of each beating.

Writer Steven Rogers approaches this defining violence as it is nothing out of the norm, which it essentially was for Harding, who did occasionally fight back. The vulgar quips and Gillooly’s hounding of Harding from room to room may make the cruelty accessible, but the sympathy it provokes is poignant. I, Tonya succeeds because of the pathos it creates. Harding’s obstinance and perseverance, amplified whenever she stepped onto the ice, is unwavering. Impeded at every important juncture, the figure skater fought for each inch, earning the viewer’s respect, compassion, and possibly the oversight of a disgraceful decision.

I, Tonya premiered at the Toronto International Film Festival and opens on December 8.