Glasgow Review: Our Midnight is a Hongian Exploration of Heartbreak 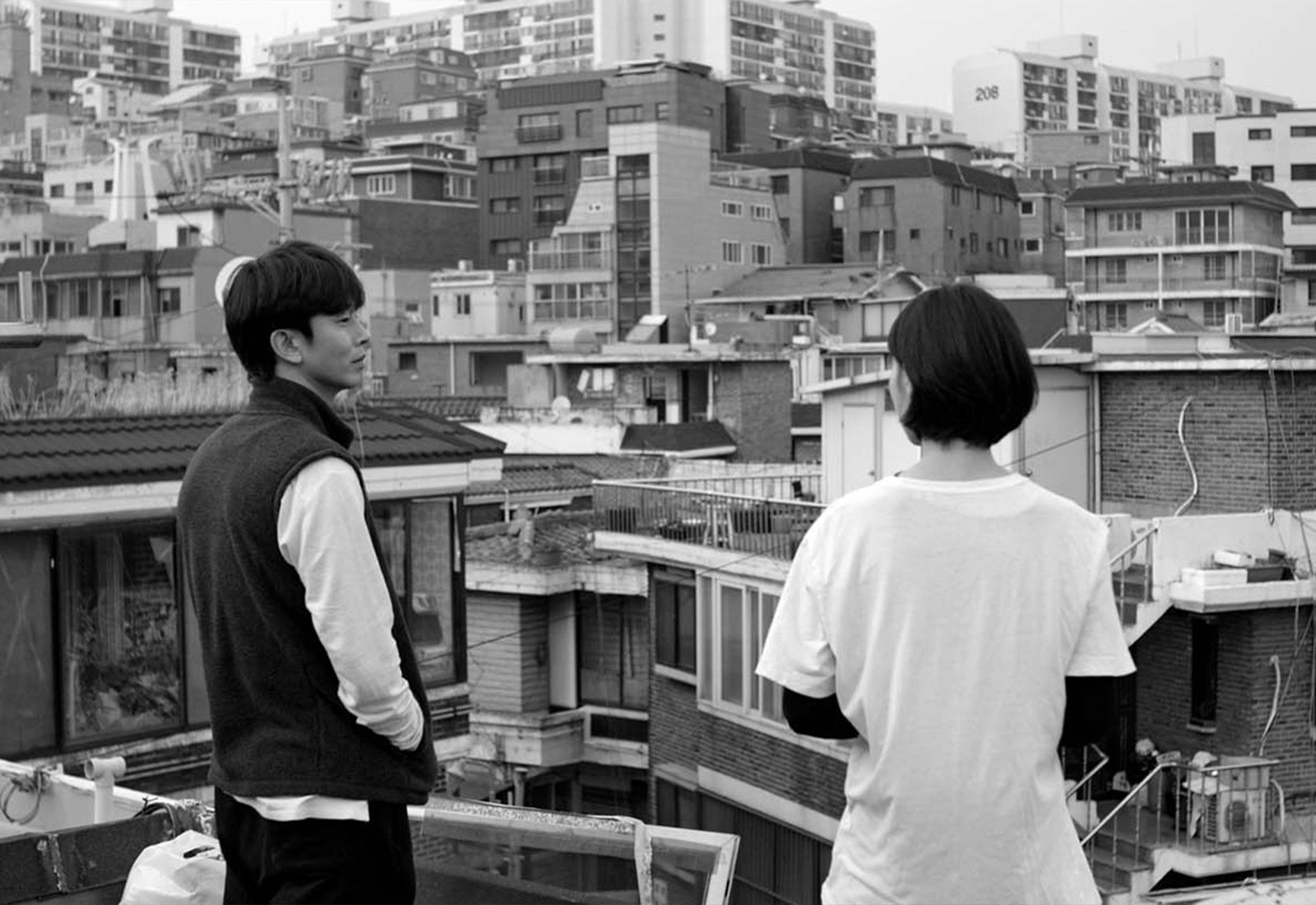 Lim Jung-eun’s directorial debut Our Midnight immediately draws comparisons to other contemporary works. Its use of structure, black-and-white photography, and the central dynamic between its protagonists is incredibly reminiscent of several Hong Sang-soo and Jim Jarmusch films, other aspects taking inspiration from Before Sunrise and Hiroshima Mon Amour. While inspiration can be a crutch for many debut filmmakers relying on influences too severely, the director thankfully takes the best of what’s come before and channels them into a work completely its own.

The film is centered on Ji-hoon (Lee Seung-hun), a struggling actor who has recently found out that his girlfriend is getting married to another man, and Eun-yeong (Park Seo-eun), a woman who has just reported her boyfriend and work colleague to the police for domestic assault. Ji-hoon’s despair is made apparent immediately through the agonizing interaction with his girlfriend, as he tries to defend his career choices and digs himself into a pit of heartbreak once he finds out his relationship is over. There is nothing overplayed in this sequence, the pain amplified through shocked silences and bleak sunlight, immediately establishing the depressive nature of Lee’s performance.

Lim’s greatest decision in Our Midnight‘s early stages is depicting the weight of Eun-yeong’s choice to report her partner for violence. There is no physical depiction of the violence, no anguished monologues or major close-ups of Eun-yeong crying, just subtle trembling and brilliant use of focus as she walks into the police station. With this touch, her decision to express what happened on her terms is made even poignant. It is an astonishing performance from Park, who shows significant complexity and gravitas as her character develops and learns how to express trauma healthily. The two engage with each other on this lonely night in Seoul while Ji-hoon examines a bridge, looking for suicidal people. Their connection isn’t defined by momentary isolation as they spend the night together, learning about each other’s traumas and heartbreak as the hours wind on. Nor is it explicitly focused on romance, even with how sweet their connection is—these are people enduring significant heartbreaks. Instead, it’s focused on how special one night with a stranger can be, allowing yourself to be truly vulnerable with someone that you might never see again.

While the film is genuinely sweet and fronted by the immaculate chemistry between our leads, what helps Our Midnight stand out is the way it utilizes performance to cope with grief and trauma. Ji-hoon uses his skills and history as an actor to help Eun-yeong process the hurt against her, allowing herself the opportunity to say the things she was too afraid to tell her abuser. It’s an ingenious and emotional structural choice that’s boosted by elliptical editing and stellar photography. There are points when reality seems to blend, using its shadows to obscure faces and bodies, just leaving the words and emotions stranded in the midst of darkness—a refreshing aesthetic in a film that could have easily been minimalist, helping amplify the significance of their connection. By the final moments, its use of color re-contextualizes all the choices made behind the camera, showing how both Ji-hoon and Eun-yeong have helped each other through the pain just by being there. Sometimes it does feel like your entire life will be okay after one perfect night.

Our Midnight screened at the Glasgow Film Festival.