Francisca Review: Manoel de Oliveira’s Epic is an Achievement in Nearly Every Frame 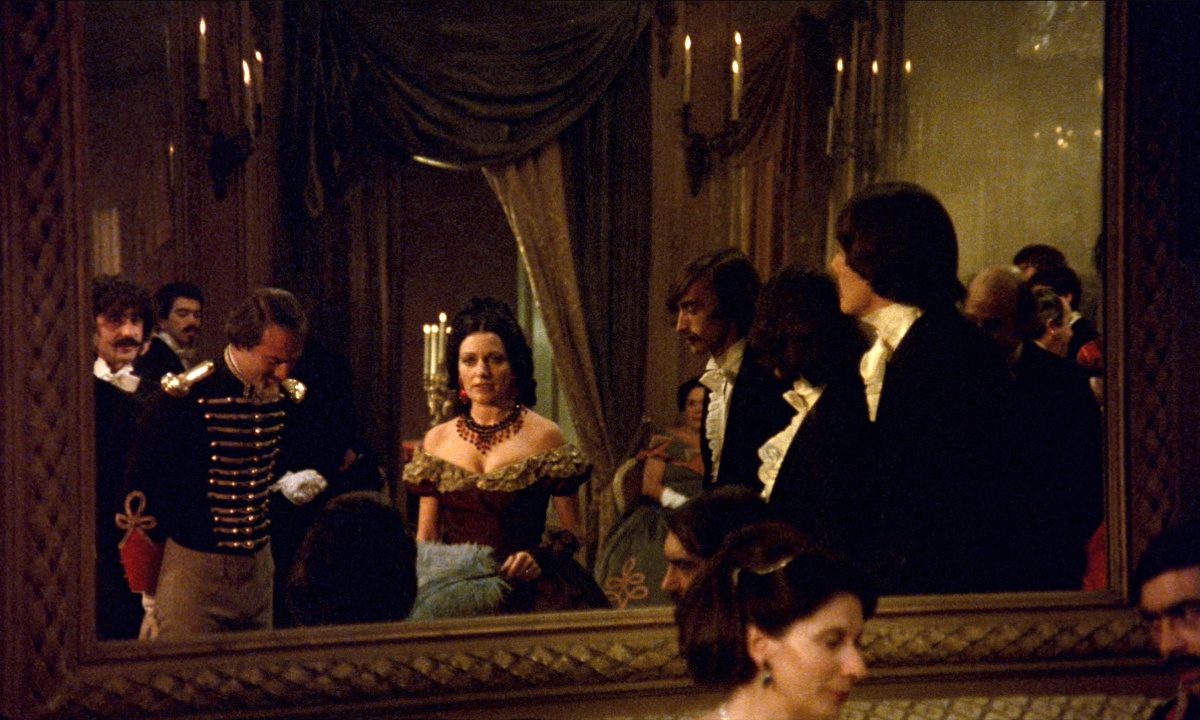 Cinematic representations of passion usually involve hot color schemes, sweaty images and fiery emotions, symbols of riveting and uncontrollable desire. In his 1981 masterpiece Francisca, a sprawling adaptation of Agustina Bessa-Luís’s novel Fanny Owen—itself based on true events—master filmmaker Manoel de Oliveira devilishly internalizes these melodramatic tropes, draping them in the opulent textures, swirling mustaches, and snooty stubbornness of 1850s high-society Portugal. Its key characters speak of love and lust, but each remains more beholden to the rigorous expectations of social protocols than anything else.

Their repressed emotions are left to stagnate as time passes. Free-spiritedness cannot exist in such a suspended state of ornate equilibrium, and so life becomes nothing more than mechanized routine. Like many of his generation, twenty-something José Agusto (Diogo Dória) has grown up in a state of national volatility, as Portugal transitions from the reign of Dom João VI to a society split between “liberalism and absolutism,” as described in the film’s opening title card.

Politics and philosophy come up more than once in languid conversations between the perpetually pouty José Agusto and his best frenemy, writer Camilo Castelo Branco (Mário Barroso). Yet the pair mostly verbally spar over their shared romantic interest in Fanny Owen (Teresa Menezes), the youngest daughter of a respected well-to-do family who remains almost entirely off-screen until midway through the film.

Of the eponymous beauty José Agusto says, “Her face seems from another time and place.” The same could be said of Oliveira’s ravishing epic of entombed candlelit interiors, deep-focus confetti-covered galas, and pristine walls of glass and mirror that reflect a growing sense of decay. As the central love triangle contorts into a bristling circular cycle of indecision, resentment, guilt, and betrayal, Francisca demands much from the viewer, asking us to sit silently and watch as these living corpses reach the only inevitable conclusion. Characters often turn and finish their monologues addressing the camera. They are performing for an audience of more than one.

But calling Oliveira’s approach theatrical would greatly diminish the level of cinematic achievement on display in nearly every one of Francisca’s luminous frames. It surveys a myriad of human moods inside cafés and bedrooms in much the same way John Ford’s The Searchers does with cabins and outposts, pinning characters in doorways, windowsills, against pillars and mirrors, giving them time to pose and posture before sulking away in a rage. José Agusto even rides his horse inside to pester Camilo, a classical Hollywood gag if there ever was one.

Though the film is named after her, Fanny never retains control of her own destiny. After eloping with José Agusto against the wishes of Camilo, she becomes mired in a downward spiral where distinguishing between mental and physical anguish becomes impossible. While Fanny’s affection for both men seems to oscillate depending on the scene, the one consistency in her life is boredom. “Yawning has become my most authentic emotion,” she tells the increasingly perturbed José Agusto.

Francisca, which was gloriously restored by Cinemateca Portuguesa in 2019, positions her suspended tumult within the context of a classic period melodrama, but Oliveira imbues each sequence with a sense of stylistic confrontation. The way his camera crawls one moment and zooms the next. The way his mise-en-scène portrays pockets of blue light trespassing on yellow haloed ground. The way his characters look longingly into negative space before turning their gaze to ours.

By the time Oliveira fully embodies that sense of nefarious, brutal egotism with a heart not broken but literally bottled and decaying, it’s become clear that Francisca is one of the greatest films about wasted time, even as it wastes not a single second of ours.