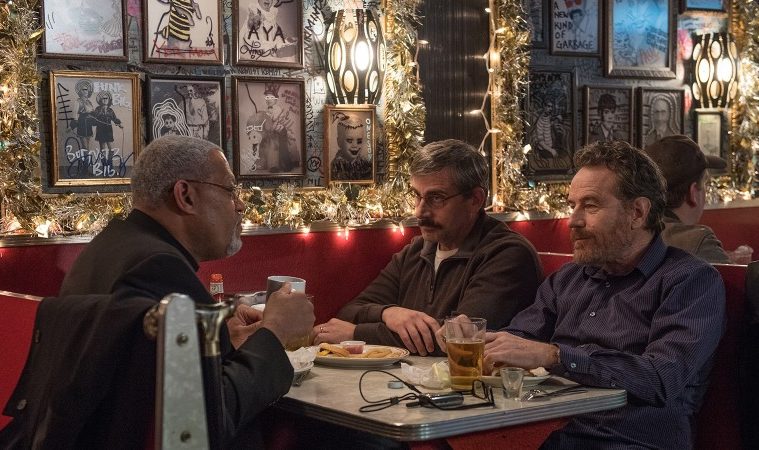 Set to open the 55th edition of the New York Film Festival, Richard Linklater’s Last Flag Flying is a spiritual follow-up to Hal Ashby’s The Last Detail, this time starring Steven Carell, Bryan Cranston, and Laurence Fishburne as they go on a journey to bury Doc’s son, killed during the Iraq War. Ahead of the premiere and early November release, Amazon Studios have now released the first trailer.

“Last Flag Flying is many things at once—infectiously funny, quietly shattering, celebratory, mournful, meditative, intimate, expansive, vastly entertaining, and all-American in the very best sense,” says NYFF Director and Selection Committee Chair Kent Jones. “But to isolate its individual qualities is to set aside the most important and precious fact about this movie: that it all flows like a river. That’s only possible with remarkable artists like Steve Carell, Laurence Fishburne, and Bryan Cranston, and a master like Richard Linklater behind the camera.”

In 2003, 30 years after they served together in the Vietnam War, former Navy Corps medic Larry “Doc” Shepherd (Steve Carell) re-unites with ex-Marine Sal Nealon (Bryan Cranston) and Reverend Richard Mueller (Laurence Fishburne) on a different type of mission: to bury Doc’s son, a young Marine killed in the Iraq War. Doc decides to forgo burial at Arlington Cemetery and, with the help of his old buddies, takes the casket on a bittersweet trip up the East Coast to his home in suburban New Hampshire. Along the way, Doc, Sal and Mueller reminisce and come to terms with shared memories of the war that continues to shape their lives. Amazon Studios presents, a Detour film production, a Zenzero Pictures/Cinetic Media production, a Richard Linklater film.