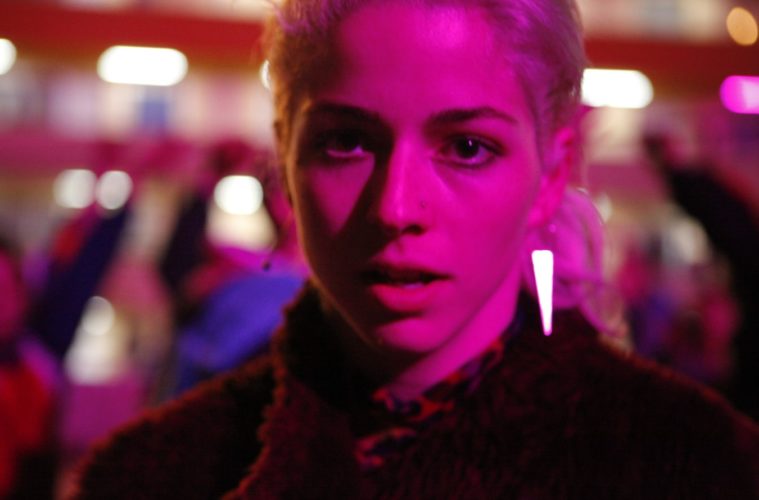 Chilean director Pablo Larraín had a major 2016, releasing three films in the United States with The Club, Neruda, and his English-language debut Jackie. With his post-9/11 drama The True American delayed, he embarked on a smaller feature in his native country. Ema is a dance-focused drama starring frequent collaborator Gael García Bernal and newcomer Mariana Di Girolamo. The script written by Guillermo Calderon (Neruda) and Alejandro Moreno follows Bernal as a dance choreographer and Di Girolamo as his schoolteacher wife. As they face the hardships of a failed adoption, they will express themselves through dance.

Now set for a world premiere at Venice Film Festival before coming to TIFF, the first trailer has now arrived which shows off no shortage of striking choreography and imagery intertwined with a heartfelt story of self-discovery. Also starring Paola Giannini and Santiago Cabrera, see the trailer and poster below, and return for our review.

Adoptive parents Ema (Mariana Di Girolamo) and Gastón (Gael García Bernal) are artistic free spirits in an experimental dance troupe whose lives are thrown into chaos when their son Polo is involved in a shockingly violent incident. As her marriage crumbles in the wake of their decision to abandon the child, Ema embarks on an odyssey of liberation and self-discovery as she dances and seduces her way into a daring new life. Centering on the sinuous, electrifying art of reggaeton dance, Ema is an incendiary portrait of a lady on fire, the story of an artistic temperament forced to contend with societal pressure and the urge to conform. From world-class director Pablo Larrain (Jackie, Neruda) comes another psychologically acute exhumation of Latin American life under restriction featuring an unforgettable heroine who is determined to move freely through the world, as she electrifies everyone and everything around her.