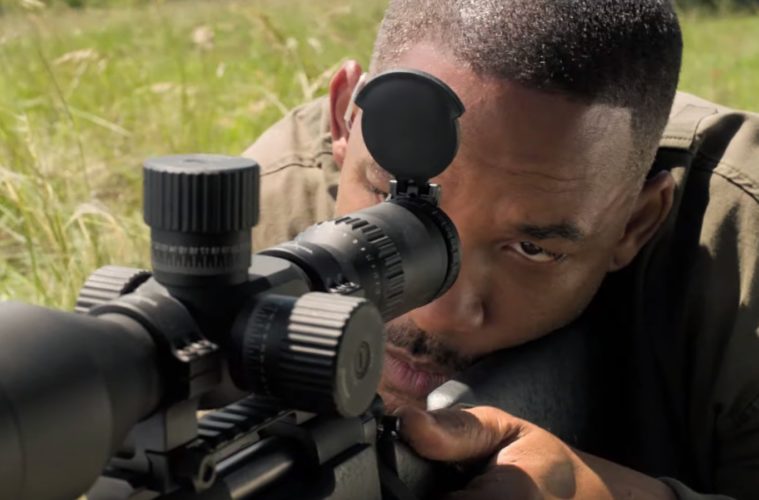 After trying out high frame rates with Billy Lynn’s Long Halftime Walk, Ang Lee is looking to continue pursuing technological advancements with his next film, which occupies a genre that may be better suited for such experimentation. Led by Will Smith, the October-bound action thriller Gemini Man follows an assassin who must battle his younger clone, with Smith himself playing this more sprightly version through motion capture and appearing in about half of the film. Lee shot the film in 120 frames per second and 3D in 4K and Paramount is already prepping theaters to show it in that format.

This story is not one that could have been told with cinema as we know it. However, thanks to incredible new digital technology, not only can we finally see both younger and older Will Smith embodied together on screen, but we can also experience the story in a deeply immersive way,” says Ang Lee. “It is my great fortune to be able to experiment and test the limits of what new digital cinema has to offer us. No less so to be able to work with two Will Smiths – One beautifully sophisticated, the other exuberantly honest. In my opinion, this is Will at his very best, and when the two come together, it is something truly magical. Further, the immense effort and technical skill of the crew in creating a new aesthetic, between the cinematography, art department, visual effects, and technical team, was both inspiring and heartwarming. I truly hope that this movie delivers a completely new theatrical cinematic experience to audiences across the world.”

Gemini Man  is an innovative action-thriller starring Will Smith as Henry Brogan, an elite assassin, who is suddenly targeted and pursued by a mysterious young operative that seemingly can predict his every move.