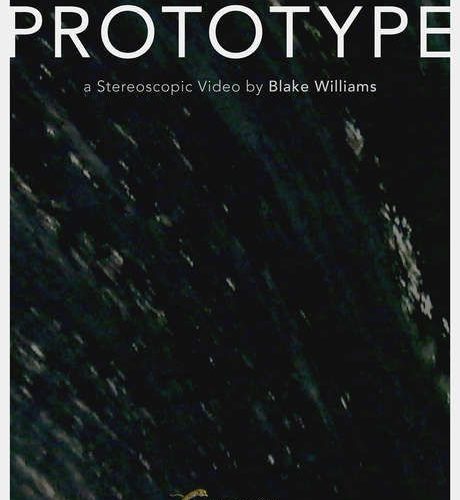 First Look Review: ‘PROTOTYPE’ is a Staggering Mix of History and Cinematic Experimentation

The deadliest hurricane ever to make landfall within the U.S. occurred in-and-around the coastal city of Galveston, Texas in 1900. The storm took roughly 10,000 lives and stripped from the city its title, “The Queen of the Gulf,” which was earned from being the region’s most populous, cosmopolitan, and progressive. During the storm, a mysterious televisual device was built and tested — perhaps mysterious in part because, at the turn of the century, motion-picture photography was only a few years old, and all new devices capable of capturing duration and space must have been originally perceived with an air of skepticism of sorcery. As Blake Williams’ PROTOTYPE opens on historical photographs of a sunny day in early September, 1900, it is perched right on the cusp of pivotal events: of the region’s landscape as the deadly storm soon takes hold, and of the development of cinema as its evolution takes off through the course of the 20th century.

It is this climate of seismic transformations within which the film’s historical 3D reimagings occur. It begins with a series of stereoscopic images of Galveston prior to the storm, moving from image to image at a languid pace, allowing sensory adjustment to archival images recomposed in 3D. Largely devoid of contextual clues and temporal markers — there are only two intertitles throughout: one indicates that the images seen were taken a day prior to the hurricane’s landfall on September 8th, and the other indicates that the we have jumped a couple of weeks into the aftermath of the storm — the film employs various 3D-imaging processes to throw history into a tailspin. PROTOTYPE‘s unique combination of archival footage and 3D imaging techniques creates an image of the past that is chiefly concerned with space over time, playing out like a performance of the Galveston storm rather than a simple retelling of the event through a use of historical footage.

The mysterious televisual device — although never directly introduced, at times it seems fair to assume that the footage on view is being transmitted directly from the object itself — is present in the film as five television screens situated at varying degrees of depth. Their employment is one of Williams’ more staggering uses of 3D: the screens appear in a black, depthless space, but due to the way they are aligned, appear fully three-dimensional as objects in-and-of themselves and in relation to one another. When first seen, they project a soft blue image, similar to the sky seen from a plane. A droning, motor-like hum rings out and, as the image recurs throughout, the idea of a plane cutting through space and time emerges as a central motif. There is some sense of the storm’s havoc existing somewhere at a safe distance below these abstract plane windows, but when the film cuts back to footage from the storm, it feels as though havoc has run its course through our sense of spatial awareness as well.

The mixture of historical fact with cinematic experimentation in PROTOTYPE does not feel like a case of exploiting the former merely for the sake of pulling off dazzling visual tricks on the viewer’s spatio-temporal sensibilities. Rather, Williams’ film plays like both a memorial to the often overlooked natural disaster — which, in today’s climate of near-constant ecological catastrophe, feels all the more necessary — and an exploration into the what could have been in terms of the very modes and technologies we’ve developed to represent the past and the spaces we currently occupy. There are far more memorable images and disorienting effects presented throughout the film than those mentioned here, but I believe the storm of history and its visual reproduction that the film enacts is, given the experimental uses of 3D therein, literally transformative in a way that is best experienced with as blank of a slate as possible.

PROTOTYPE opens First Look 2018 on January 5 at the Museum of Moving Image and will be released in the US by Grasshopper Film on August 31.