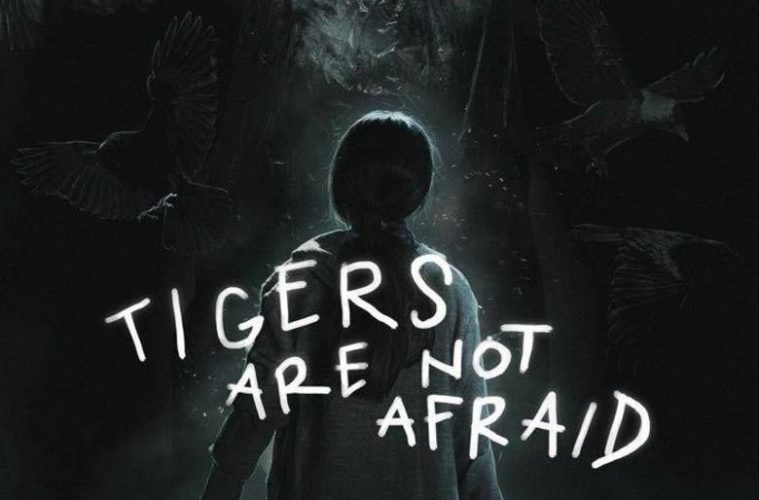 Fantasia Review: ‘Tigers Are Not Afraid’ is a Mexican Fairy Tale with Intense Catharsis

You know things are bad when the art coming out of an area reaches a point where “dark, metaphorical fairy tale” becomes a necessary style to wield as intense catharsis. There’s probably better markers to highlight when a community’s abject horror fosters enough self-destruction and futility to reach full exposure and ensure children can no longer be shielded from its truth, but that doesn’t diminish the heartbreaking sorrow this type of artistic choice lays bare. Because it’s one thing to accept a state of affairs under the belief that you still have the ability to avoid the nightmare so many others couldn’t and another to discover that control over your life has been taken out of your hands. Reality becomes too much to bare once men become monsters.

We therefore help our kids understand through fantasy, granting them an escape as we desperately cling to the belief a real one may yet arrive. The evil surrounding them is hidden behind a façade of beasts and warriors — storybook villainy demanding a hero to stand in its way. Drug cartels in Mexico aren’t immune to this fact. Just because the police prove to be in the pocket of organized crime and kingpins run for political office doesn’t mean hope is completely lost. As long as one person remains to fight this rampant and seemingly indestructible corruption and injustice, humanity will survive. If the Devil keeps taking its victims in a way that inevitably leaves loved ones behind to transform their vengeance into action, his victory becomes indefinitely postponed. It’s this mask that writer/director Issa López places upon her heroes in Tigers Are Not Afraid. As the Huascas gang runs unchecked through their streets, devoid of morality and always ready to scoop up an unsuspecting woman or child to sell into a human trafficking ring, the orphans created in their wake become their underestimated adversaries with nothing to lose. Kids like Shine (Juan Ramón López) understand what’s happening despite their age. He knows that the same people who took his mother from him also left Pop (Rodrigo Cortes), Tucsi (Hanssel Casillas), and Morrito (Nery Arredondo) to fend for themselves. So he forms a gang of his own, stealing what they can to stay alive while also hiding from the men burning down their homes.

No matter how much rage courses through his body, however, Shine is still a child. His arduous life might have tried draining the innocence from his soul, but shooting someone in cold blood isn’t easy. He’ll take advantage of the “invisibility” his age lends him to sneak up on a Huascas heavy named Caco (Ianis Guerrero) and steal his gun and cellphone, but will understand soon enough that it only takes a second of hesitation to forfeit an opportunity of surprise. If he wavers for a single second from the deed he believes in his heart is righteous, that chance may never come again. Luckily (but not really) for him, that iPhone has something Caco’s boss El Chino (Tenoch Huerta) needs. And he won’t stop searching for it. But Shine is only one hero in this tale. As he hardens himself to the world by playing protector to his young compatriots — telling little Morrito of the tiger who fears nothing and hunts his destroyers — Estrella (Paola Lara) has her eyes opened when gunshots are heard directly outside her classroom. Scared and hugging the floor, her teacher hands her three pieces of chalk to serve as wishes meant to save her from the violence raging beyond their windows. Estrella knows about the tiger too. She knows it can only exist if the person becoming it remembers who he/she is. But that’s a tough thing to recall as everything falls apart. We want to become monsters to defeat monsters, but doing so will only guarantee this cycle continues.

López’s fairy tale is one seeking to remind us of an innocence not yet stripped clean. She puts Estrella and Shine onto the same path not by coincidence, but destiny. Both are alone due to the Huascas. Both are frightened of what might happen next, but not enough to lose the humanity that allows them to be better than their pursuers. López gives them each other as a means for security while also supplying a supernatural force that might just be more vicious than the men on their tail. It arrives in the form of a ghostly voice whispering through the lips of a body wrapped in plastic, following Estrella as a line of blood demanding its objective. It uses her imagination to raise the dead and reveal her strength.

Nobody can deny the power of this imagery. The countless souls killed and disposed of who are only recognized by the cries of those lost without them still roam the city of their demise. They’re enraged and hungry for vengeance, their presence a way to make sure no one forgets who the good looking man on election posters pasted to every wall truly is beneath his smile. They push Estrella forward, granting her wishes in horrific ways so we never become complacent. Because while her teacher gave that chalk to pretend fantasy could save her from horror, Estrella has seen too much to believe in happy endings. Justice isn’t always flawlessly served — if at all — and those willing to stand tall to fight for it don’t always survive.

To not be afraid like the tigers of their imagination is to risk everything. To move towards danger because it’s the right thing to do so that those who’ve died didn’t in vain is to accept the potential sacrifice warriors throughout history have made. And because the dead become visible to Estrella, they can continue to help hers and Shine’s mission from beyond the veil. They get to add to the rising force of retribution building in the shadows, a universal revulsion towards the cartels for destroying innocent lives for profit providing them newfound, malicious form. As adults continue to succumb to the violence or join in, these children remain vigilant. They remember the sanctity of life and love, willingly paying the ultimate price to restore its promise.

Tigers Are Not Afraid played at Fantasia International Film Festival and opens on August 21, 2019.