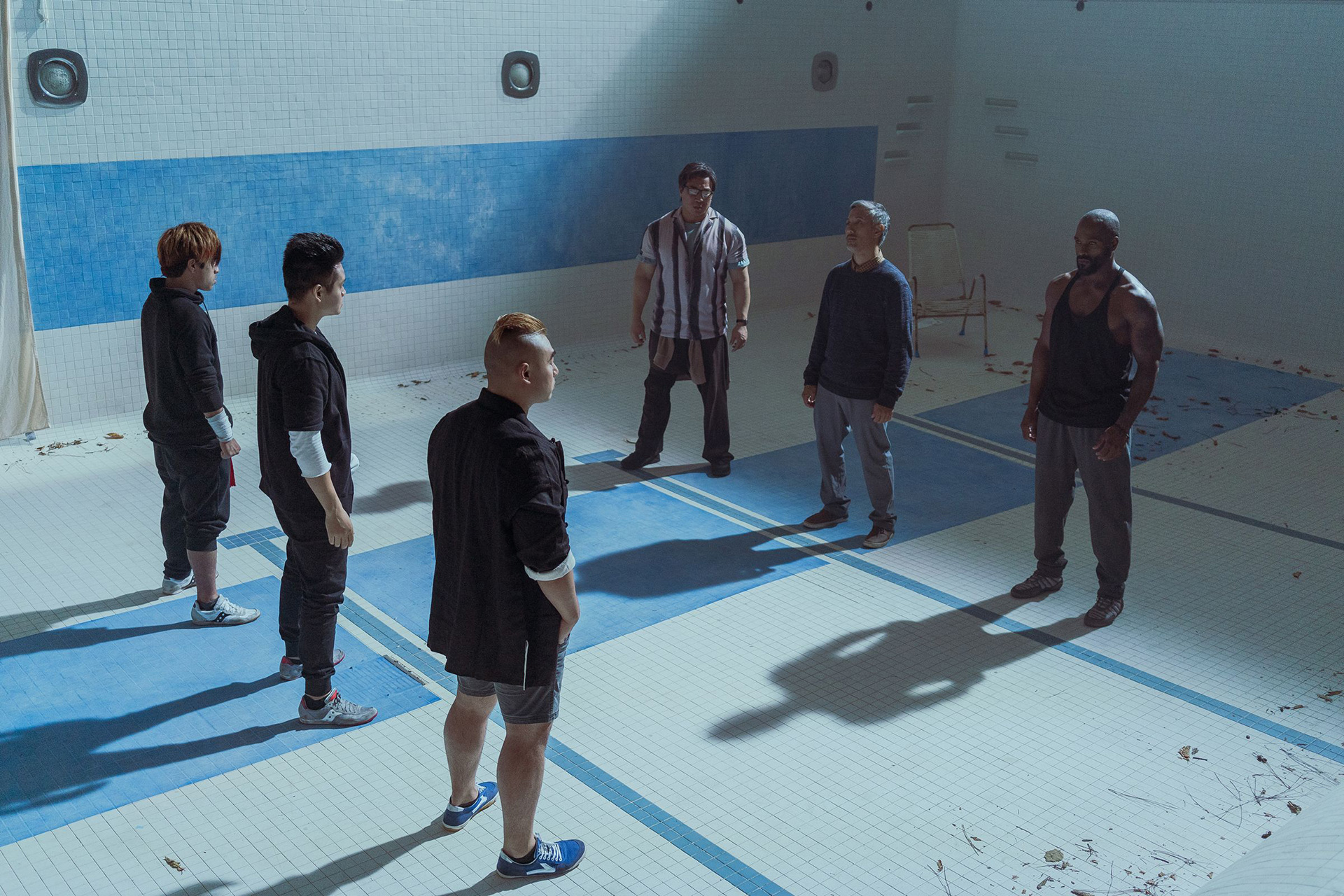 Like the warring Japanese dojos depicted throughout the Karate Kid franchise, a growing disconnect exists between those who wish to learn a fighting style as a means of physical and emotional growth and those who simply seek the ability to punish their adversaries without mercy. It’s respect and honor versus strength and superiority—something even the most devout and sacred of Chinese Kung Fu masters like Sifu Cheung (Roger Yuan) can’t always instill in their pupils. No matter how much they strive to trust the younger generation’s capacity to protect what they’ve learned as a tool, the allure of morphing it into a weapon for profit is often too much to ignore. It’s why he retired after his three disciples left. The disappointment was too much to bear.

So we meet him at the start of Quoc Bao Tran’s The Paper Tigers in an alley alone—over a decade since Danny (Yoshi Sudarso), Hing (Peter Adrian Sudarso), and Jim (Gui DaSilva-Greene) left. No one can therefore help when an unseen foe kills him in a way that makes it seem like a heart attack. The trio can’t even come together for the funeral thanks to past grudges and split focuses keeping their former “brothers” apart almost as long. Hing (Ron Yuan) is now overweight with a bum knee. Jim (Mykel Shannon Jenkins) has mostly forgotten his Kung Fu in lieu of teaching Brazilian Jiu-Jitsu’s ground game to teens. And Sifu Cheung’s star pupil Danny “Eight-Hands” (Alain Uy) pretends he never knew it at all.

They’ll need to remember quickly, however, once an old adversarial punching bag (Matthew Page’s Carter) plants the seed of murder when not gloating about how far they’ve fallen. Who would do such a thing, though? The punk kids Sifu refused to teach? A figure from his past he never told them about? All they know for sure is that it wasn’t random. To even consider a cause of death beyond heart attack is to think the worst because Sifu was seemingly invincible. Whoever killed him had to know who he was and what he was capable of doing while also somehow being better. So what can they do if they find out the truth? They weren’t even shadows of the fighters they used to be. They were ghosts.

We’re lucky then that Tran’s very dramatic scenario (three men avenging the death of their master) is merely the backbone to what proves to be a full-blown comedy instead. The fact that Danny, Hing, and Jim are “ghosts” is therefore crucial since it ensures that their quest for retribution will perpetually lead them to being beat-up, broken down, and ready to quit. It’s not surprising considering the state of affairs Danny calls his life. So consumed by work and negligent where parenting is concerned, he’s trained his son Ed (Joziah Lagonoy) to lie for him so his ex-wife (Jae Suh Park’s Caryn) doesn’t think he’s even more of a loser than he already knows she does. He’s gone from undefeated champion turning pro to washed-up and defeated has-been.

We’re a bit unlucky too, though, as that drama remains the plot’s central thrust. While Tran’s focus being firmly on his aging characters allows for some entertaining sequences, it also guarantees the mystery becomes locked in stasis. Half of The Paper Tigers is spent chasing intentional dead-ends so we can receive two extended Kung Fu matches pitting Danny, Hing, and Jim against a vastly more spry trio of teens first and a grudge-holding Carter who has spent his entire life working towards the moment when he can finally beat his childhood foes second. Don’t get me wrong: both set-pieces are a lot of fun. They just aren’t necessary for what’s happening beyond letting us laugh at three guys whose mouths are now much bigger than their fists.

We need that for what comes next to work. We simply don’t need so much. Pair that bloat with a confusedly drawn villain presented as a cold-blooded murderer who’s treated by our heroes as a regular combatant and you may find yourself scratching your head. Tran ultimately paints himself into this corner because his script isn’t dark enough to let Danny and company be vigilantes despite ensuring that we feel a desire for Sifu Cheung’s killer to be put down. I think the intent is to show that the Three Tigers are honoring their master’s teachings, but it’s a tough pill to swallow with stakes this high. I almost wish one of them were a cop so we’re not left assuming “real” justice follows any potential “personal” justice.

Juggling this subject matter with this tone isn’t easy. You want it to be adult enough for the fighting to shine (Tran provides some effective bouts with an intriguing conceit as far as Danny being “first” rather than “fast”), but meaningful enough for the lessons being taught (by Sifu to the Tigers and Danny to Ed) to land in a worthwhile way that isn’t compromised by the mission. This is by no means a kid’s film, but the latter aspect does possess some nice moments that might allow it to approach family-friendly territory. Picking one direction and sticking to it may have served the whole better, but at least these issues can be dismissed as hiccups more than deal-breakers. They hold it back without sinking it.

Credit the actors for this truth because they ensure the fun never ends. I loved the energy delivered by the teens during a wonderfully montaged prologue via VHS-tapes wherein the boys let their Kung Fu prowess get the better of their decision-making en route to contrasting the contemporaries’ present-day, malaise-fueled aches and pains. Ron Yuan is a treat as the impulsive heart of the team trying his damnedest to keep his hair-piece on; Jenkins is great at just saying “screw it” whenever his friends put him into impossible situations; and Uy is perfect as the fallen leader whose guilt has stripped away every ounce of confidence he used to carry in excess. The film supplies Sifu’s posthumous lesson to remind them who they are despite who they’ve become.