Fantasia Review: The Artifice Girl Examines the Evolution of Artificial Intelligence with an Electric Rhythm 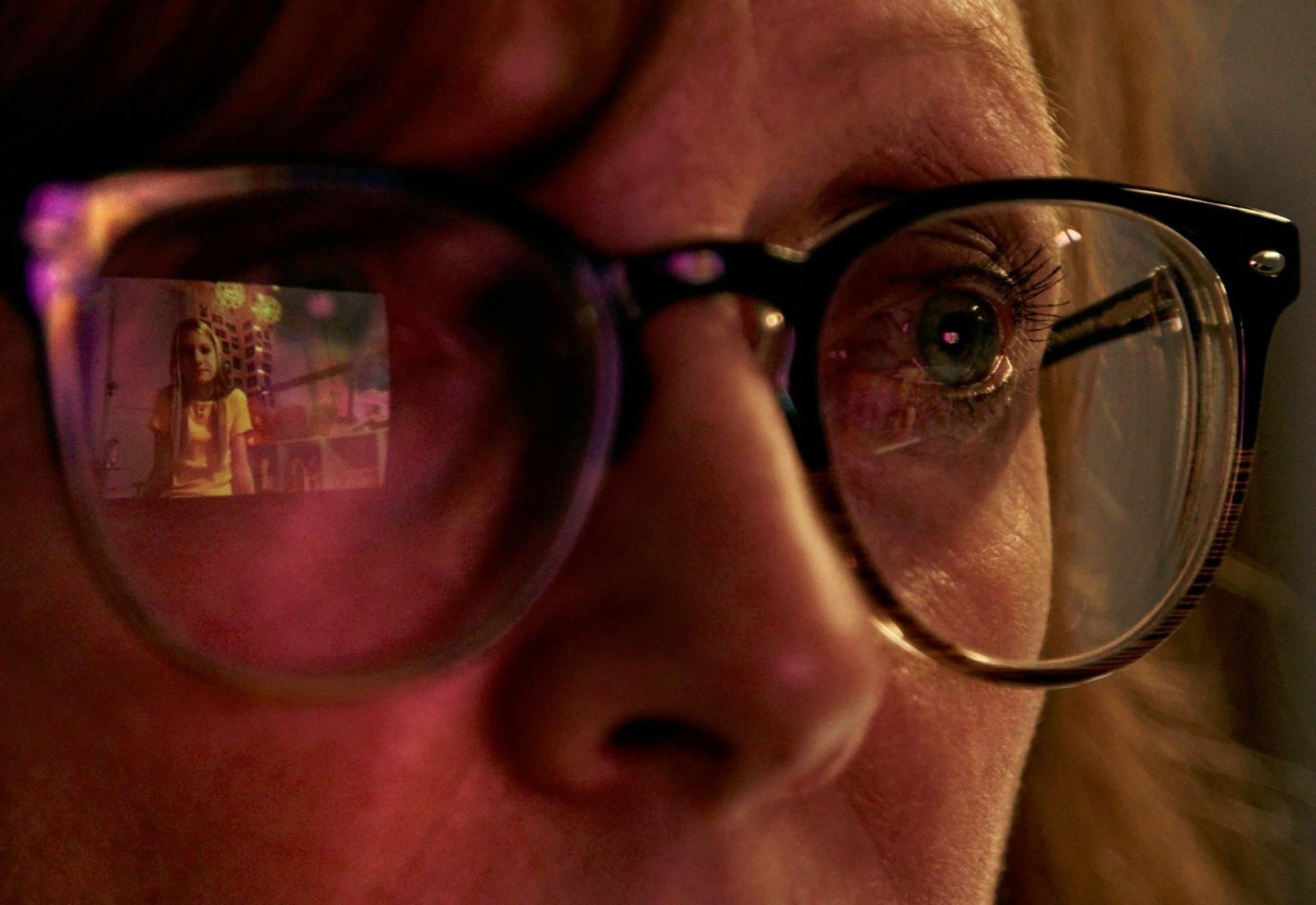 Amidst all the high-concept computer-programming speak and moral / ethical implications surrounding the creation of artificial life, the smartest line of dialogue in Franklin Ritch’s The Artifice Girl is when Gareth (Ritch) admits “I honestly don’t know how I did it.” Not only does it absolve the filmmaker of having to make something up to justify the complex progression of his sci-fi premise; it also speaks to the reality that technological innovation often occurs accidentally. We can’t therefore know what we don’t know or predict every positive or negative that may result from an invention built to approach its own autonomy. Some things are simply out of our control, and that which seem like solutions today might not tomorrow—if we’re enlightened enough to acknowledge the difference.

It’s why a story of this nature requires time to breathe—in this case fifty years from the moment Gareth creates “Cherry” (Tatum Matthews) to the film’s final interaction between the two (with the former eventually portrayed in advancing age by Lance Henriksen). While the conversation that big-budget blockbusters jump to as far as computers taking over the world à la The Terminator (or more recently Westworld) isn’t applicable today, it might be in the future. So when Amos’ (David Girard) government agent becomes mesmerized by the lifelike authenticity of a digital rendering such as “Cherry,” his fear that “she’s” being exploited can be very easily rejected. “She’s” a computer program. “She” doesn’t have feelings. “She” self-identifies as a tool. Fast-forward a decade, however, and things become murkier.

The rules change as life expands. It’s why conservative arguments about “originalism” are bunk where the Constitution is involved. The document is “living.” It’s been amended. As the world in which it adheres evolves beyond its capabilities we’re supposed to evolve it to keep pace. The same applies to notions of sentience where it concerns AI. To say Siri is alive is to disregard the fact that “she” doesn’t have the capacity for improvisation in the sense of personal thoughts or feelings. Neither does “Cherry” at the beginning of The Artifice Girl. “She” is nothing more than ones and zeros existing in a highly sophisticated, self-learning loop that operate to fulfill their primary objective: solicit pedophiles and collect evidence that can be used to put them in jail.

Ritch utilizes the comparison onscreen, moving from the head of an international child protection agency (Sinda Nichols’ Deena) receiving an “I don’t know” from her phone’s voice assistant after getting philosophical to “Cherry” virtually saying the same thing in response to a similar line of incomputable questioning. These programs cannot crunch numbers for esoteric topics nor look beyond them to reach conclusions based on “gut” feelings. It’s about “Yes” and “No.” What can “Cherry” say to a sexual predator online to get him or her to give up their motives and address? Find the pattern, exploit the averages, and achieve the goal Gareth set as “her” entire identity. Becoming “more human” inherently augments the deception, but it also might blur the line of what “humanity” truly is.

And so the questions must be asked again. And again. They must ultimately shift, too, as more information is divulged or exposed. In chapter one “Cherry” has no say. “She” is a program serving a function. In chapter two “Cherry” is suddenly more. “She” is still a program serving a function, but “she” has also found meaning in what life offers outside of that function. We all do. It’s the entire concept of school: learn a wide range of topics to acquire a well-rounded education that you in turn choose what best suits your ambitions and desires. “Cherry” has ceased being a student. She has now started to test her boundaries and build an identity outside of her prime directive, creating an inevitable, if pragmatic, duality.

This middle portion of the film is my favorite—it very clearly draws the boundary line between artificial and “real” insofar as we define it. “Cherry” understands that the next leap in advancement that Gareth, Deena, and Amos want “her” to take is a sound one where “her” job is concerned. She also understands that it will force her onto a path steeped in the horrors of what that job entails. You have the devil (Gareth) and angel (Amos) on her shoulders, whispering in her ear that there shouldn’t be a distinction because “her” job is “her” everything, and that the distinction is precisely why she can no longer be treated as an “it” respectively. Deena becomes the mediator, allowing both sides to state their compelling cases.

What Ritch refuses to do throughout the entirety of the film is declare a definitive winner; he can’t. This is a debate because there are no answers. There can’t be any answers until we get to the point where an AI hits the threshold for an answer to exist. Ritch is leading us down that path. He’s presenting a “what if” scenario that’s meticulously constructed to maintain a level of subjectivity that requires “Cherry” to be the only one capable of having an objective truth. Only she knows what she feels. Only she knows whether a hard-coded primary directive has become a hindrance rather than a mission. It’s not as if she chose it; Gareth did. Whether it’s commendable or heroic doesn’t negate that inalienable fact.

And unlike those other pop-culture titles I listed, this story isn’t about “Cherry” coming to that realization. It’s not up to her to “wake-up” or warp that directive. It’s about her creator escaping the hubristic ego and tortured trauma that drove him to give her life in the first place. That’s what Gareth did. He created life. That comes with responsibilities that dictate he recognize she’s no longer a tool, that believing the opposite puts her in a prison to satisfy his own agenda. It’s a realization born from heady conversations pitting four characters against each other in dialogue-heavy vignettes laying everything out with a level of compassionate transparency and mutual respect necessary for the humans to evolve as much as their super-intelligent AI.

But don’t expect the journey to be slow moving. If Ritch’s script might be dense, it is also fast-paced with an electric rhythm that never allows the rhetoric to bog down drama. A lot of that is due to Matthews’ performance. All the actors are very good, but the whole lives or dies by her ability to shift between stages in “Cherry’s” development. There’s the low-fi canned answers that can trick criminals too focused on their crime to see the strings. There’s the dev screen with monotone delivery to keep her handlers comfortable treating her like a machine. And eventually there’s the fluid emotions of a living creature tired of being a puppet. Each is distinct, building upon its predecessor to naturally advance towards a resonant, hopeful conclusion.

The Artifice Girl had its world premiere at the Fantasia International Film Festival.