Fantasia Review: Missing is a Crime-Thriller That Flips the Father-Daughter Dynamic 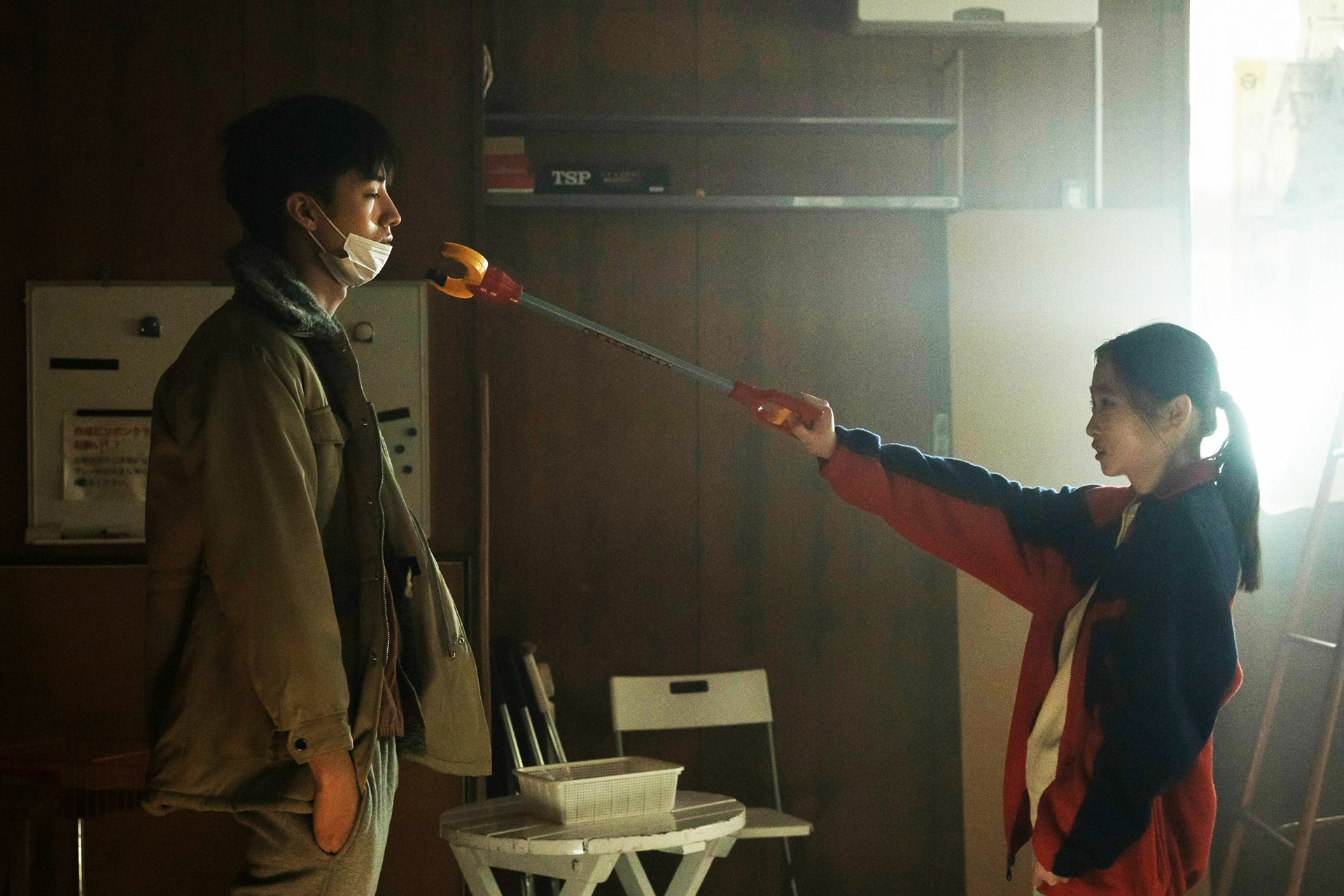 Santoshi Harada (Jirô Satô) has a plan. It concerns a three-million-yen reward for helping capture the infamous serial killer known as “No-Name” (Hiroya Shimizu). Santoshi says he saw him on the train to work. The man who’s been all over the news is inexplicably here in town, right now, and he’s pretty sure he knows where he can find him. Except, of course, that Santoshi is in no shape to “find” anyone. He’s been clinically depressed and unable to hold a full-time job since his wife’s (Tôko Narushima’s Kimiko) suicide. He can barely keep food in the fridge for his middle school-aged daughter Kaede (Aoi Itô) to cook. We literally meet her full-speed sprinting to scoop him up from the corner store after he was caught shoplifting.

Director Shinzô Katayama and screenwriters Kazuhisa Kotera and Ro Takada are making it quite clear that the father-daughter dynamic at the center of Missing is more accurate if flipped. Kaede is the one taking care of him—keeping him out of trouble and making sure neither dies from starvation when she isn’t busy with school. Santoshi gets the odd shift working manual labor at dangerous job sites, but where he goes otherwise is tough to pin down. Back in the day the whole family would find themselves at the ping-pong club they owned. They had fun there—before ALS took away Kimiko’s strength. Now it lays dormant due to insufficient funds. It’s enough to make Santoshi take such an impulsive risk.

Or is it? Katayama and company set up their plot in ways that allow them to reveal their truth is much more complex. Did Santoshi really take off one morning to hunt a serial killer? Kaede has no choice but to believe he did due to the clues her amateur sleuthing has found; the police told her they have no interest in helping. She goes all over town looking for answers, hitting his usual work site only to discover somebody else with his name. Every step backwards yields a glimmer of potential, though, and Kaede eventually catches “No-Name” sleeping in her father’s abandoned club. Is it a coincidence? Did Santoshi find him and end up becoming one of his victims for his trouble? Is their connection more nefarious?

Rewind a couple months and finally meet “No-Name” himself as he lures his next (or more recent, due to the time skip) victim into his clutches. Rewind a year and re-meet Santoshi as he struggles to care for his ailing wife when she begs him to kill her. Every assumption we have for what occurred to bring us to the present-day with Kaede desperately searching for her father is carefully dismantled and rebuilt to bring us closer to the truth. The truth of “No-Name’s” origins. The truth of Santoshi’s debilitating guilt. The truth of how many puzzle pieces Kaede already possesses in the recesses of her memory that can be put together to give the last twelve months a completely different meaning. It’s a surprising, devastating education.

To say much more would ruin the intrigue. Just know you’ll eventually get a glimpse of all three characters from their own perspective. Katayama doing so chronologically backwards adds to the mystery—the figures we’ve pegged as two-dimensional prove three-dimensionally complex with each new context. That doesn’t mean they’re fundamentally different. “No-Name” is still a killer, thus not about to acquire room for redemption. Harada is still a good father prone to mistakes that ultimately compound into criminal activities, despite igniting from a place of love for Kaede. And she is the bratty yet fearless teen struggling to reconcile what she wants (her family) with the reality that things have gone too far off the rails to reclaim whatever innocence they once had.

The filmmakers use abrupt cuts for added subterfuge, stopping short so massive revelations are left unexplained until later—the sudden shock keeping us on edge as we shift focus elsewhere. Kaede screaming as she enters a room quickly cuts to “No-Name” on the beach with a young woman who seems happy to be in his company. Santoshi entering the frame to confront “No-Name” much earlier than the day he says he saw him on the train snaps to him lifting Kimiko into her wheelchair. Extremes transform to mundane exposition instantly, our anticipation forever holding at an eleven while awaiting clarity. And each time we think we have it all figured out, a fresh wrinkle changes our perspective just enough to wipe the board clean and start again.

It’s a credit to the script and direction that Missing never feels manipulative in these goals. We can trust the answers are coming and enjoy the ride as it twists and turns to get there. And because each of the three leads proves equally compelling, we become too caught up in the current story to miss whoever was left behind in the transition. Itô is wonderful as our initial guide, her determination and frustration leading her to act in unexpected ways. Yet we can’t blame her for doing so—she already lost one parent and hopes not to lose the other. That Satô and Shimizu can match her ferocity with more measured, intentional actions says a lot about their performances and our investment in the bigger picture.

And when we think it’s over another scene reminds us that nobody creates their own redemption. One of these characters is attempting to erase the bad things they’ve been complicit in, concocting an elaborate scheme to do what they should have long ago. As a result, however, they inevitably make things worse before they’re able to approach making anything better. Where lesser versions of this story would then use that fact as another avenue towards growth so this person can be rewarded with a happily-ever-after, Kotera and Takada instead increase the price that must be paid. It leads to a heartbreaking final shot of tearful make-believe, the dreams borne from hope officially buried beneath the unyielding reality of justice truly being blind.