Fantasia Review: Baby Money is a Race Against Time and Greed 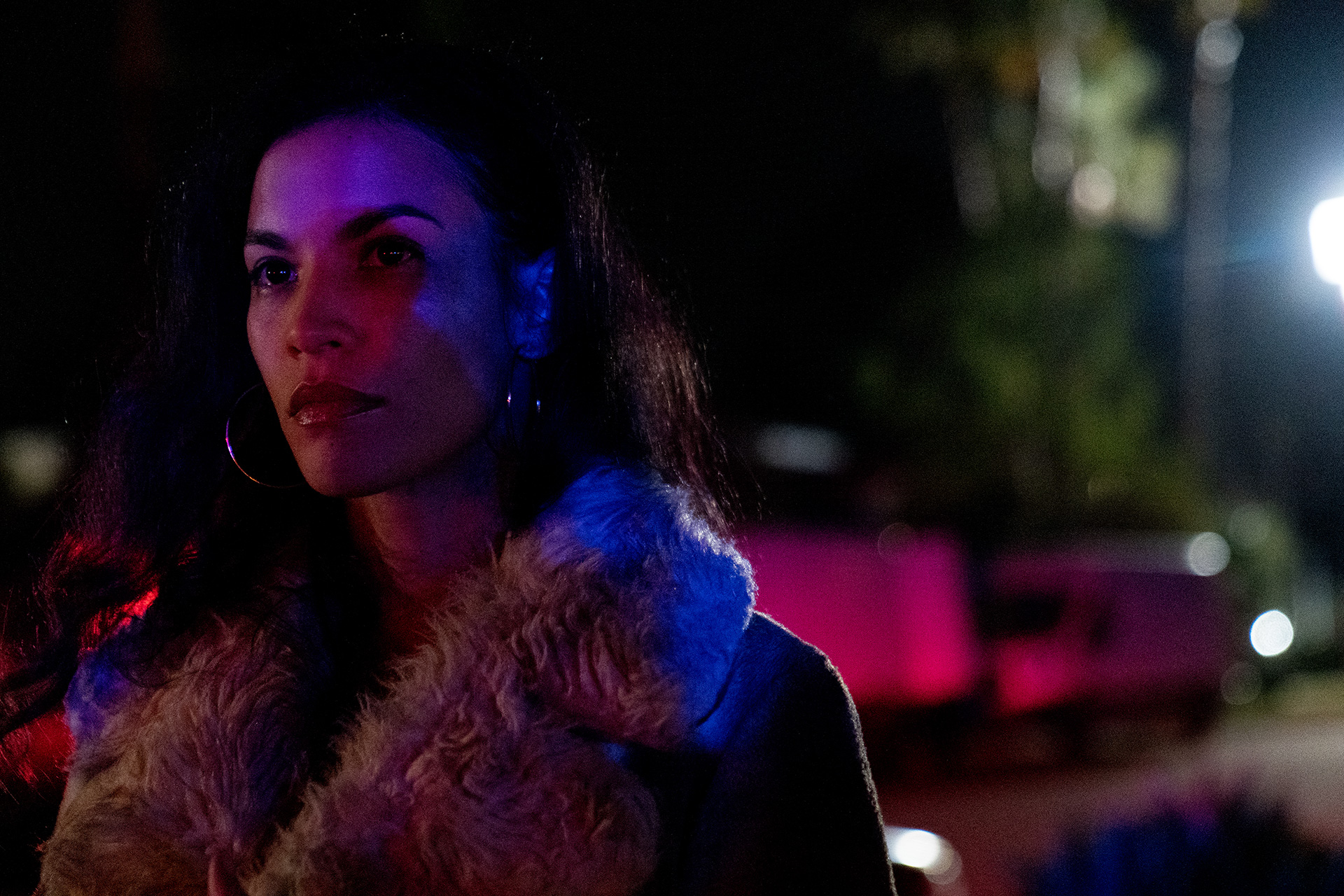 The job is simple. Break into an old couple’s home in the middle of the night, skulk around while they sleep to procure a purple metal box, and then just wait for a 4am call on an already supplied burner phone. In, out, and thousands of dollars richer. Saying “No’ isn’t therefore an option for Minny (Danay Garcia) and Gil (Michael Drayer) considering they don’t even have to get their hands dirty as getaway driver and lookout respectively. Having a baby on the way and zero prospects for affording the costs to care for one twist their arms too. Nobody could have anticipated a bunch of idiots driving by with radio blaring and horn honking the exact moment this heist goes down. Carefully laid plans sadly mean zilch.

Cue the gunshots so Mikhael Bassilli and Luc Walpoth’s Baby Money (written by Bassilli and MJ Palo) can devolve into a race against time and greed. Tony (Travis Hammer) is bleeding, Gill is puking, and Minny is forced to drive away as neighbors start exiting their homes. The two men escape into a house across the street only to find a hospital tech (Taja V. Simpson’s Heidi) and her cerebral palsy-affected son (vernon taylor III’s Chris) arriving late to complicate matters. Minny tries to reach them, but the burner was left in the car. Add a suspicious cop (Eric Davis’ Officer Hartman), pompous barfly (Robert Mammana’s Hal), and the knowledge that nobody gets paid without a lot of help and the night’s chaotic energy grows ever more present.

I wish it got even crazier, though, considering there are many lulls throughout the runtime despite a suspenseful plot. The problem is that Tony is the only hardened criminal involved. He’ll shoot whomever if it means getting out long enough to have a chance. Gil and Minny won’t, yet they’re pretty much holding all the cards. She has the burner and the only reason she hasn’t run is because the father of her unborn child is still alive with the box. Would things be more entertaining if the two of them just started going on a wild killing spree to reunite? Sure. Needing them to constantly talk themselves into finishing what they started instead means lengthy passages of introspection, humanizing, and elaborate cons to avoid more unnecessary bloodshed.

And that’s about it. Gil tries to neutralize Tony in a way that gains Heidi’s trust to help them reach their goal (the cops aren’t letting anyone in or out of the neighborhood who doesn’t live there, so she becomes their meal ticket). Minny tries to secure new transportation once the police inevitably discover their ditched car (she left it upon seeing the heist’s fallout on the news). Frustrations grow, double-crosses manifest, and motivations shift thanks to seizures, flirtations, and the realization that Tony and Gil haven’t even looked in the box to see what’s so valuable. You either buy what Bassilli and Walpoth are selling or you checkout the second you realize everything has grown stagnant by necessity. Luckily, circumstances always tend to get worse before better.

You may think that the mother angle will play a big role (Heidi is raising a special needs child on her own while Minny wasn’t even sure she wanted to keep hers knowing the father was a criminal and their future uncertain), but it really doesn’t. The filmmakers have sadly written these characters like this to be underestimated. The less Tony thinks of them as a threat, the more opportunity they have of coming out on top above him. Not that he won’t put up a fight being the sole cutthroat member who’s left of this party. More guns are fired as new alliances are formed while everyone’s expendability rapidly grows. That those who fall do so abruptly and without fanfare is Baby Money‘s best trait.

We need that level of unpredictability since the two-part narrative only really has a couple of possible conclusions. Part one: either the people on the other end of the burner fulfill their part of the bargain or they don’t. Being that they farmed out the dangerous piece of the job to amateurs like Gil and Tony, it’s not difficult to guess which has the better odds. Part two: Gil, Tony, and Minny either slip out of Heidi’s house undetected or they don’t. This one is more of a fifty-fifty split being that a lot can happen with five people and two guns trapped in close quarters with an inability to be too loud without risking exposure. Things get brutal too as Bassilli and Walpoth keep their results authentically bleak.

Hammer is good as the de facto antagonist opposite Drayer’s equally effective sensitive survivalist trying to have his cake and eat it too, but this is Garcia and Simpson’s show. They’re the ones with more than their own life to lose here. They have no weapons besides their own wits to play these men off one another and gain whatever advantage they can. Both are great at being spontaneous and in-the-moment because they have no alternative. They can neither trust the men who got them into this predicament nor know if they can trust each other. The only constant is the desire to protect their children. One could argue the plot exploits that truth in a way that sees them fail, but audiences seeking action probably won’t look that deep.

Baby Money is playing at the Fantasia International Film Festival.