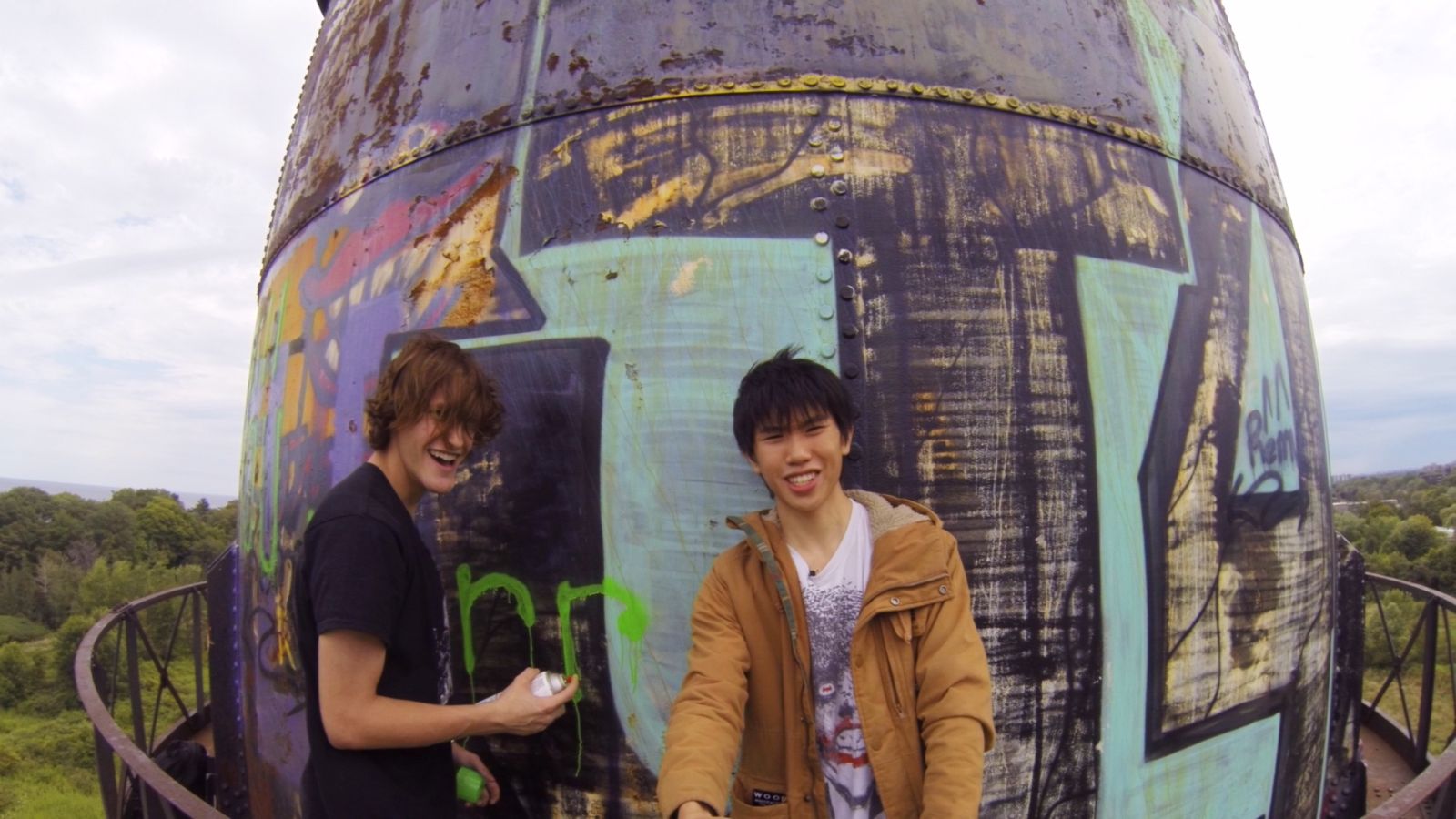 Not the only festival to shift plans during the pandemic, Slamdance Film Festival will take place virtually from January 27 through February 6 with quite an accessible All-Access Pass for just $10. Year after year, the event has championed truly independent filmmaking and the 2022 edition is no different. One of the most intriguing films in this year’s slate, Therapy Dogs, is executive produced by festival alums Matthew Miller and Matt Johnson (The Dirties, Operation Avalanche), and ahead of the world premiere, we’re pleased to debut the exclusive trailer.

Directed by Ethan Eng, who co-wrote the script and stars in the film with Justin Morrice, the film follows two best friends who set out to create the ultimate senior video for their graduating class of 2019. With an anarchic spirit to closing out their high school era, the film looks to be an authentic portrayal of this moment in life, with the energy of Project X and Spring Breakers thrown in for good measure.

Ethan and his best friend Justin are students trying to make sense of their high school existence. In what will be the last chapter of their teenage lives and the beginning of adulthood beyond, they decide to make the ultimate senior video in their search for answers. Exploring teenage suburbia in a no-brakes adventure, questions arise whether there’s more to their lives than simply growing up.