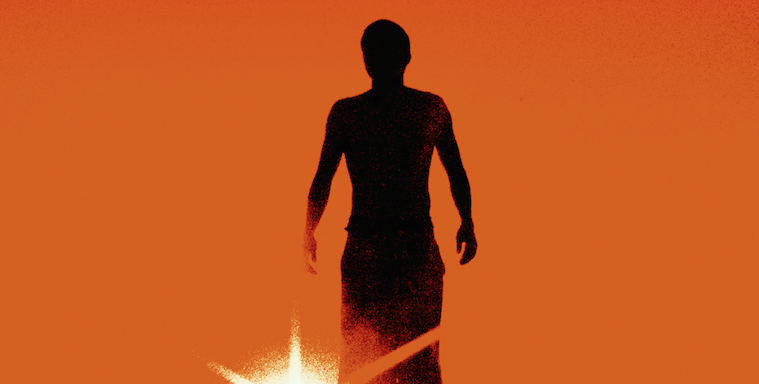 With Berlin Film Festival recently kicking off, one of our most-anticipated films from the line-up is The Seventh Fire. Directed by Jack Pettibone Riccobono, executive produced by Natalie Portman, and presented by Terrence Malick, the documentary is set in and around Minnesota’s remote Ojibwe reservation. We specifically follow gang leader Rob Brown as he’s caught up with drug problems in his community and is sent to jail for a fifth time.

We’re proud to exclusive the beautiful first poster for the film, which comes from Midnight Marauder, the talented designer behind our monthly Alternate Art series. Also produced by Shane Omar Slattery-Quintanilla and and Chris Eyre, the film is set for a premiere this Saturday at Berlin. Check out the poster below, as well as the German version, along with the trailer and official synopsis.

A bird’s eye view of the Ojibwe reservation in rural Minnesota. From above, with its forests and lakes, it appears to be an almost untouched landscape. But this idyll is deceptive. When the camera explores the reservation’s streets and houses at close quarters, it reveals burning car parts, trash-filled front gardens and barely furnished rooms. The two young men which this precisely observed documentary accompanies live in a constant state of emergency. The gang culture of the prisons and cities is increasingly washing up at their front door with steadily climbing rates of violence, drugs and crime. At the same time a growing number of young people are recalling the culture and language of their ancestors to try and find a new foothold in life.

The Seventh Fire premieres at Berlin on February 7th.