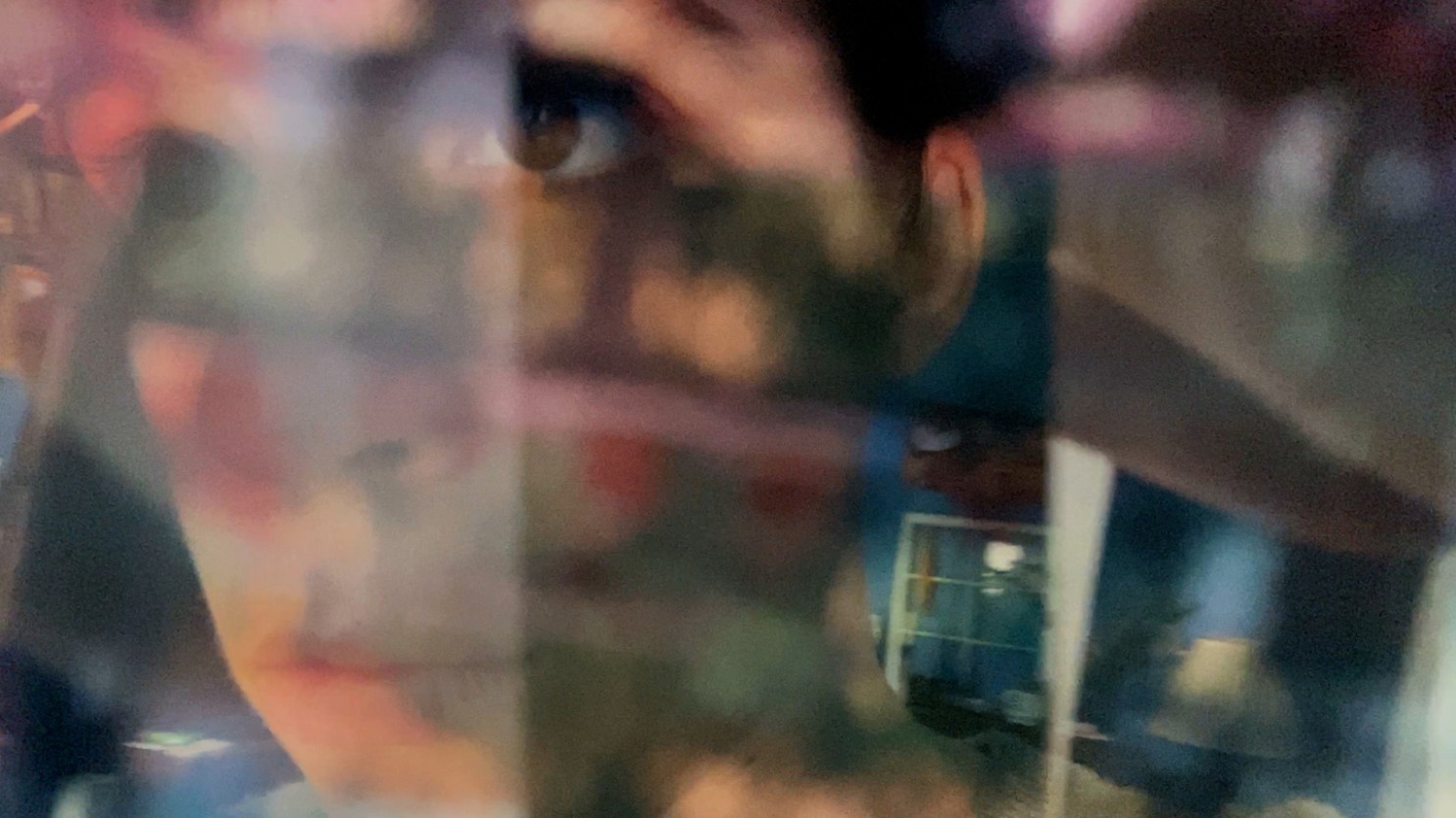 For four minutes of curator Sam Abbas’ 58-minute collection of docushorts from several European and American cinematographers, the camera sits on wrinkled bed sheets. A piano plays, with a softness that encompasses the meditative nature of Erēmīta (Anthologies). With more background knowledge, Erēmīta should grow in one’s estimation. All proceeds will go to Amnesty International. Each filmmaker had final cut on their short, and without much of a prompt besides the idea to use a cell phone to film, the mini-movies tell pandemic stories in diverse ways, to varying results.

Combining work from cinematographers with wider filmographies like Ashley Connor (The Death of Dick Long, Madeline’s Madeline) and Alexis Zabé (The Florida Project) with director Abel Ferrara’s go-to cameraman Stefano Falivene and others like Antoine Héberlé and Soledad Rodríguez, Abbas organizes a reflective, pensive hour of cinema. The documentaries range from a closer look––with interviews––at those living on the Venice Boardwalk (Zabé’s) to a piece of docufiction about reconnecting in a post-COVID world (Héberlé).

Admittedly, some work better than others, with Connor’s A Well Watered Woman being the most striking of the bunch. The cinematographer’s work is chaotic, personal, and undeniable, as she maximizes her previous experience with her current solitude to create a frenetic, energized self-portrait. As likely the most recognizable cinematographer, it’s not surprising to see her work as such a singular entity, as a few of the other shorts meld together. The collaboration offers a chance to see her, and others usually positioned behind the camera, to make projects without outside influence, showing their chops as directors.

Falivene’s short, Point of View, becomes the other standout, and it effectively follows Connor’s work to make the middle section of Erēmīta stronger than the beginning or ending segments. Shooting most obviously from a phone camera, Falivene records his daily life, including his son’s schoolwork over Zoom, or a Zoom-adjacent program, his meetings with others in the industry, and his walks around Rome. He captures it all with an enduring simple empathy, which could have felt intrusive, but instead comes off as honest. He films his son, his friends, and his surroundings in close proximity, embracing the camera’s fuzziness. The parallels to the fuzziness of our current lives might seem on the nose, but in this context, they contain a level of gravitas.

Throughout the collection, Abbas slots in Friedrich Nietzsche’s “Thus Spoke Zarathustra,” the story of a hermit who withdrew from society. These philosophical and literary asides lose necessity as the hour wears on, as your focus shifts onto the filmmakers’ themselves and away from this supposed thread weaving them together. It’s less successful as a connector and more useful as an opening remark. Still, Abbas deserves consideration for bringing these people together and spearheading an effort to continue creating and giving to worthy causes. Erēmīta’s greatest strengths lie in its time capsule-esque value in capturing something personal for both the filmmakers and for showcasing windows into the rest of the world during our current crisis.

Spare an hour. Give time to cinematographers who usually give their talents to stories other than their own. This film will remind you of the purgatory we live in, but more than that, it’ll remind you of our shared experiences and worldwide connection.