Doclisboa Review: The Tale of King Crab is a Magical, Shape-Shifting Fable 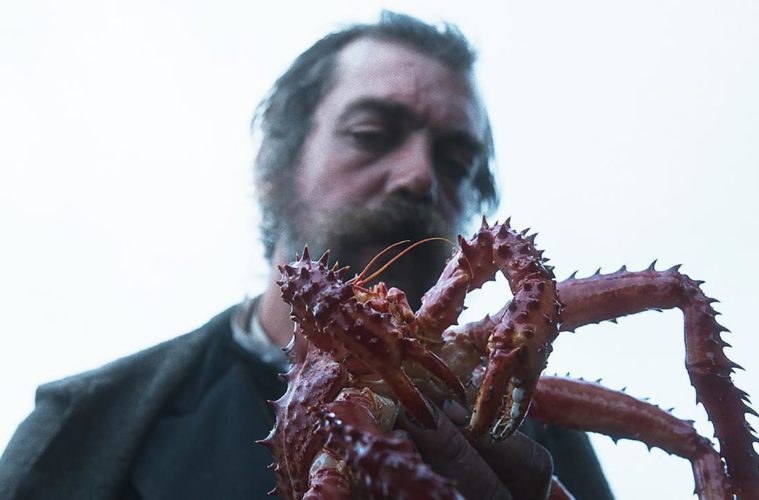 A rare and elusive sense of myth is captured in The Tale of King Crab, a story of a 19th-century vagabond who falls in love with the daughter of a local farmer only to run afoul of a prince. (Tough luck.) Later on, astonishingly, he finds himself on the other side of the world.

With that kind of spatial and temporal scope, it’s remarkable that Crab is only the first narrative feature from Italian filmmakers Alessio Rigo de Righi and Matteo Zoppis, a duo whose output, while ostensibly non-fiction to this point, has often played on the boundary of fable. Small traces of both Black Beast (their 2013 short about a legendary animal) and Il Sonengo (their 2018 feature documentary about a lone hermit) can be located in Crab, a film with all the texture of a folktale—one passed through generations, the facts blurring and embellishments only growing more ethereal with each retelling.

That’s because, in a sense, it is a folktale, evidenced by De Righi and Zoppis’ non-fiction prologue wherein some old hunters sit around a table in the present day, drinking and exchanging songs and stories, eventually landing on the eponymous legend. The storyteller introduces us to Luciano, the vagabond, played wonderfully by Gabriele Silli in his first screen role. The character is endlessly compelling: tall and brooding with a rumbling baritone; described at various points as a “drunk” and an “aristocrat,” among other things; and a man whose wild, unkempt beard (the actor apparently didn’t shave for two years for the role) can only intermittently disguise a certain charming kindness in the eyes.

There is also a certain glaze. Having returned to his hometown, Luciano spends the opening propping up a table at the local boozer where he shares a telling camaraderie with the regulars. He quickly draws the attention of the prince (Enzo Cucchi) and his thugs, first by pesky infrastructure (Luciano is incensed that the prince’s gateway will block a traditional procession through the village), and only then due to love. De Righi and Zoppis draw unanimously fine performances from a cast whose amateurish qualities only add to their film’s bucolic charms. (Even the prince’s goons, who appear like Tweedledum and Tweedledee wrapped in bandoliers, manage to express a sense of menace to go with their absurdity.) But Silli remains the standout, and it’s through his sincerity that King Crab finds anchor as it wades alluringly toward magical realism.

There are echoes of other things here. It may not be a coincidence that the source of Luciano’s affections, named Emma, is played by Maria Alexandra Lungu, an actress who hasn’t graced a cinema screen since her debut, at age 14, in The Wonders; Alice Rohrwacher’s aesthetic sensibilities can be seen all over. After those early throes of forbidden romance, De Righi and Zoppis lead their story to a tragedy—then, out of nowhere, a shift to the southernmost point of Argentina and a different story, one of gold and those quixotic folk who try to find it. (The section is evocatively titled “The Arsehole of the World.”) Luciano, now in exile, reappears in a priest’s robes, beard shaven (though still generously moustachioed), surrounded by undesirables, but also with two cool new companions in tow: a sage guide with an ace shot and a crustacean that legend says holds magical powers.

It speaks well of De Righi and Zoppis’ ability as storytellers that all of that movie is packed into just 91 minutes. Akin, again, to Rohrwacher’s Happy as Lazzaro, King Crab is a story that comes in two polar yet irreplaceable parts, each separated by years and space and tragedy: the first here a rural pastoral, the second an adventure at the edge of the earth, as it were. If the story’s beginnings leaned toward a filmmaking peer, its later parts bare the marks of something older—flashes of Sergio Leone and Werner Herzog, with their Westerns and conquistadors. (In spite of what unfolds, it is the more conventional half.) Working with cinematographer Simone D’Arcangelo, De Righi and Zoppis create a world of dreamlike moments: Emma arriving in traditional dress to lead the procession through the village; Luciano crashing the prince’s party to the hypnotic war drums of Vittorio Giampietro’s score; and, much later, a mountain lake that shimmers with all that lies below. It is that fleeting hint of myth that sets De Righi and Zoppis’ debut apart and what ultimately casts the most beguiling spell.

The Tale of King Crab screened at Doclisboa 2021 and will be released by Oscilloscope.