DOC NYC Reviews: A Pair of Music Legends Get the Spotlight in Crock of Gold: A Few Rounds With Shane MacGowan & Ronnie’s 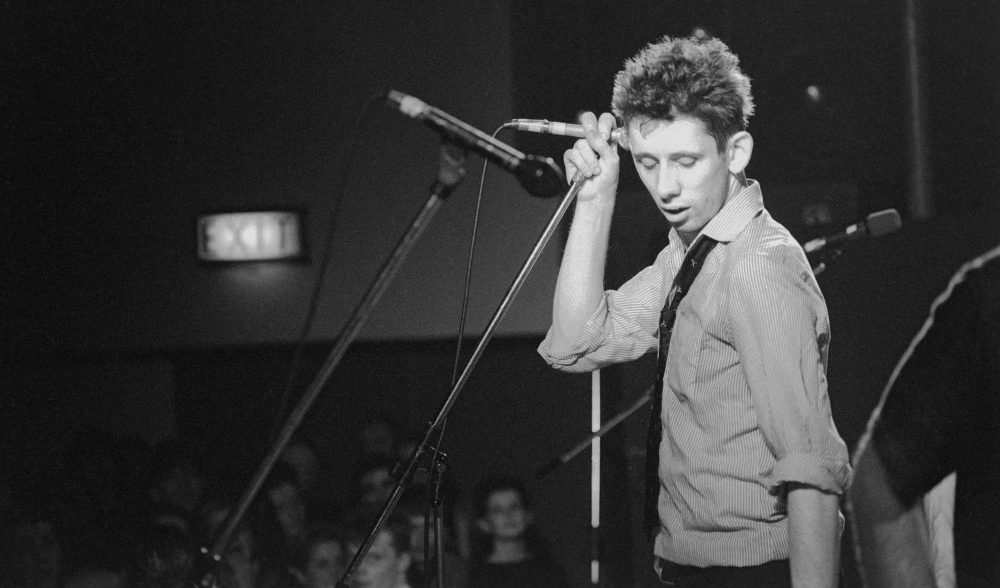 Did ex-Pogues frontman Shane MacGowan and the late London jazz club impresario Ronnie Scott ever cross paths? As key figures of the last century of music, it is certainly possible. And based on the documentaries Crock of Gold: A Few Rounds With Shane MacGowan and Ronnie’s, it is enticing to ponder the conversation that might ensue between the ragged Irish eccentric (MacGowan) and the witty tenor sax man turned club owner (Scott). The gobsmackingly entertaining Crock of Gold and well-made if less enthralling Ronnie’s make a strong case that both figures have left an indelible mark on music. And while director Julien Temple’s Gold is far more memorable than Oliver Murray’s Ronnie’s, both films deserve attention. Crock of Gold is making its North American premiere at the DOC NYC festival, while Ronnie’s is making its international premiere.

It should come as no surprise that a portrait of Shane MacGowan is tremendously amusing. But in the hands of Temple, always a stronger director of documentaries (Sex Pistols’ doc The Filth and the Fury, Joe Strummer: The Future Is Unwritten) than narrative works (Absolute Beginners), Crock of Gold is even smarter, funnier, and more moving than anticipated. Temple adroitly cuts between new interviews with a visibly frail MacGowan, oodles of archival interviews and footage, animation, and comments from family members and friends (including Johnny Depp and Primal Scream frontman Bobby Gillespie). The results are extraordinary.

The first section of Crock of Gold is a simultaneously nostalgic and eye-opening view of MacGowan’s childhood in rural Ireland. He was a self-described “religious maniac” at age four, and a stout drinker by five. His stories of youthful rabble-rousing are genuinely hilarious, yet they are also touched by sadness. When MacGowan and Irish politician Gerry Adams discuss the Great Hunger of 1845 to 1849, MacGowan recalls––more than a hundred years later––finding the bones of the dead buried on the beach. This mix of joy and solemnity is a central tenet of the Pogues’ music, and of Irish heritage itself.

Moving to London as a child was devastating, and yet it was here that MacGowan would eventually first find success. But before that was acid, the Sex Pistols, cheerful poverty, and, finally, a lightning bolt of inspiration: music rooted in “the Irish diaspora in London.” Thus, the Pogues, the band whose leader was intent on ‘following the Irish way of life. Cram as much pleasure as you can into life and rail against the pain you have to suffer as a result.”

Temple’s film is most effective here, as the Pogues crash into the charts and become, in MacGowan’s words, “a commercial f——— success.” There are high highs — the classic album Rum, Sodomy & the Lash. the immortal “Fairytale of New York,” a.k.a., the greatest Christmas song ever recorded. However, the lows for MacGowan are, well, very low: heroin addiction, admittance into a psychiatric hospital, and, eventually, being booted from the Pogues. Temple’s film comes to a close leaving the audience pleased our hero is alive, but saddened at his state. His sister puts it best: “He saved Irish music. I think that’s what he’d like his legacy to be.”

Crock of Gold runs a bit too long––it clocks in at more than two hours––and, surprisingly, avoids a couple of topics sure to be on many viewers’ minds: MacGowan’s notorious teeth, which he had fixed on a U.K. reality show in 2015, and the accident which led to his current wheelchair use. The teeth avoidance is particularly unexpected; if MacGowan is best known in pop culture for “Fairytale of New York,” not far behind would be THE TEETH. But while these are surprising omissions, they inflict little real damage.

After the beer-fueled live shows glimpsed in Crock of Gold, the club scenes in Ronnie’s seem almost quaint. The club itself is the type of venue that urges audiences to “turn your mobiles off because you’re about to experience some of the world’s greatest musicians.” And my goodness, that’s true. The names are a murderer’s row of talent: Oscar Peterson, Dizzy Gillespie, Miles Davis, Ella Fitzgerald, Nina Simone, Chet Baker––even Jimi Hendrix. The man who brought these iconic figures together, Ronnie Scott, is the focus of Oliver Murray’s modest and enjoyable (if unmemorable) film. Yet it’s the world of Ronnie Scott’s Jazz Club that most intrigues.

Scott was a well-regarded saxophonist in London, but it was his visit to the jazz clubs of Manhattan that set the plan for Ronnie’s in motion. Located in bohemian Soho, an area dotted with colorful characters, the club became legendary. Even so, Scott and co-manager Pete King struggled to keep things afloat. That makes the film’s final shot––of the now-deceased Scott and King, sitting together in front of the Ronnie’s stage––especially poignant.

It is perhaps a disservice to discuss Ronnie’s alongside Crock of Gold; few individuals are as fascinating as MacGowan. However, there is no getting around it: as well-made as Ronnie’s is, the documentary will mainly be of interest to music obsessives––or, to be more specific, jazz die-hards. Those audience members will surely be delighted. As for Crock of Gold, it is impossible to imagine a more worthy profile subject than Shane MacGowan. The greatest legacy of both films is that they make us want to listen to the music we have heard on screen, right now. The late Ronnie Scott and battered but ever-feisty Shane MacGowan would likely be very pleased to see that result.

Crock of Gold: A Few Rounds With Shane MacGowan (Grade: B+) and Ronnie’s (Grade: B-) are now playing through November 19 at DOC NYC.