DOC NYC Review: Splice Here: A Projected Odyssey is an Essential Ode to the Art of Celluloid Exhibition 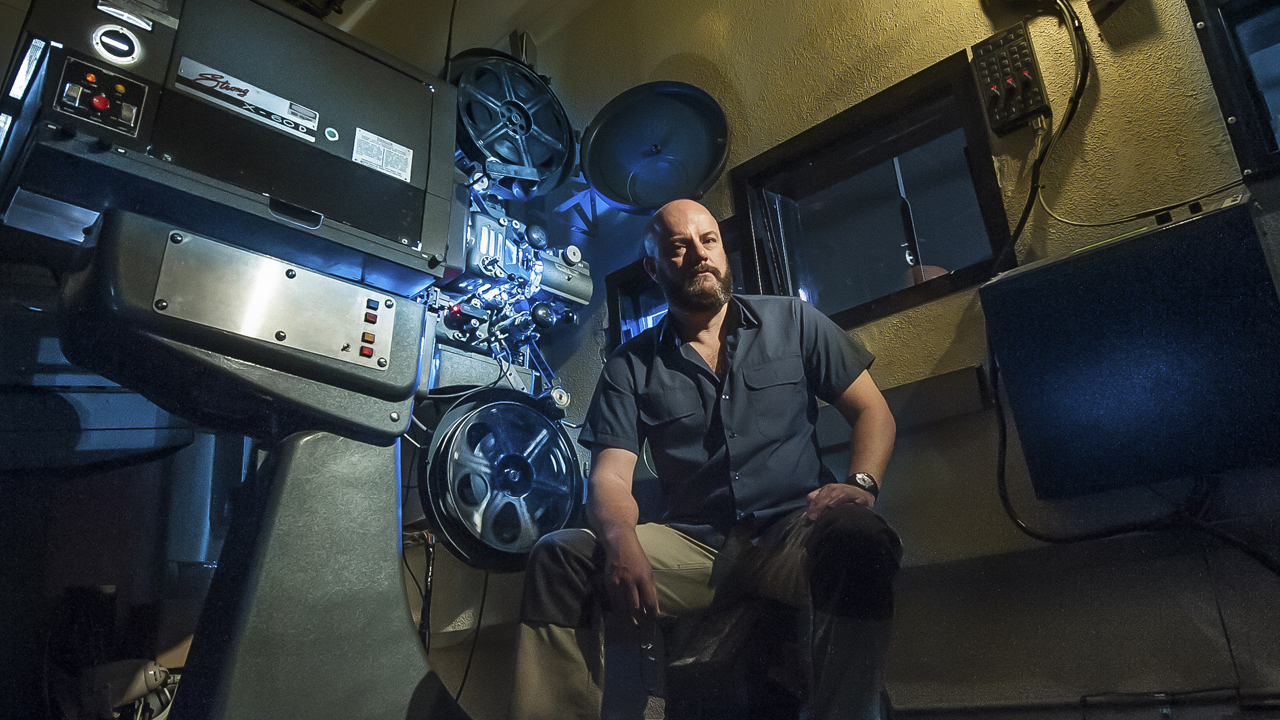 Despite the intentions of any director or director of photography, the person with the final say in how a film will look when screened for an audience is the projectionist. And if you’re lucky enough to have someone like Rob “Bert” Murphy, you know the show will look and sound as the filmmaker intended. If Murphy is attending DOC NYC this weekend, I hope he doesn’t veer off to an AMC multiplex and find a 3D polarizer permanently affixed to one of those Sony projectors that make films appear darker and slightly more purple than they should––a critical failure that New York audiences have been subjected to for at least the last ten years. But we digress.

Splice Here: A Projected Odyssey, directed and featuring Murphy, is a celebration of cinematic exhibition. This includes the quirky network of projectionists, collectors, and innovators who keep film alive and preserve film history. Murphy, whose day job includes overseeing projection at the restored art deco Sun Theatre in Melbourne, Australia, is of a generation that started their careers threading up 35mm before digital cinema’s automated playlists made them redundant. It is a credit to the operators of the Sun that they keep a projection staff on. Said staff comes in handy by convincing the general manager that it would be worth it to reinstall a 70mm projector for The Hateful Eight. When they can’t find a critical lens and sound reader, they make a pitch video that captures the attention of the ultimate cinephile: Quentin Tarantino.

A personal odyssey through film history, Murphy is a terrific tour guide on the history and future of projected film. Those lucky enough to live “on the coasts” have no trouble finding 35mm presentations daily at QT’s New Beverly in LA, the Metrograph in New York, and occasionally––although less since their bankruptcy and reorganization––at various Alamo Drafthouse locations around the country.  Murphy grew up traveling up to ninety minutes away to see 70mm prints at the Hoyts Cinema Center, a “modern” picture palace that opened in 1969 with three auditoriums that each sat around 800 patrons.

While the film doesn’t unpack the extensive history between the Hoyts chain and Fox, it is a fascinating companion to Ross Melnick’s recently published, sprawling Hollywood’s Embassies, which explores the efforts of studios to build showroom theaters around the world to show off the latest and greatest standards for presenting studio features.

The white whale for Murphy is the three-strip Cinerama, which required three synchronized projectors to create an ultra-wide screening on a sprawling tryptic screen. With the equipment for a proper three-strip Cinerama seemingly scrapped from the continent of Australia, the lack of prints, and the temporary closure of two of the three proper Cinerama auditoriums (in Hollywood and Seattle), it becomes increasingly difficult to see 1952’s This Is Cinerama as intended on film. In Australia, Murphy gets close, visiting the makeshift backyard of projectionist John H. Mitchell, a film collector who cobbled together the parts, finding and preserving as many prints as he could before they warped. We see that Mitchell has fashioned a giant curved screen in his backyard for an evening of movie watching under the stars.

Splice Here doesn’t quite lament the digital transition––which has widely been the norm for commercial exhibition for the decade––as it looks ahead to interesting new formats, including Laser IMAX and the new technologies developed by Douglas Trumbull: combining high frame rates with a shutter to create a more natural “window”-like look than HFR experiments by Peter Jackson and Ang Lee. Digital, for all its faults, is necessary.

Along the way, Murphy finds a sense of community around the world from workshops that explore discovering “lost” films, including nitrate prints (many of which we learn used to kindle the fires in Gone with the Wind’s elaborate Atlanta burning sequence). Splice Here is essential viewing for film geeks, celebrating an army of projectors, collectors, filmmakers, archivists, and inventors that care about preserving and advancing film culture. A sprawling and personal journey that is rewarding mostly because Murphy is an engaging guide, he has fashioned a generous and well-researched cinematic essay.