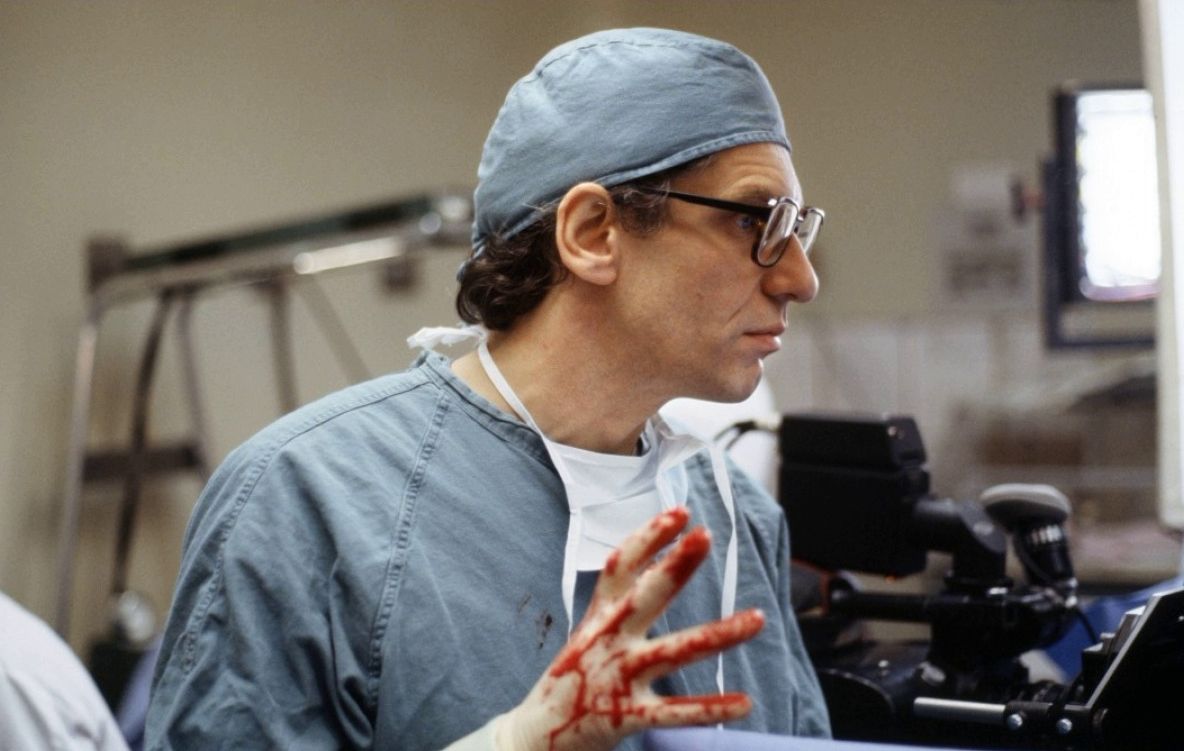 We are mere days away from being in the year of a new David Cronenberg movie. With filming having wrapped in Greece on Crimes of the Future––his sci-fi drama starring Léa Seydoux, Kristen Stewart, Viggo Mortensen, Scott Speedman, Welket Bungué, Don McKellar, Lihi Kornowski, Tanaya Beatty, Nadia Litz, and Yorgos Karamichos––the director is now in the editing room and new plot details have arrived. While the film borrows the name from his early 1970s feature, the story is completely different, featuring a script Cronenberg wrote two decades.

“It’s set in a world where people have evolved to a point where we don’t feel physical pain,” Stewart tells Screen Daily. “Sex has changed quite a bit, and the new art form is growing organs. Viggo [Mortensen] is a famous performance artist. Léa Seydoux is his partner who tattoos these organs and displays them. My character becomes enamoured with Viggo’s artist.”

In a conversation between Stewart and Cronenberg at Document, the director expanded, “I wrote this script 20 years ago, so it was almost like a script that somebody else wrote. Except for some of the roles that I cast in Athens, with Greek actors, I had never heard any of the dialogue spoken before. So to hear Kristen start to speak the lines of this character, it was a shock! I was like, ‘Oh, my God, this is a living creature—out of control, in the sense that it has its life–and it’s coming to life right in front of me.'”

He added, “The only rewriting had to do, mainly, with changing the locations, not with the characters or the dialogue or anything like that. In fact, I must confess that some scenes I hadn’t read for 20 years. I was kind of shocked. I thought, ‘What is this crazy writer doing? How does he expect me to make this work?”

In case you missed it, here’s the official synopsis from NEON:

Taking a deep dive into the not-so-distant future where humankind is learning to adapt to its synthetic surroundings. This evolution moves humans beyond their natural state and into a metamorphosis, altering their biological makeup. While some embrace the limitless potential of trans-humanism, others attempt to police it. Either way, ‘Accelerated Evolution Syndrome’ is spreading fast. Saul Tenser is a beloved performance artist who has embraced Accelerated Evolution Syndrome, sprouting new and unexpected organs in his body. Along with his partner Caprice, Tenser has turned the removal of these organs into a spectacle for his loyal followers to marvel at in real time theatre. But with both the government and a strange subculture taking note, Tenser is forced to consider what would be his most shocking performance of all.

With Cronenberg going fully back to his body-horror days, we can’t wait to see the results. As for when we may be actually able to see it, the director revealed to Now Toronto that he’s hopeful a Cannes Film Festival premiere is in store and a June 2022 Canadian release has been set, which matches up with that plan.