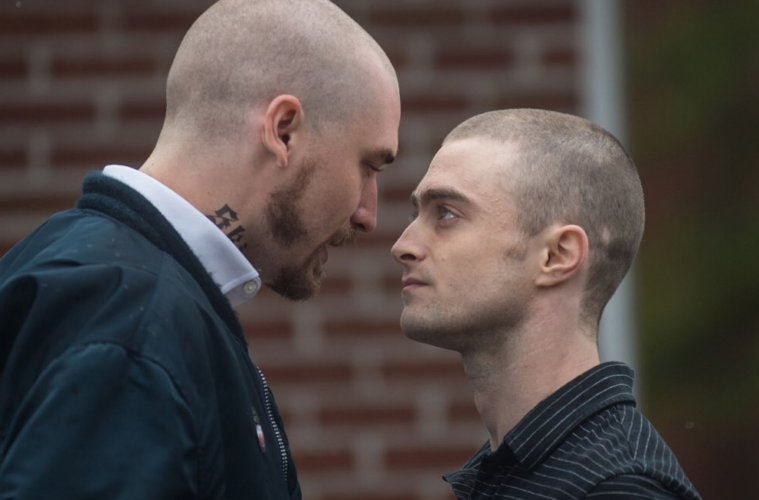 While Daniel Radcliffe could have easily fallen into a comfortable groove after the global attention of Harry Potter, one has to appreciate that it’s difficult to guess what exactly he’ll do next. Following up the summer’s break-out hit Swiss Army Man, he’ll be playing the next “best” thing to a dead corpse: a neo-Nazi.

More specifically, in Imperium he’s an FBI agent who goes undercover in a radical terrorist group. The first trailer has now arrived today and we’ll find out soon if this has the edge and tension of something like Green Room, as it gets released in August. Also starring Toni Collette, Tracy Letts, with Nestor Carbonell, Burn Gorman and Sam Trammell, check out the trailer and poster below for Daniel Ragussis‘ directorial debut.

Nate Foster (Daniel Radcliffe), a young, idealistic FBI agent, goes undercover to take down a radical right-wing terrorist group. The bright up-and-coming analyst must confront the challenge of sticking to a new identity while maintaining his real principles as he navigates the dangerous underworld of white supremacy.

Imperium arrives on August 19th in theaters and on VOD.