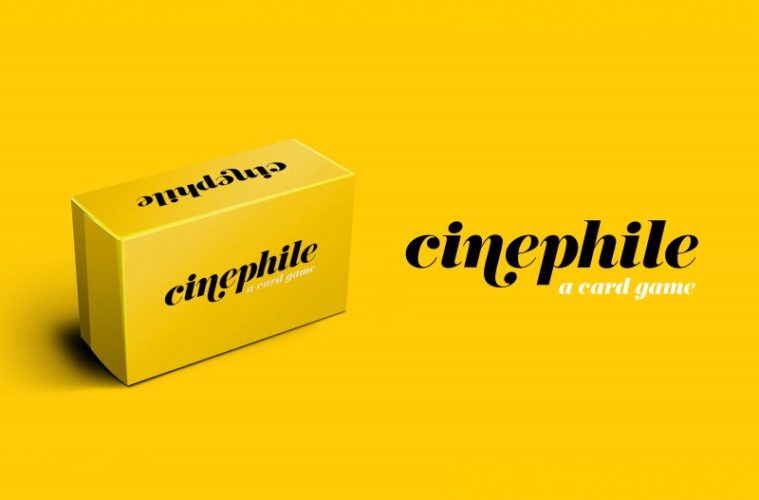 Cinephile: A Card Game is a New Essential, Beautifully-Designed Game for Film Lovers

After exhausting all possibilities when it comes to connecting Kevin Bacon to every other actor, one may be looking for a new kind of game to hit your cinephile sweet spot. It has now arrived with the aptly titled Cinephile: A Card Game.

In what looks to be The Criterion Collection of card games, Cinephile presents 110 cards (with expansion packs to follow), each featuring a beautifully-designed illustration of an actor as a character they’ve portrayed, some lesser known than others. Able to be played solo or in a group, one person draws two cards and tries to connect the two actors in six degrees or less. And that’s only one of the game modes.

We talked to the game’s founder, Cory Everett, about his reason for making the game and his approach to the gorgeous, hand-crafted design, courtesy of illustrator Steve Isaacs. First, however, his Kickstarter launch video will sell it better than any words can, so watch below.

“I’ve been a movie nerd my whole life and what comes with that is also loving movie games, from Scene It back in the DVD era to Videology trivia in Williamsburg,” Everett tells us. “Then, recently I became dad and am not able to get to Videology quite as often as I used to, so I was interested in something I could play at home. I looked around a little bit and wasn’t really finding what I was looking for, so I basically decided to make that game.”

“For the last ten or fifteen years, on every road trip, day at the beach, time standing in line that I’m bored, I’ll say to my friend, wife, family, whoever: “Give me two actors.” The object of the game is to connect two actors through their filmographies. You can play solo or social and there are an infinite number of ways to connect any two actors and all are valid so long as they are done in six films or less, but the lower the number of degrees the better.

He adds, “So I started from that place of ‘Well, I know that works. A deck of cards could just be the instigator.'” Introducing another mode of play, the object of Filmography is to name more films by one actor/actress than your opponents. There is no limit to the number of people who can play but you must have at least two players. “So, if you say Tom Hanks, pretty much anybody could name one of his movies. So you take turns naming those movies until someone gets stumped. Then they’re out and you keep going around until there’s only one person left. So I thought with the same deck of cards you could play both of those games and if the cards are well-designed and the games are simple, I don’t see why this doesn’t exist.”

“I think there’s a lot of games–not just movie games, but all games–that are pitched at the broadest possible audience,” says Everett, who works as an art director when he’s not watching movies. “From the very beginning, when I thought about doing this, I wanted to make The Criterion Collection of card games, simple and beautiful and have a sense of humor to it. I don’t know that everybody will be able to play this game, because if I went to my mom and said, ‘Link these two actors together,’ I don’t think she could do it, but I know that everyone at Videology could do it, everyone that comes to The Film Stage can do it. And I wanted to make a game for those people. So I hope that the people that will be into this, will be really into it because I’m making it for them.”

Cinephile: A Card Game is now accepting pre-orders on Kickstarter through May 27. See more information on their official website, where it will be available for purchase beginning this fall.