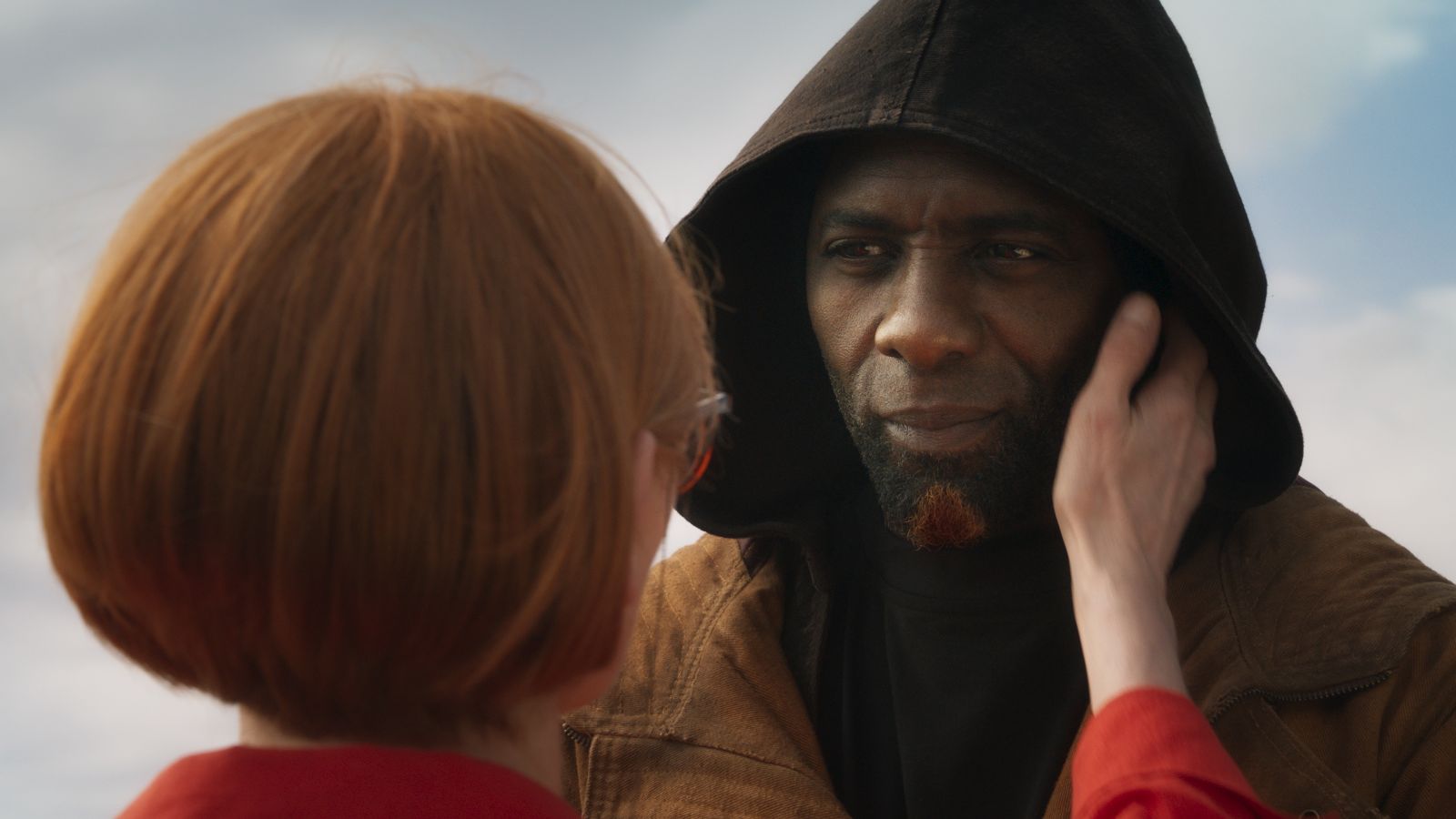 In Three Thousand Years of Longing, an introverted historian (as if there’s another kind) meets a genie. The historian is played by a bespectacled Tilda Swinton, affecting a North English accent, and the genie (or “djinn,” to use Arabic, as is this film’s wont) by Idris Elba—blue, shimmering, with pointy ears, and liable to disappear in a puff of smoke if the appropriate words are spoken. The director is George Miller, directing for the first time since Mad Max: Fury Road in 2015. As acts to follow go, they don’t get much harder.

What Fury Road‘s success does allow, it seems, is a free swing. And as a testament to Miller, he puts his back into it. Three Thousand Years of Longing is the most “passion project”-looking passion project to have graced us in quite some time. Freewheeling through eras and Arabic mythology with breezy, bonkers ease, it offers its scattershot secrets like a fable. The film is adapted from Booker prize-winning author A.S. Byatt’s The Djinn in the Nightingale’s Eye; I was also reminded of The Merchant and The Alchemist’s Gate, a recent masterpiece by Ted Chiang. Swinton plays Alithea Binnie, a professor of no less than the history of storytelling itself. In the beginning she introduces her own tale through voiceover, awkwardly gesturing toward the magical aspects of modern life: flying on “metal wings”; describing smartphones as “glass tiles that coaxed love songs from the air.” She calls Albert Einstein a “wizard, guiding us through time.” You get the vibe.

A chamber piece and a series of shorts in one, it is a pretty ambitious vision, though as Alithea might tell you, when ambition goes unchecked, disaster is never far behind. Throwing all sorts of stuff at the wall, Miller just about stays abreast of it. Alithea has come to Istanbul to give a lecture (something about superhero stories being the equivalent of mythology, etc.) but faints onstage when she appears to see the wispy ghost of King Solomon, something never explained. Back in her hotel, after opening a glass bottle from the bazaar, she releases the Djinn, who immediately sets upon regaling her with the highs and lows of his three millennia of servitude while waiting to grant her heart’s desires. The addendum is standard: three wishes, no extras, no eternal life. When the third is granted, he’s free to go.

As swings go, Three Thousand Years of Longing is a miss, but there is something infectious about Miller’s confidence here: you’re never too far from an idea to enjoy. Against odds Elba even convinces in the role––his longing feels genuine, almost soulful. Swinton, bookish and sensible in a bowler cut, provides him an equal sparring partner, with chemistry there to boot. If not everything works, their conversation in the hotel provides an anchor and a sense of clarity. I kind of didn’t want it to end. The djinn’s first yarn takes us back to the time of Shiva; his second concerns a commoner who wishes to marry a prince; and the third a genius inventor. Alithea’s profession means that she approaches each story with a critical eye.

Applying some of the breakneck editing that gave Fury Road its unique verve, Miller adapts Byatt’s text for the screen with a kind of hyper creativity that becomes a bit much after a while. There are lots of fleshy bits in one section concerning a prince with a fetish for larger bodies; there are some scary parts, as a meeting with a frightening creature suggests an intriguing antagonist, but it’s a thread that Miller leaves unexplored; there are battles and chases that get a bit lost in the dusty CGI haze; there is an aside about racism at the end, courtesy Alithea’s prim neighbors; and, as you might have guessed, words of caution about the sustainability of modern life. Amongst all that there are some moments of beauty. It’s far from perfect, but it does try new things. There is much to be said for that.