Busan Review: Zhang Yimou’s One Second is a Reverent Ode to the Magic of the Cinematic Experience 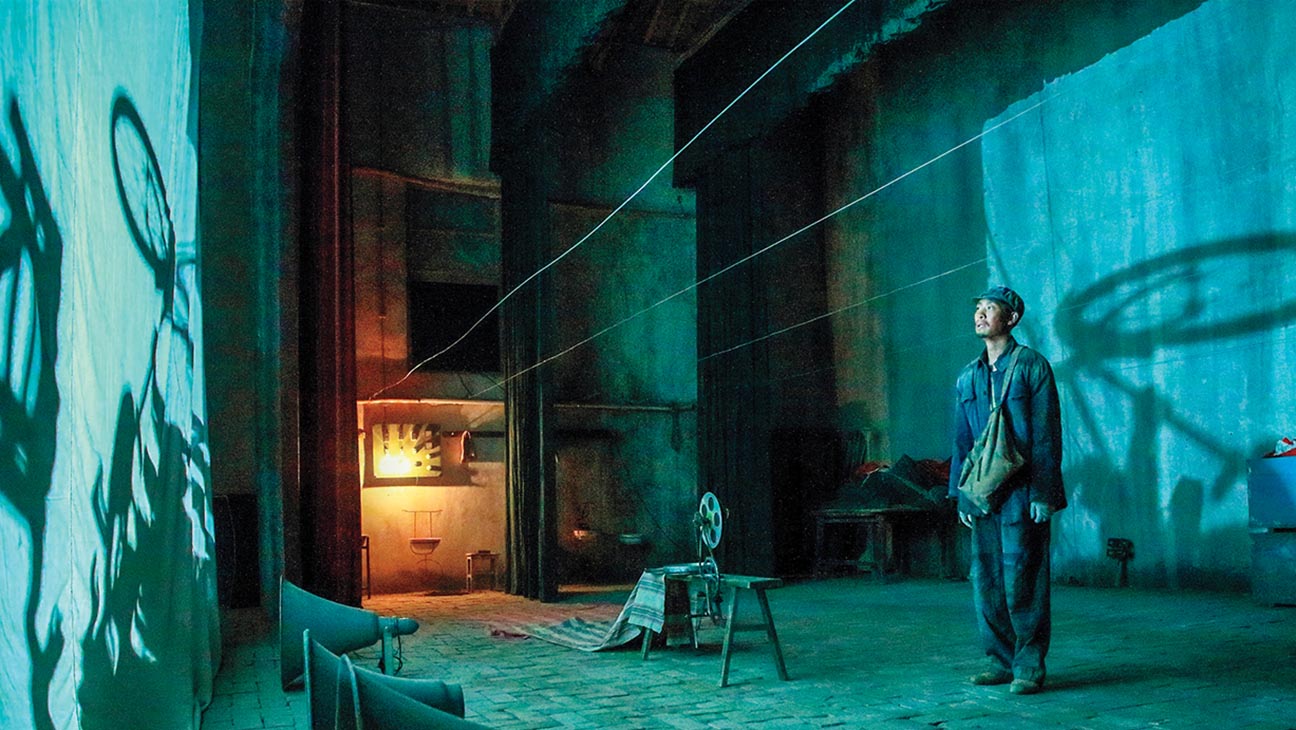 Zhang Yimou has one of the more fascinating careers of any director. He became a pioneer figure of contemporary Chinese arthouse cinema in the late 1980s / early 1990s, winning top prizes at European film festivals with gritty, hard-hitting dramas that defied ideological guidelines of the time. To Live, winner of the Grand Prix at Cannes in 1994 and widely considered his crowning directorial achievement, was such a blistering indictment of the Chinese regime it never received a theatrical release at home.

Around the turn of the millennium he started making a very different type of movie––lavish, CGI-laden blockbusters like Hero, House of Flying Daggers, and Curse of the Golden Flower. These often impersonal, politically correct (or muted) spectacles proved so popular he began attracting Hollywood attention, leading him down a misguided path towards the zillion-dollar abomination that is The Great Wall. His conceptually intriguing, if still visually exhausting follow-up Shadow was seen as a rebound in part because from the depths of the Matt Damon-starrer there was nowhere to go but up.

All this is to say I was pleasantly surprised Zhang Yimou still has what it takes to make a film like One Second, an intimate, plot-driven human drama that even touches on a couple political nerves. Set during the Cultural Revolution in a remote town in the Chinese Northwest, One Second opens with the nameless protagonist (Zhang Yi) trekking through the desert to reach the town where a propaganda film is set to screen. Upon arriving, he witnesses the theft of the film reel by a vagabond girl (Liu Haocun) and immediately sets out to retrieve it. The stories of these two mysterious characters hellbent on getting one film reel would eventually come to light after they meet the town projectionist (Fan Wei), who is under pressure to show the film no matter what.

Co-written by Zhang Yimou and Zou Jingzhi, One Second is a story of love—between father and child, brother and sister. But one wouldn’t realize that until later, as the script does a great job making viewers guess why the characters do what they do. They themselves take advantage of this secrecy. There’s a scene, early on, where both the middle-aged man and young girl end up in the truck of a good Samaritan. The driver tries to figure out their relationship and each of them comes up with an explanation the viewer knows to be false. It’s a very funny scene that plays with the ever-shifting dynamic between strangers and deepens your curiosity about the duo. The suspense quietly builds until we finally learn who this man is and why he literally crossed a desert to see a movie, which––without giving anything away––is a heartbreaker. It’s the kind of revelation that’s surprising on a narrative level but makes complete, immediate sense emotionally––the finest form of screenwriting.

Translating his own graceful, deeply compassionate script to the screen, Zhang Yimou aims for a stripped-back authenticity. He mostly succeeds. Gone are the garish special effects and over-the-top set pieces. The focus of this film is very much on the story and characters, and we’re with it every step of the way. The scene where we find out what the film’s cryptic title refers to, for example, might be the most devastating one in the whole film, and yet there’s nothing elaborate about it. It’s just one person remarking on something they noticed to another person in the intimacy of a projection room. It packs such emotional impact because of the honesty of the moment—it tells everything left unsaid. Some aspects of this production still seem distractingly pretty, though. I never once believed, for example, that the impoverished girl’s hair is really dirty and not expensively styled and coiffed to look unwashed. Thankfully these are mostly minor details, though it’s a little depressing to know we might never see To Live-level grime in a Zhang Yimou joint again.

Many movies are meant as love letters to cinema and One Second truly is one. It takes us back to a place and time where the magic of the cinematic experience feels fresh, where people treat films––down to the strips of plastic they’re recorded on––with ceremonial reverence. There’s an extended scene where the entire town is mobilized to fix the tangled film reel that’s simply adorable. And the sight of that single light beam cutting across a darkened room full of people sitting in hushed anticipation proves just as beautiful in a makeshift theater in 1970s China as it is in multiplexes today.

It’s ironic that a film like One Second should have been pulled days before its scheduled world premiere at the Berlin International Film Festival in 2019 due to “technical reasons,” a common euphemism for having failed to pass censorship. Online reports suggest the film’s ending had to be redone so it could be released in China in November 2020. The reported original conclusion, which would give the film more of an indignant edge in relation to the Mao regime, makes a lot of sense to me; it’s a shame we didn’t get that version. But even if One Second isn’t exactly How Yimou Got His Grit Back, it certainly shows signs that things are going in the right direction.

One Second screened at the Busan International Film Festival and will be released by NEON.