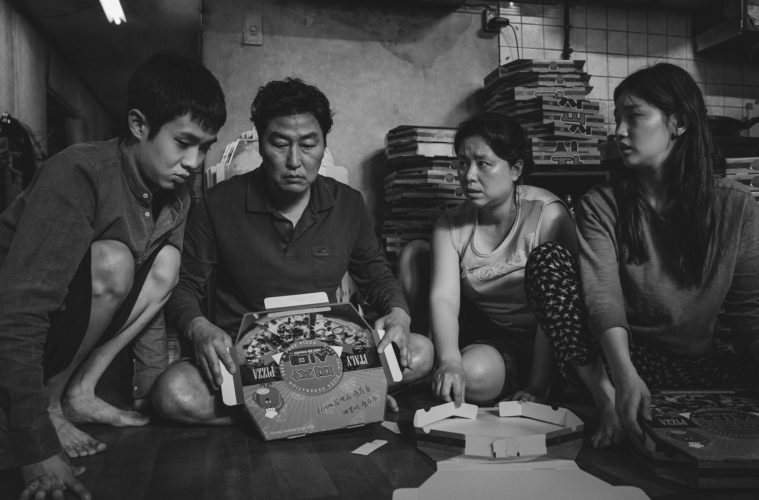 Ranking near the top of our list of the 50 best films of 2019, Bong Joon Ho’s Parasite has taken the world by storm. Nearing the $22 million mark in the U.S. alone (and $126 million worldwide), his social thriller/comedy/horror/drama is one of the great success stories to close out the 2010s, and now the decade is ringing in with a new way to experience the film.

Following in the footsteps of Mad Max: Fury Road, Logan, and The Mist, a black-and-white version of the film will be premiering at International Film Festival Rotterdam, which begins January 22. While there are no details yet on precisely why Bong Joon Ho wants to present a black-and-white version of the film, if one goes back a few years, a few hints are revealed as it pertains to another project.

Back in 2013, around the time of Snowpiercer, a black-and-white version of his 2009 film Mother premiered at the Mar Del Plata International Film Festival. As David Bordwell reports, “He told his cinematographer, Hong Kyung-pyo, that he’d always wanted to make a black-and-white film but that no producers would finance one nowadays. Hong suggested that they remake Mother in black-and-white. So during postproduction on the big film, they used spare days to redo the color data from the older one. It wasn’t simply a matter of hitting a button. They performed color correction shot by shot so as to control the exact degree of tonality and contrast.”

One imagines the same amount of care was put into the Parasite version and a tidbit from Bong during the Q&A back in 2013 reveals his intentions. After watching a completely silent screening of Nosferatu, the director said, “It was a very purified experience” and he wanted to go back to “a very pure state of film, like a salmon swimming upstream.” As it pertains to the experience of Mother in black-and-white, Bordwell added, “It really does become more of a film noir–harsher, bleaker, and more somber.”

One can add Jim Jarmusch to chorus of Bong fans as he’s named Parasite his favorite films of 2019. In an article for Walker Art Center about the year in review, the Paterson director said, “Director Bong Joon Ho’s film Parasite is a theatrical hit! What years ago was referred to as “Asia Extreme” is now mainstream, and (as with Billie Eilish) sometimes the weird shit is needed and embraced by popular culture. Parasite is a blood-splattered, socially confrontational breath of fresh air.”

As for the black-and-white version of Parasite getting an expanded release, Mother in B&W eventually got a disc release only in South Korea (one that’s impossible to now find). But, for now, the regular Blu-ray edition of his Palme d’Or winner will have to suffice, arriving on January 28.

For more on Parasite, read our interviews with the director and cast here and listen to our discussion on The Film Stage Show below.