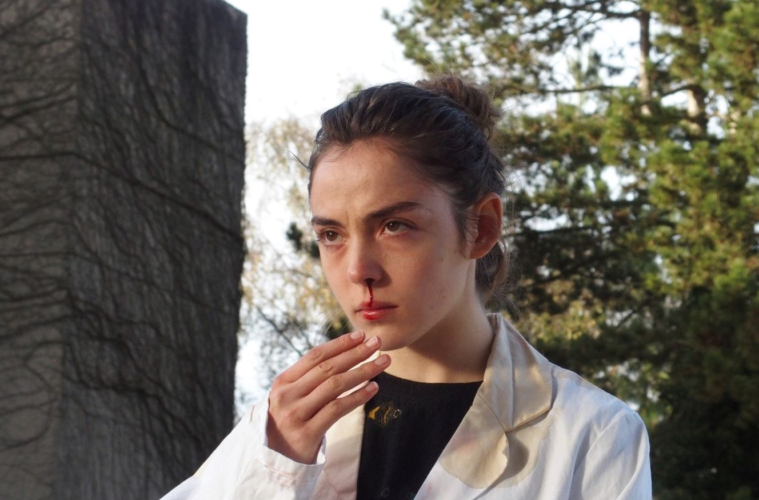 Following next month’s The Lure, if you are in the mood for another international, acclaimed cannibal film, one will be here very soon. Julia Ducournau‘s debut feature Raw, which made bloody waves at Cannes, TIFF, Fantastic Fest, and soon to arrive at Sundance, will be landing in the U.S. this March. Ahead of the release, Focus World have now released the first red band trailer, which you may not want to watch on your lunch break. (If you are eating, the green band version is a safer bet.)

We said in our review, “Of course, another coming-of-age tale, triggered by the image of sunshine glistening through the windshield of her parents’ car, presenting an aesthetic and narrative mode to be subverted through the foray into the horror genre. Yet when you boil it down, the shocks of Raw — or, rather, Justine’s various humiliations — belong more to a dire Todd Solondz cringe comedy, even if there are aspirations to Carrie.”

Check out the trailer below, along with a green band version.

Everyone in Justine’s family is a vet. And a vegetarian. At sixteen she’s a brilliant student starting out at veterinary school where she experiences a decadent, merciless and dangerously seductive world. Desperate to fit in, she strays from her family principles and eats raw meat for the first time. Justine will soon face the terrible and unexpected consequences as her true self begins to emerge.